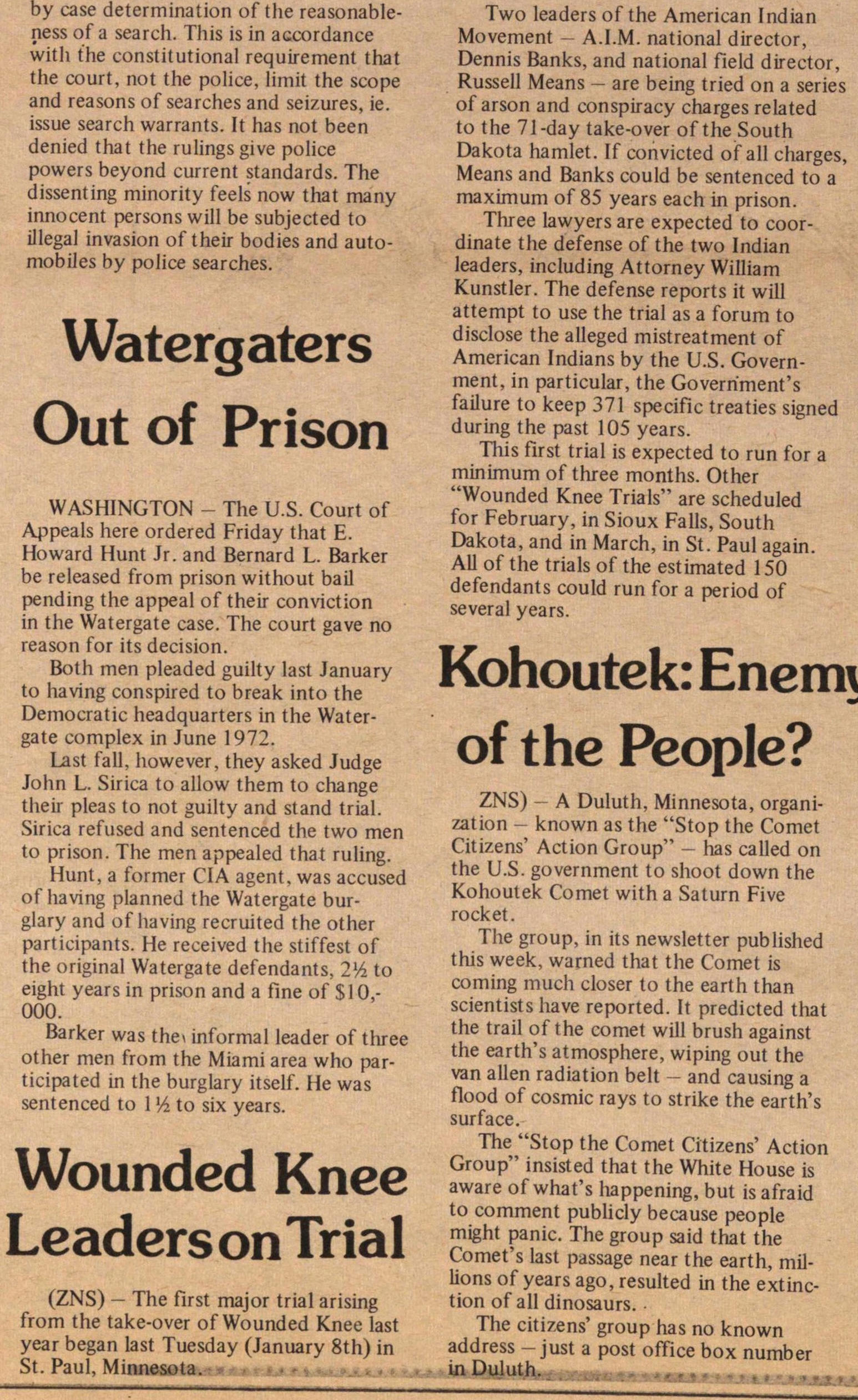 (ZNS) - The first major trial arising from the take-over of Wounded Knee last year began last Tuesday (January 8th) in St. Paul, Minnesota. Two leaders of the American Indian Movement - A.I.M. national director, Dennis Banks, and national field director, Russell Means - are being tried on a series of arson and conspiracy charges related to the 71-day take-over of the South Dakota hamlet. If convicted of all charges, Means and Banks could be sentenced to a maximum of 85 years each in prison. Three lawyers are expected to coordínate the defense of the two Indian leaders, including Attorney William Kunstier. The defense reports it will attempt to use the trial as a forum to disclose the alleged mistreatment of American Indians by the U.S. Government, in particular, the Goverriment's failure to keep 371 specific treaties signed during the past 105 years. Tliis first trial is expected to run for a minimum of three months. Other "Wounded Knee Trials" are scheduled for February, in Sioux Falls, South Dakota, and in March, in St. Paul again. All of the trials of the estimated 150 defendants could run for a period of several years.