Kohoutek: Enemy Of The People? 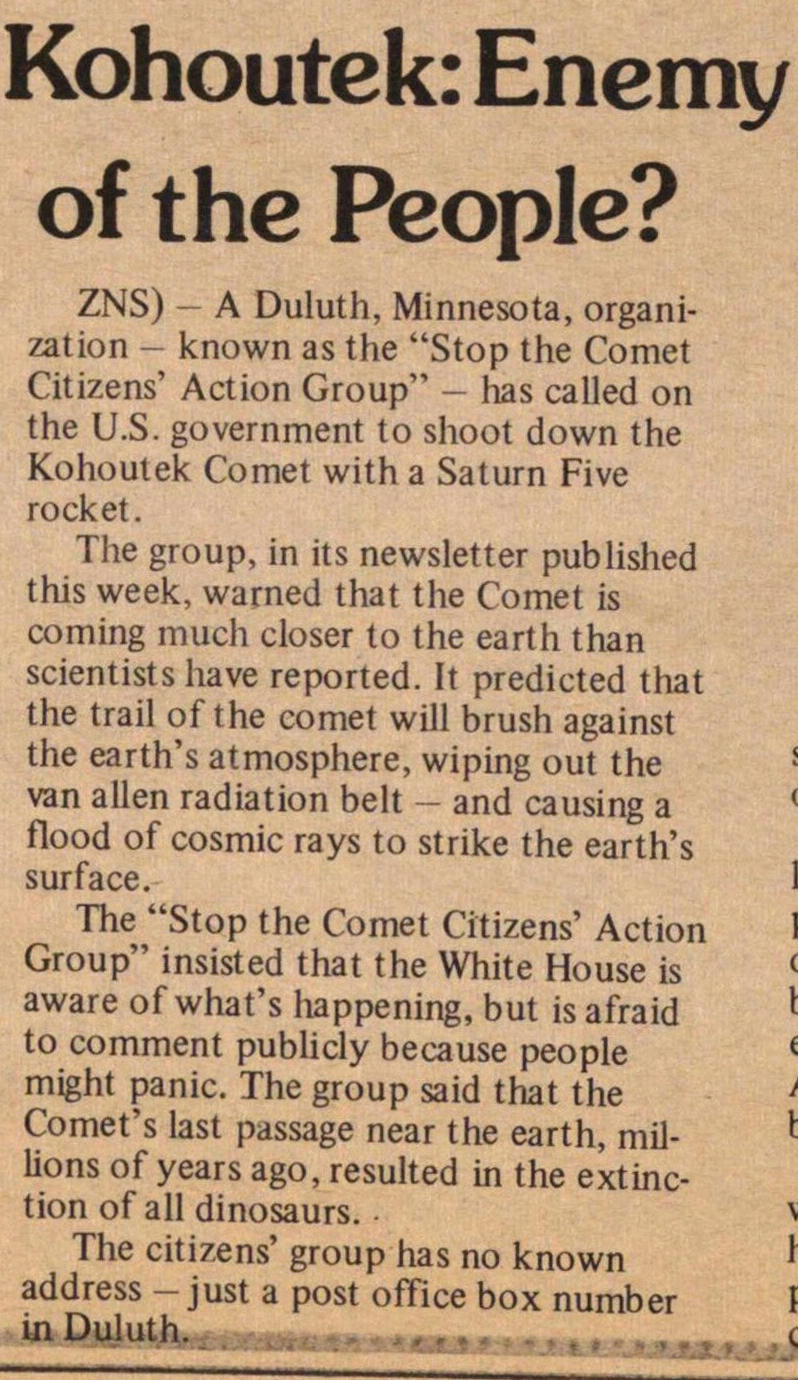 ZNS) - A Duluth, Minnesota, organization - known as the "Stop the Comet Citizens' Action Group" - has called on the U.S. government to shoot down the Kohoutek Comet with a Saturn Five rock et. The group, in its newsletter published this week, warned that the Comet is coming mucli closer to the earth than scientists have reported. It predicted that the trail of the comet will brush against the earth's atmosphere, wiping out the van allen radiation belt - and causing a flood of cosmic rays to strike the earth's surface. The "Stop the Comet Citizens' Action Group" insisted that the White House is aware of what's happening, but is afraid to comment publicly because people might panic. The group said that the Comet's last passage near the earth, mülions of years ago, resulted in the extinction of all dinosaurs. The citizens' group has no known address - just a post office box number in Duluth.