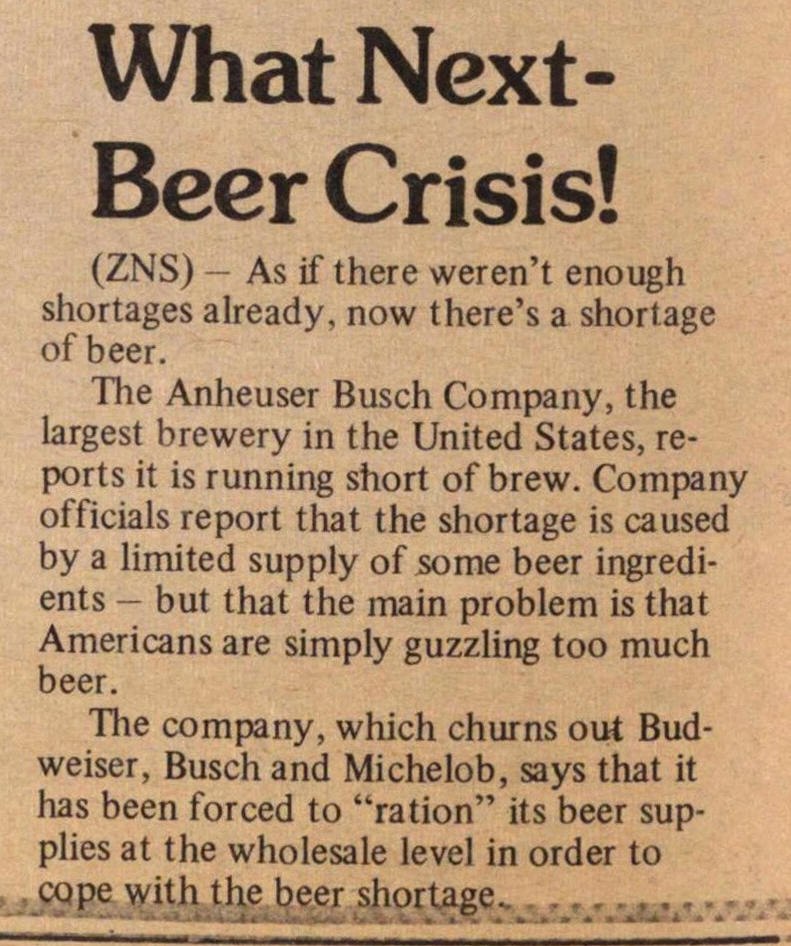 (ZNS) - As if there weren't enough shortages already, now there's a shortage of beer. The Anheuser Busch Company, the largest brewery in the United States, reports it is running short of brew. Company officials report that the shortage is caused by a limited supply of some beer ingredients - but that the main problem is that Americans are simply guzzling too much beer. The company, which churns out Budweiser, Busch and Michelob, says that it has been forced to "ration" its beer supplies at the wholesale leve] in order to cope with the beer shortage.