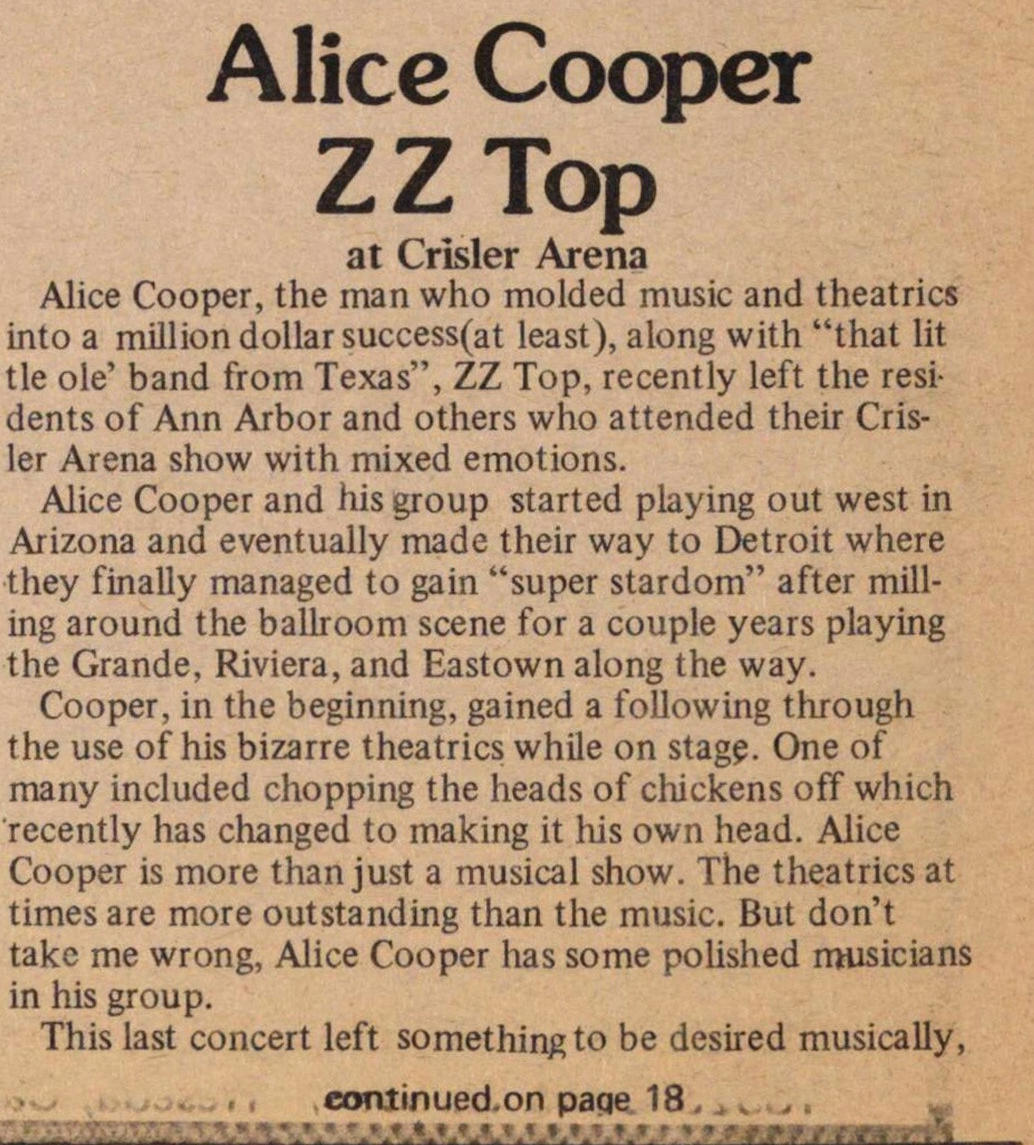 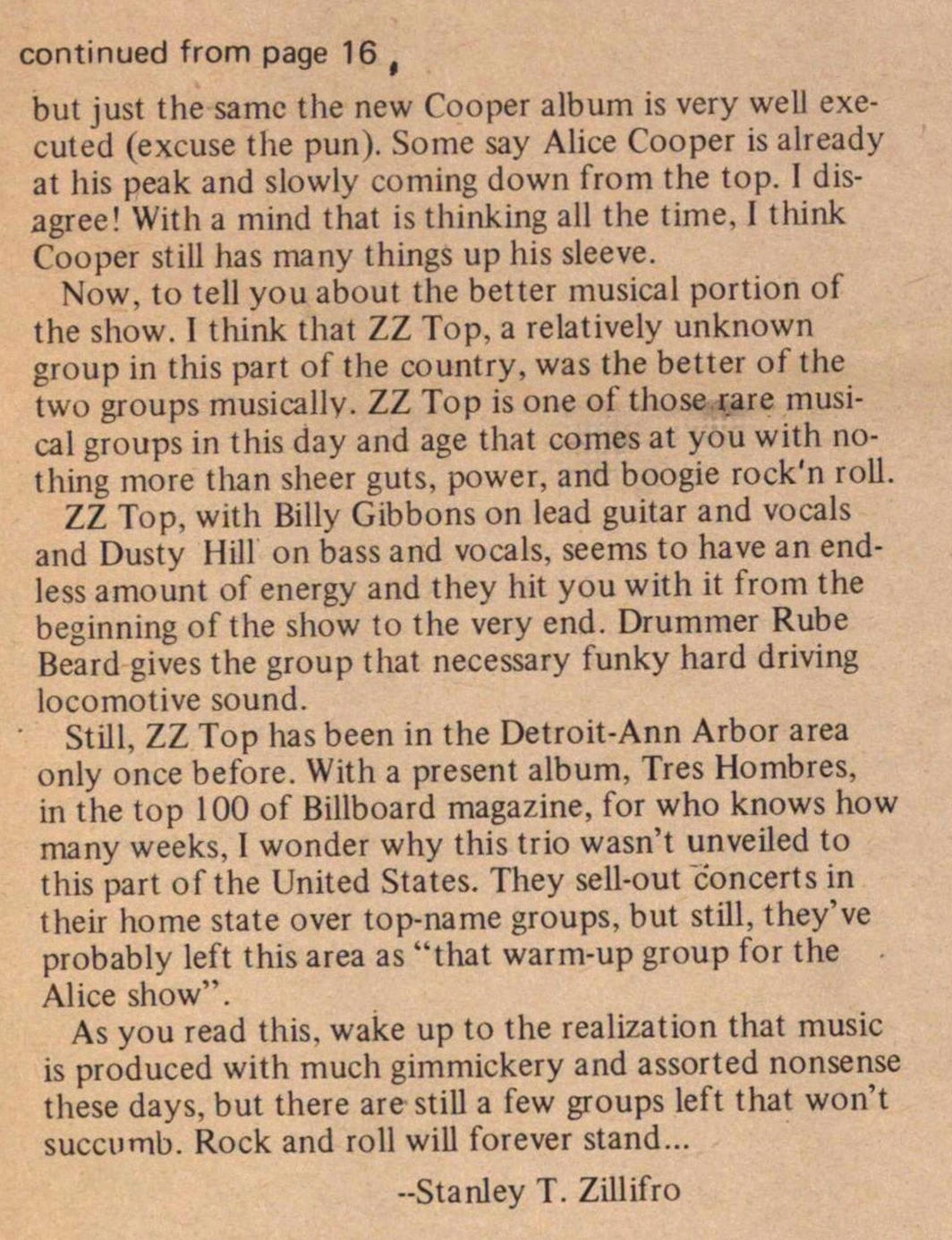 Alice Cooper, the man who molded music and theatrics into a million dollar success(at least), along with "that little ole' band from Texas," ZZ Top, recently left the residents of Ann Arbor and others who attended their Crisler Arena show with mixed emotions.

Alice Cooper and his group started playing out west in Arizona and eventually made their way to Detroit where they finally managed to gain "super stardom" after milling around the ballroom scene for a couple years playing the Grande, Riviera, and Eastown along the way.

Cooper, in the beginning, gained a following through the use of his bizarre theatrics while on stage. One of many included chopping the heads of chickens off which recently has changed to making it his own head. Alice Cooper is more than just a musical show. The theatrics at times are more outstanding than the music. But don't take me wrong, Alice Cooper has some polished musicians in his group.

This last concert left something to be desired musically, but just the same the new Cooper album is very well executed (excuse the pun). Some say Alice Cooper is already at his peak and slowly coming down from the top. I disagree! With a mind that is thinking all the time, I think Cooper still has many things up his sleeve.

Now, to tell you about the better musical portion of the show. I think that ZZ Top, a relatively unknown group in this part of the country, was the better of the two groups musically. ZZ Top is one of those.rare musical groups in this day and age that comes at you with nothing more than sheer guts, power, and boogie rock 'n roll.

ZZ Top, with Billy Gibbons on lead guitar and vocals and Dusty Hill on bass and vocals, seems to have an endless amount of energy, and they hit you with it from the beginning of the show to the very end. Drummer Rube Beard gives the group that necessary funky hard driving locomotive sound.

Still, ZZ Top has been in the Detroit-Ann Arbor area only once before. With a present album, Tres Hombres, in the top 100 of Billboard magazine, for who knows how many weeks, I wonder why this trio wasn't unveiled to this part of the United States. They sell out concerts in their home state over top-name groups, but still, they've probably left this area as "that warm-up group for the Alice show." As you read this, wake up to the realization that music is produced with much gimmickery and assorted nonsense these days, but there are still a few groups left that won't succumb. Rock and roll will forever stand...