But That's What I Saw, Sir 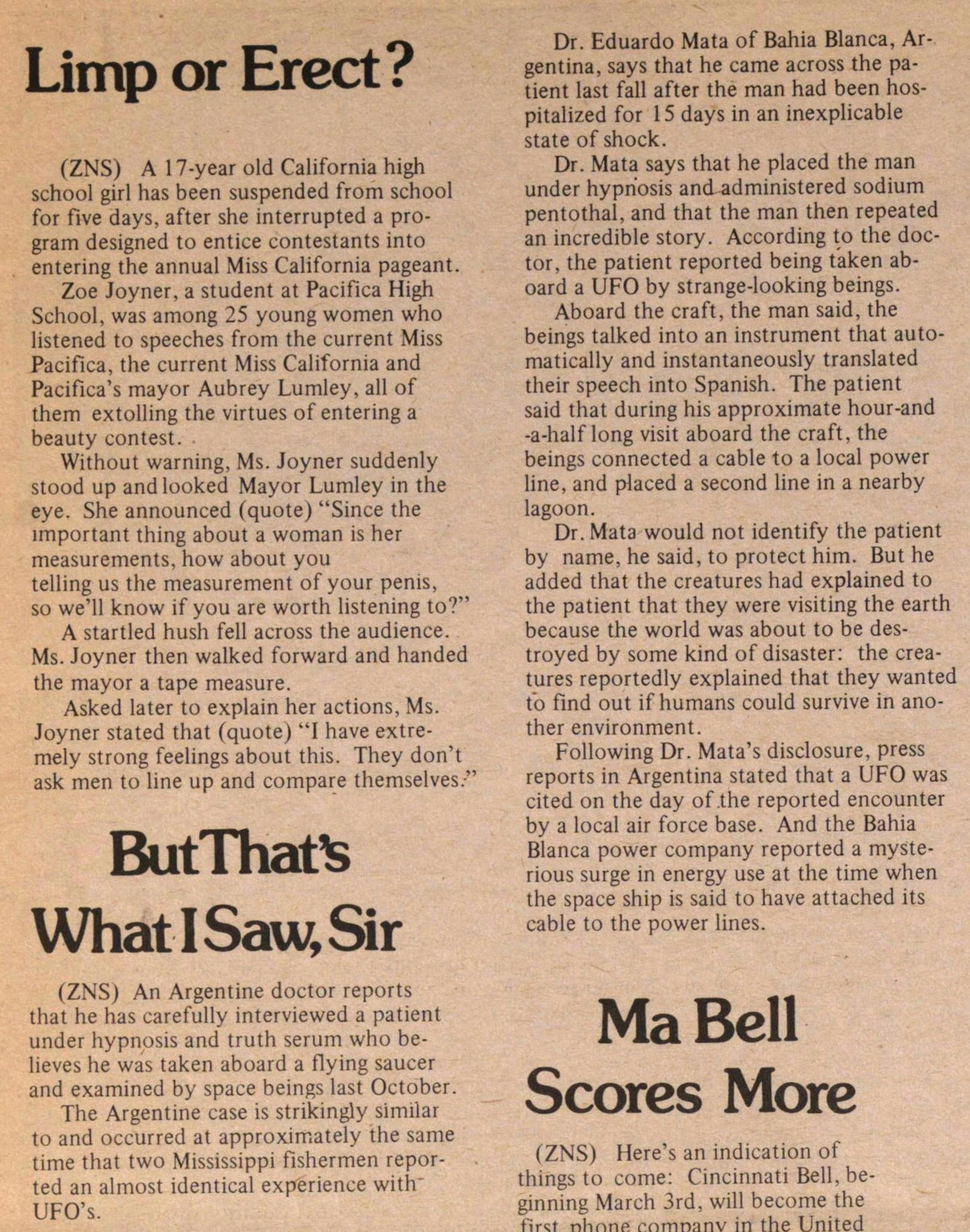 (ZNS) An Argentine doctor reports that he has carefully interviewed a patiënt under hypnosis and truth serum who believes he was taken aboard a flying saucer and examined by space beings last October. The Argentine case is strikingly similar to and occurred at approximately the same time that two Mississippi fishermen reported an almost identical experience witír UFO's. Dr. Eduardo Mata of Bahia Blanca, Argentina, says that he carne across the patient last fall after the man had been hospitalized for 15 days in an inexplicable state of shock. Dr. Mata says that he placed the man under hypn'osis and administered sodium pentothal, and that the man then repeated an incredible story. According to the doctor, the patiënt reported being taken aboard a UFO by strange-looking beings. Aboard the craft, the man said, the beings talked into an instrument that automatically and instantaneously translated their speech into Spanish. The patiënt said that during his approximate hour-and -a-half long visit aboard the craft, the beings connected a cable to a local power line, and placed a second line in a nearby lagoon. Dr.Mata would not identify the patiënt by name, he said, to protect him. But he added that the creatures had explained to the patiënt that they were visiting the earth because the world was about to be destroyed by some kind of disaster: the creatures reportedly explained that they wanted tb find out if humans could survive in another environment. Following Dr. Mata's disclosure, press reports in Argentina stated that a UFO was cited on the day of the reported encounter by a local air forcé base. And the Bahia Blanca power company reported a mysterious surge in energy use at the time when the space ship is said to have attached its cable to the power lines.