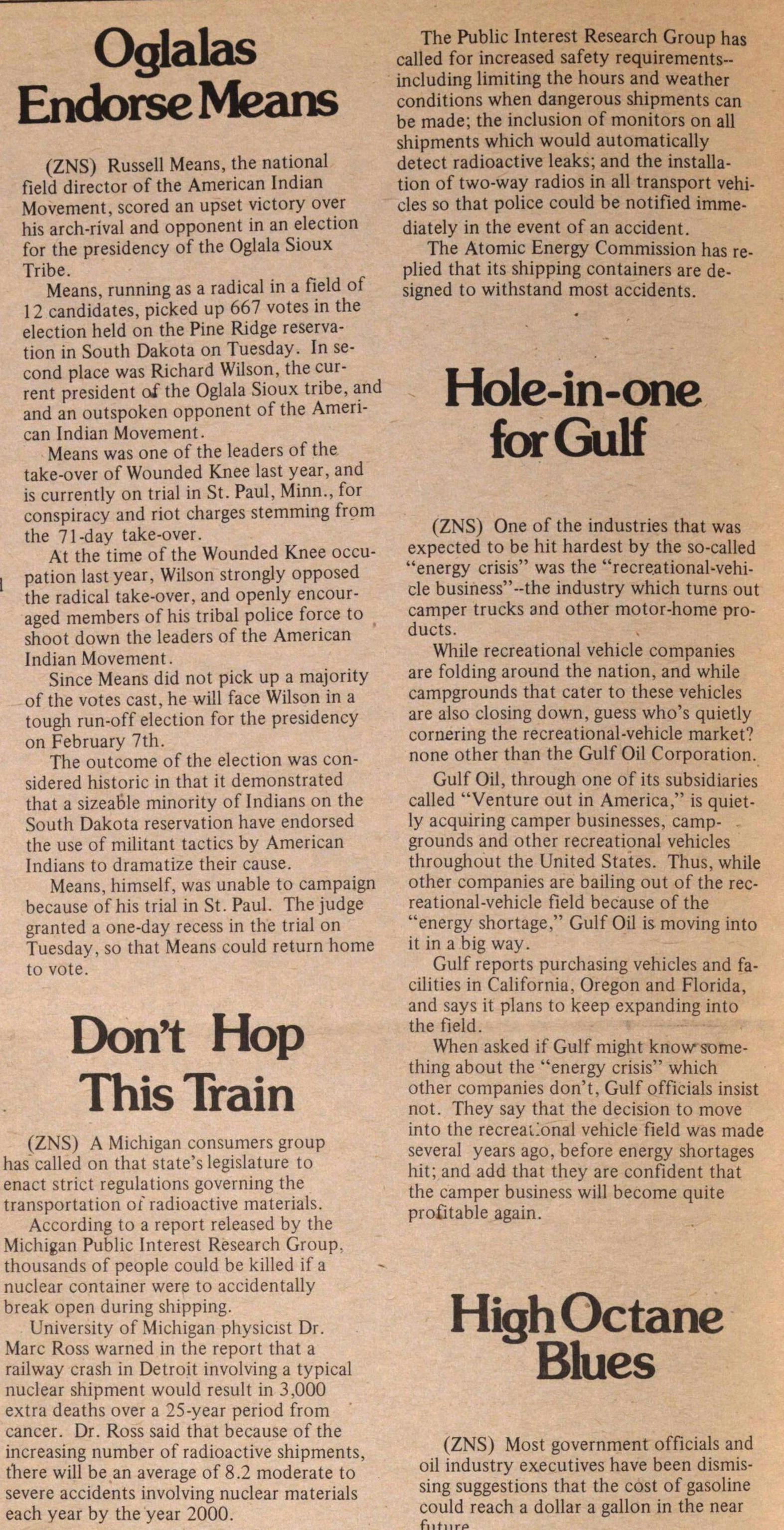 (ZNS) A Michigan consumers group has called on that state's legislature to enact strict regulations governing the transportation ot'radioactive materials. According to a report released by the Michigan Public Interest Research Group, thousands of people could be killed if a nuclear container were to accidentally break open during shipping. University of Michigan physicist Dr. Mare Ross warned in the report that a railway crash in Detroit involving a typical nuclear shipment would result in 3,000 extra deaths over a 25-year period from cáncer. Dr. Ross said that because of the increasing number of radioactive shipments, there will be an average of 8.2 moderate to severe accidents involving nuclear materials each year by the year 2000. The Public Interest Research Group has called for increased safety requirements-including limiting the hours and weather conditions when dangerous shipments can be made; the inclusión of monitors on all shipments which would automatically detect radioactive leaks; and the installation of two-way radios in all transport vehicles so that pólice could be notified immediately in the event of an accident. The Atomic Energy Commission has replied that its shipping containers are designed to withstand most accidents.