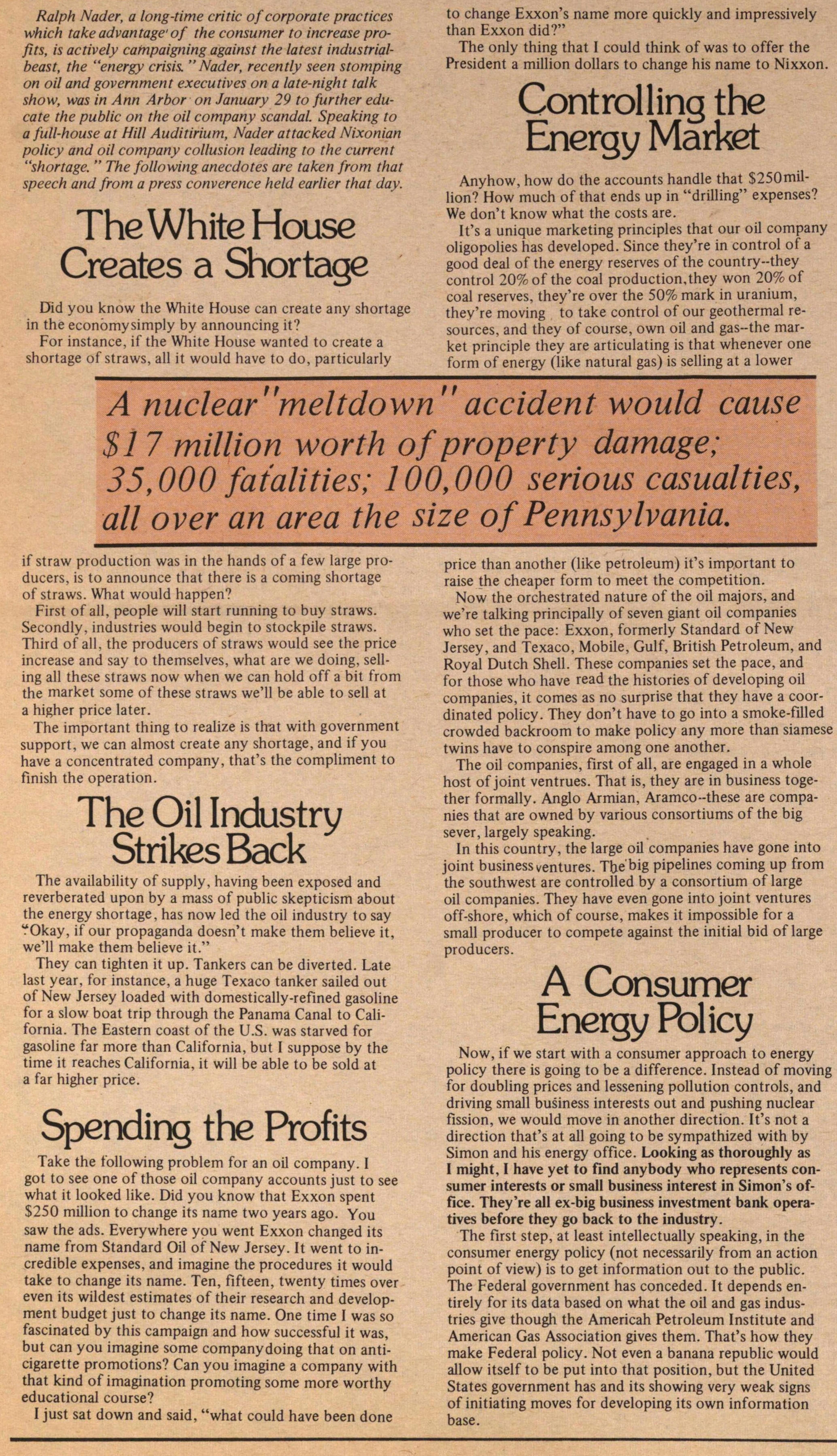 Iake the following problem for an oil company. I got to see one of those oil company accounts just to see what it looked like. Did you know that Exxon spent S250 million to change its name two years ago. You saw the ads. Everywhere you went Exxon changed its name from Standard Oil of New Jersey. It went to incredible expenses, and imagine the procedures it would take to change its name. Ten, fifteen, twenty times over even its wildest estimates of their research and development budget just to change its name. One time I was so fascinated by this campaign and how successful it was, but can you imagine some companydoing that on anticigarette promotions? Can you imagine a company with that kind of imagination promoting some more worthy educational course? I just sat down and said, "what could have been done to change Exxon's name more quickly and impressively than Exxon did?" The only thing that I could think of was to offer the President a million dollars to change his name to Nixxon.