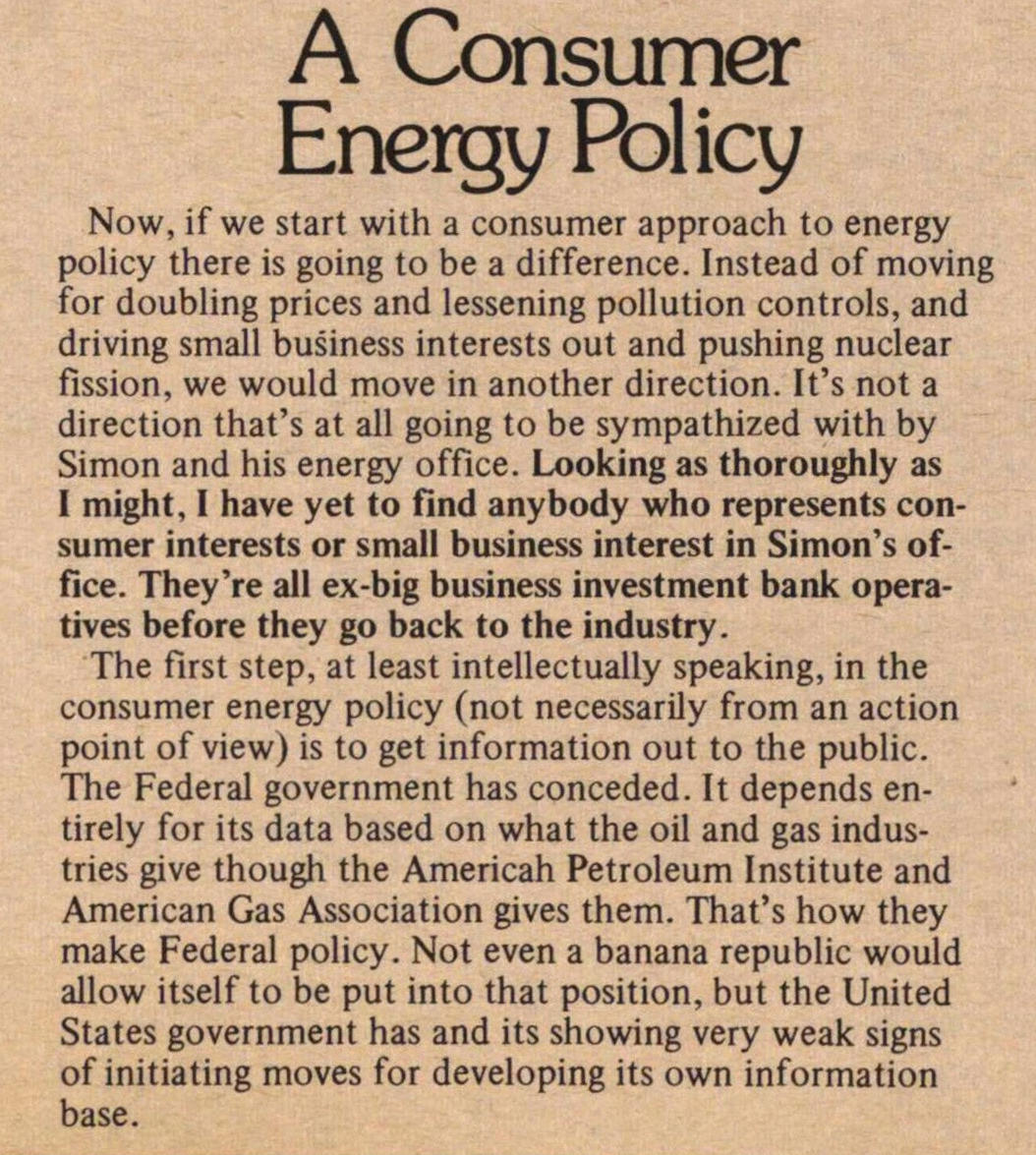 Now, if we start with a consumer approach to energy policy there is going to be a difference. Instead of moving for doubling prices and lessening pollution controls, and driving small business interests out and pushing nuclear fission, we would move in another direction. It's not a direction that's at all going to be sympathized with by Simon and his energy office. Looking as thoroughly as I might, I have yet to find anybody represents consumer interests or small business interest in Simon's office. They're all  ex-big business investment bank operatives before they go back to the industry.

The first step, as least intellectually speaking, in the consumer energy policy (not necessarily from an action point of view)is to get information out to the public. The Federal government has conceded. It depends entirely for its data based on what the oil and gas industries give us through the American Petroleum Institute and American Gas Association gives them. That's how they make Federal policy. Not even a banana republic would allow itself to be put into that position, but the United States government as and its showing very weak signs of initiating moves for developing its own information base.