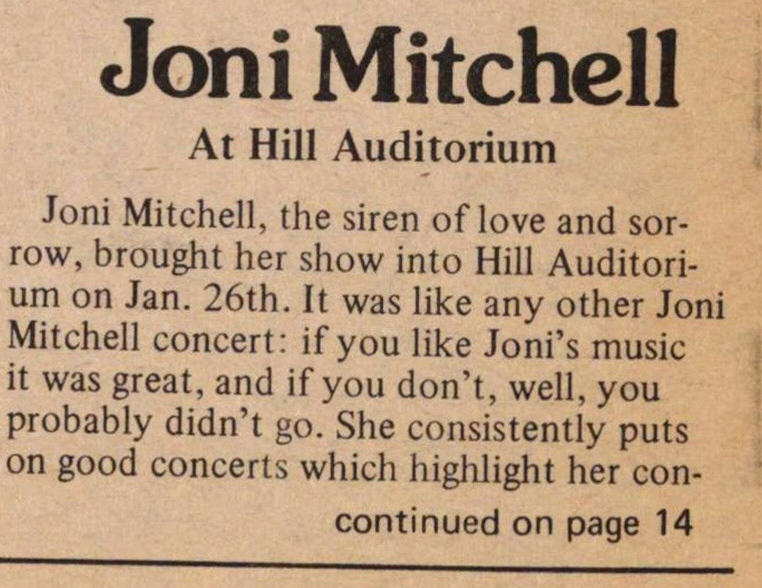 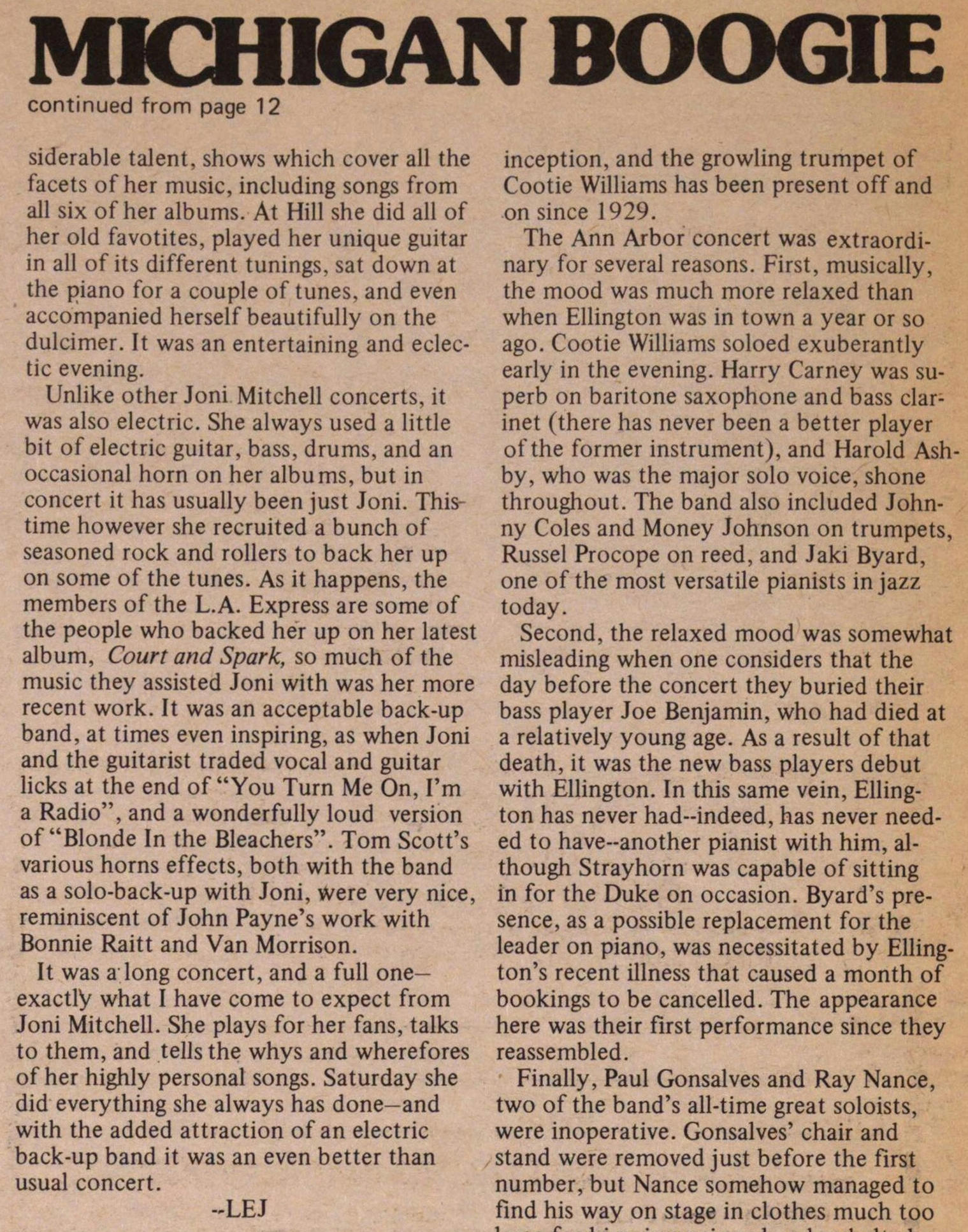 Joni Mitchell, the siren of love and sorrow, brought her show into Hill Auditorium on Jan. 26th. It was like any other Joni Mitchell concert: if you like Joni's music it was great, and if you don't, well, you probably didn't go. She consistently puts on good concerts which highJight her concontinued on page 14 MICHIGAN BOOGIE continued from page 12 siderable talent, shows which cover all the facets of her music, including songs from all six of her albums. At Hill she did all of her old favotites, played her unique guitar in all of its different tunings, sat down at the piano for a couple of tunes, and even accompanied herself beautifully on the dulcimer. It was an entertaining and eclectic evening. Unlike other Joni Mitchell concerts, it was also electric. She always used a little bit of electric guitar, bass, drums, and an occasional hom on her albums, but in concert it has usually been just Joni. Thistime however she recruited a bunch of seasoned rock and rollers to back her up on some of the tunes. As it happens, the members of the L.A. Express are some of the people who backed her up on her latest album, Court and Spark, so much of the music they assisted Joni with was her more recent work. It was an acceptable back-up band, at times even inspiring, as when Joni and the guitarist traded vocal and guitar licks at the end of " You Turn Me On, I'm a Radio", and a wonderfully loud version of "Blonde In the Bleachers". Torn Scott's various horns effects, both with the band as a solo-back-up with Joni, were very nice, reminiscent of John Payne's work with Bonnie Raitt and Van Morrison. It was a long concert, and a full one- exactiy what I have come to expect from Joni Mitchell. She plays for her fans, talks to them, and tells the whys and wherefores of her highly personal songs. Saturday she did everything she always has done- and with the added attraction of an electric back-up band it was an even better than usual concert.