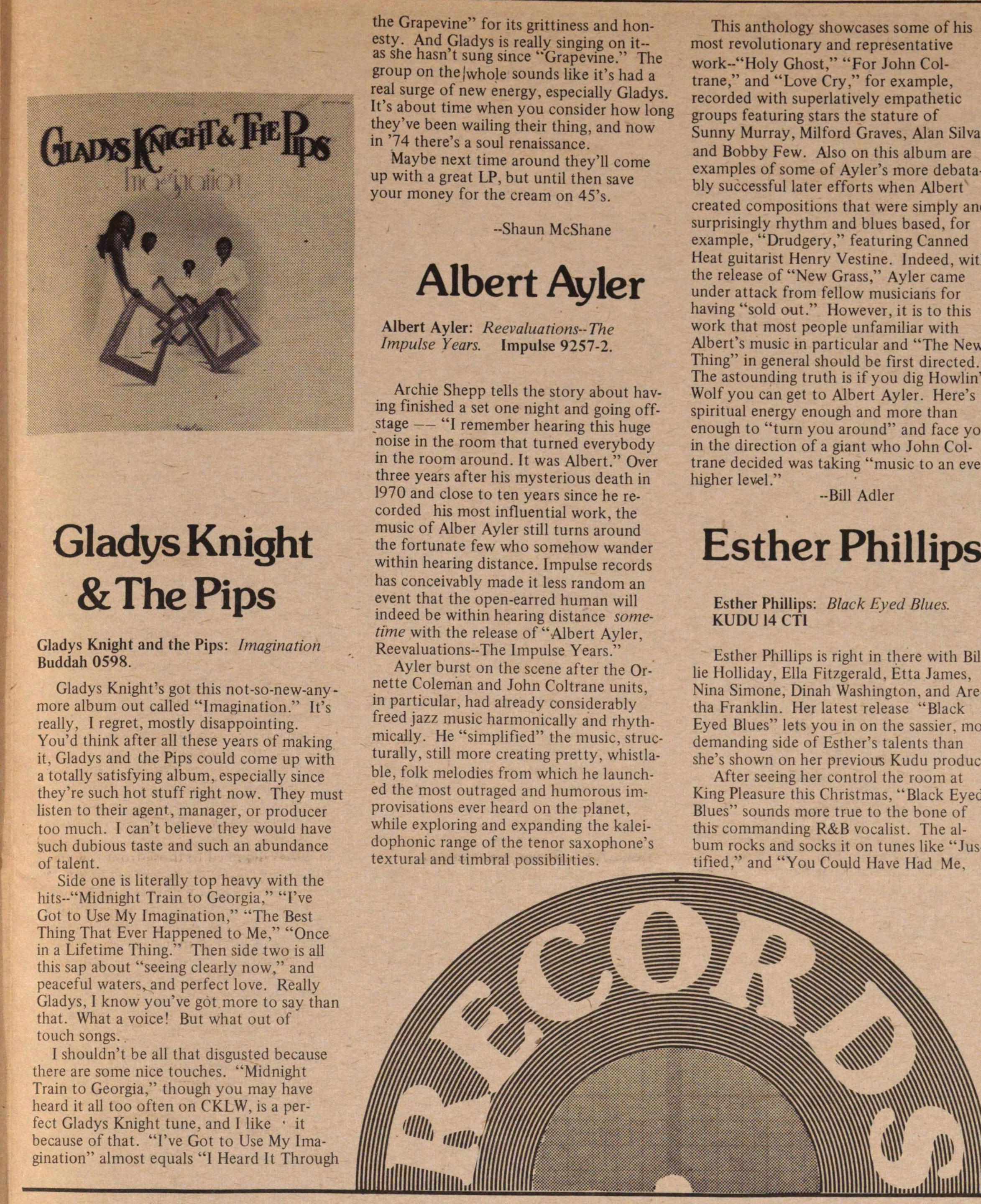 Gladys Knight and the Pips: Imagination Buddah 0598. Gladys Knight's got this not-so-new-anymore album out called "Imagination." It's really, I regret, mostly disappointing. You'd think after all these years of making it, Gladys and the Pips could come up with a totally satisfying album, especially since they're such hot stuff right now. They must listen to their agent, manager, or producer too much. I can't believe they would have such dubious taste and such an abundance of talent. Side one is literally top heavy with the hits--"Midnight Train to Georgia," 'Tve Got to Use My Imagination," "The Best Thing That Ever Happened to Me," "Once in a Lifetime Thing." Then side two is all this sap about "seeing clearly now," and peaceful waterstand perfect love. Really Gladys, I know you've got more to say than that. What a voice! But what out of touch songs. . I shouldn't be all that disgusted because there are some nice touches. "Midnight Train to Georgia," though you may have 'f heard it all too often on CKLW, is a perfect Gladys Knight tune, and I like ' it because of that. 'Tve Got to Use My Imagination" almost equals "I Heard It Through the Grapevine" for its grittiness and honesty. And Gladys is really singing on it-as she hasn t sung since "Grapevine." The group on thejwhole sounds like it's had a real surge of new energy, especially Gladys. It's about time when you consider how long they've been wailing their thing, and now in '74 there's a soul renaissance. Maybe next time around they'll come up with a great LP, but until then save your money for the cream on 45's.