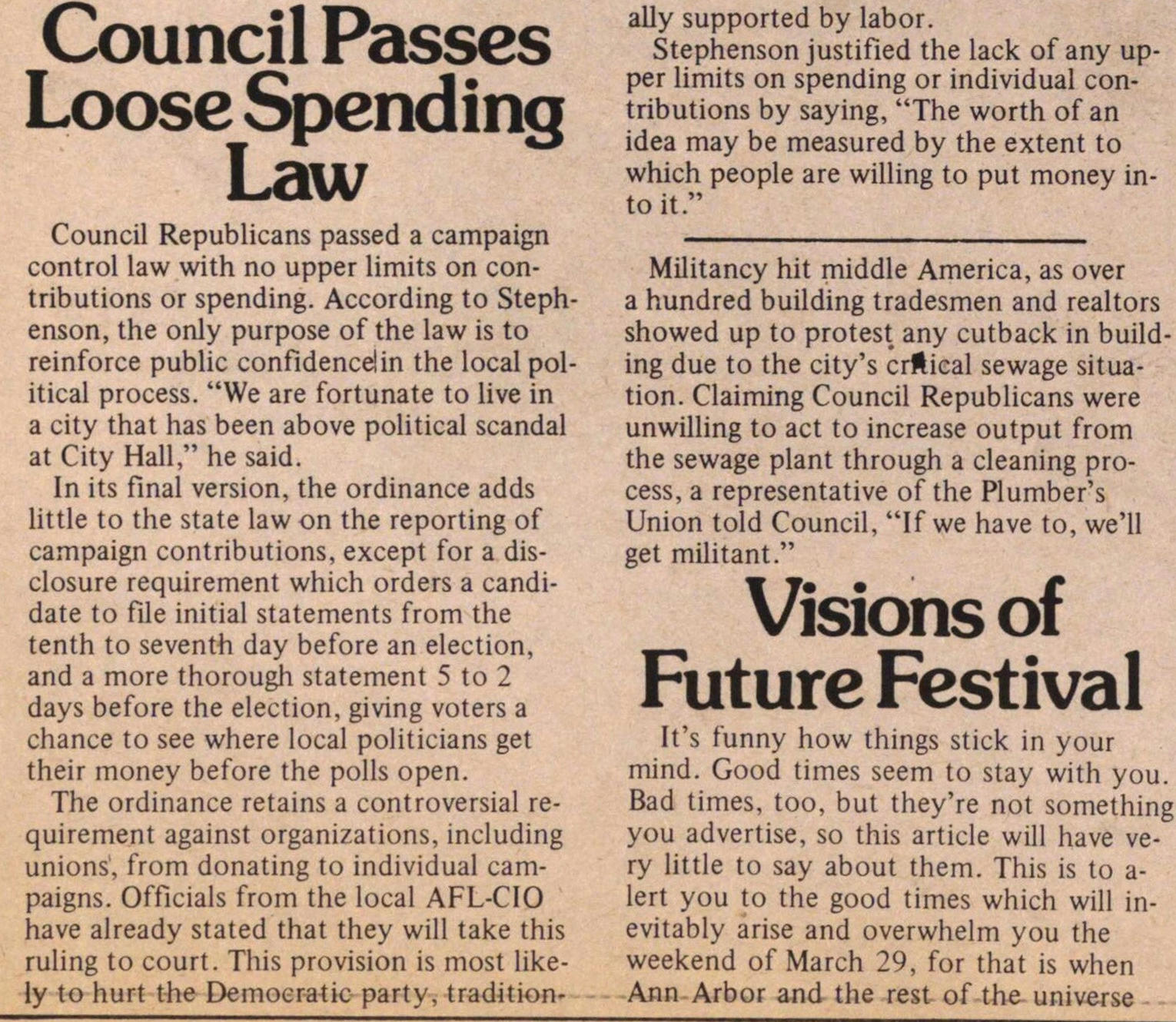 Council Republicans passed a campaign control law with no upper limits on contributions or spending. According to Stephenson, the only purpose of the law is to reinforce public confidencelin the local political process. "We are fortúnate to live in a city that has been above political scandal at City Hall," he said. In its final versión, the ordinance adds little to the state law on the reporting of campaign contributions, except for a disclosure requirement which orders a candidate to file initial statements from the tenth to seventh day before an election, and a more thorough statement 5 to 2 days before the election, giving voters a chance to see where local politicians get their money before the polls open. The ordinance retains a controversial requirement against organizations, including unions, from donating to individual campaigns. Officials from the local AFL-CIO have already stated that they will take this ruling to court. This provisión is most likely to hurt the Democratie party, ally supported by labor. Stephenson justified the lack of any upper limits on spending or individual contributions by saying, "The worth of an idea may be measured by the extent to which people are willing to put money into it." Militancy hit middle America, as over a hundred building tradesmen and realtors showed up to protest any cutback in building due to the city's crftical sewage situation. Claiming Council Republicans were unwilling to act to increase output from the sewage plant through a cleaning process, a representative of the Plumber's Union told Council, "If we have to, we'll get militant."