A Curse On The Men In Washington, Pentagon 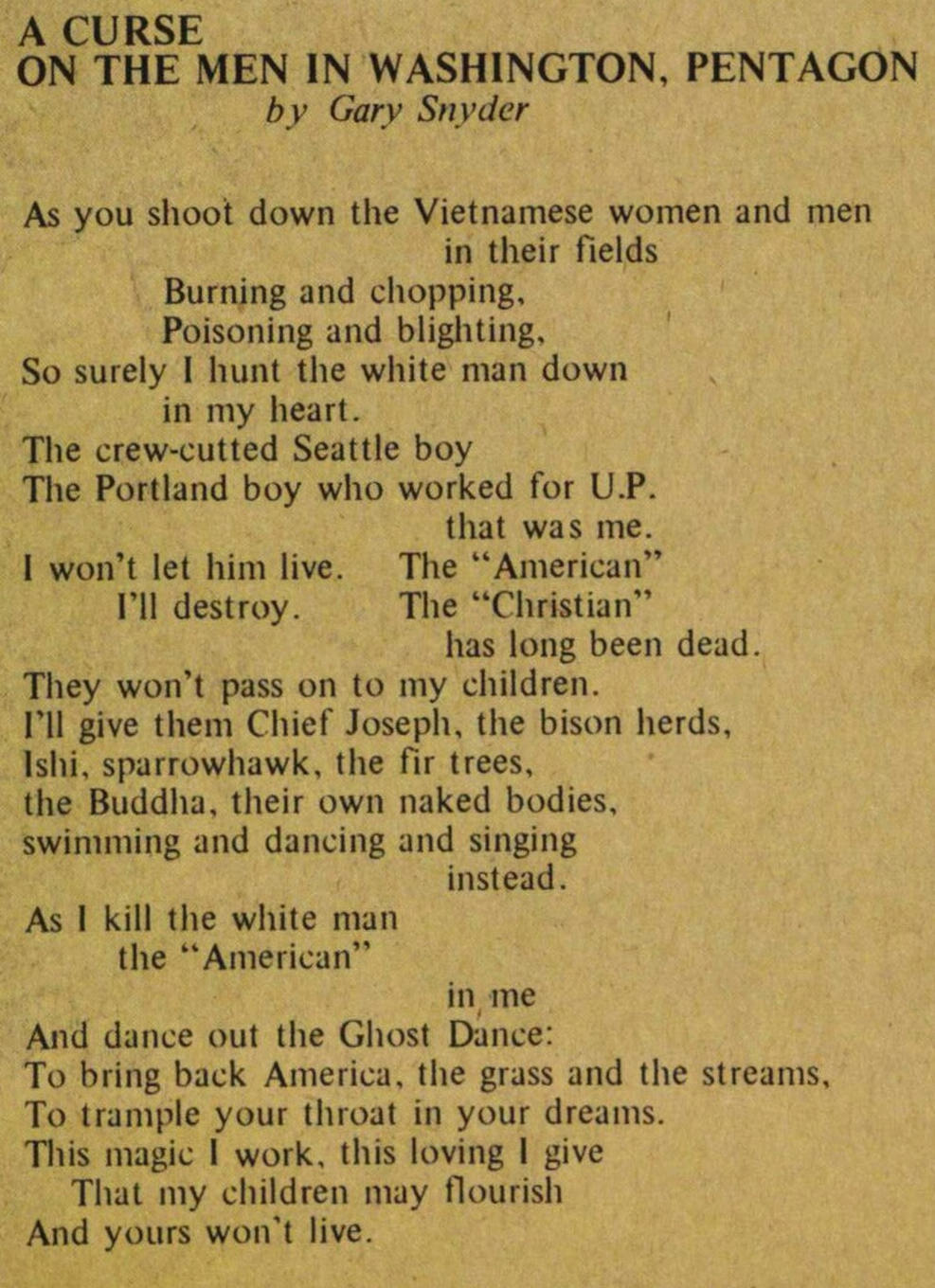 As you shoo't down the Vietnamese women and men in their fields Burning and chopping, Poisoning and blighting, So surely I hunt the white man down in my heart. The crew-cutted Seattle boy The Portland boy who worked for U.P. tliat was me. I won't let him live. The "American" I'll destroy. The "Christian" has long been dead. They won't pass on to my children. TH give them Chief Josepli, the bison herds, Ishi, sparrowhawk, the fir trees, the Buddha. their own naked bodies, swimming and dancing and singing instead. As 1 kill the white man the "American" in me And dance out the Ghost Dance: To bring back America, the grass and the streams, To trample your tluoat in your dreums. This magie I work, this loving I give That my children may flourish And yours won't live.