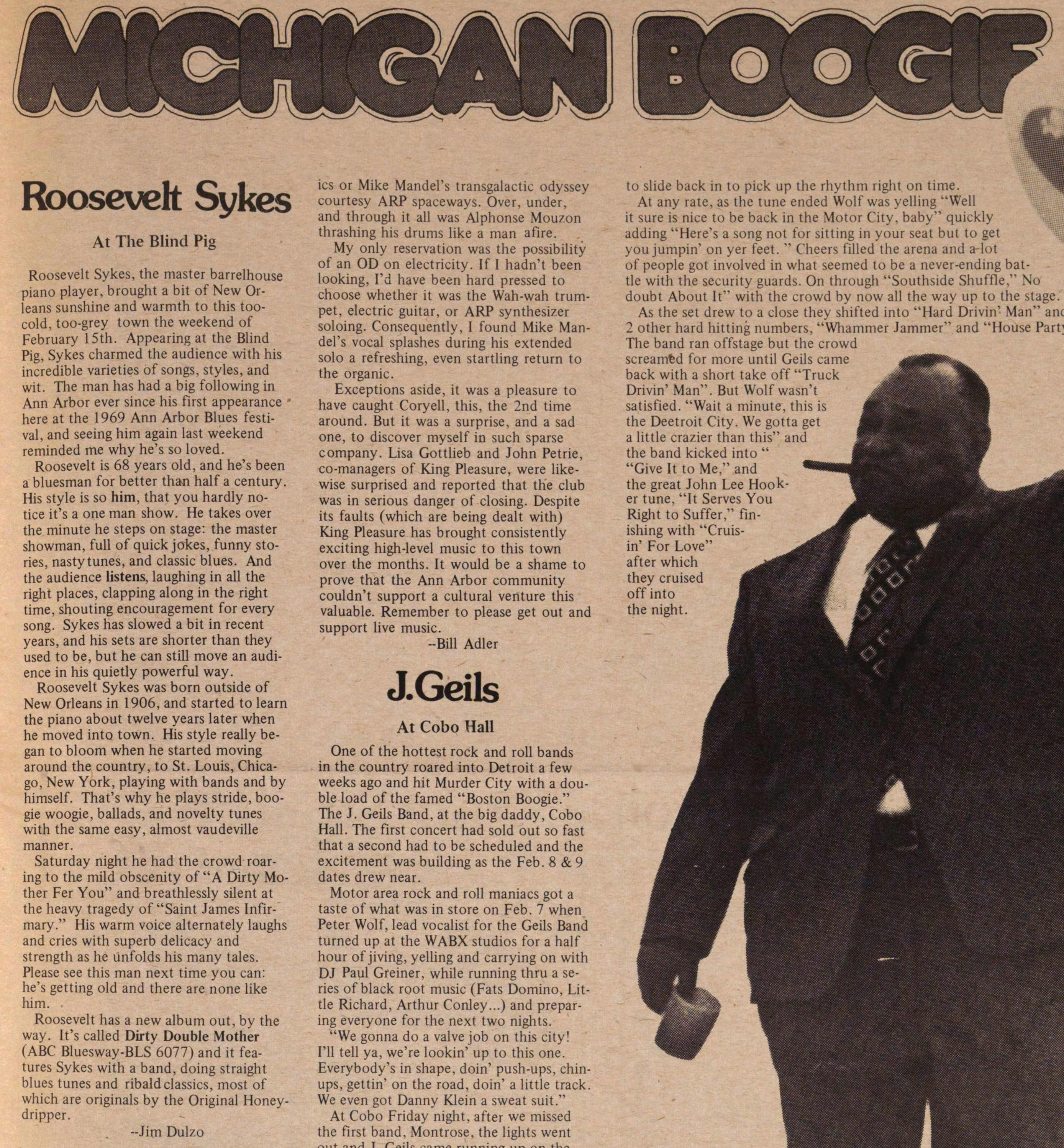 Roosevelt Sykes At The Blind Pig

Roosevelt Sykes, the master barrel house piano player, brought a bit of New Orleans sunshine and warmth to this too-cold, too-grey town the weekend of February 15th. Appearing at the Blind Pig, Sykes charmed the audience with his incredible varieties of songs, styles, and wit. The man has had a big following in Ann Arbor ever since his first appearance here at the 1969 Ann Arbor Blues festival, and seeing him again last weekend reminded me why he's so loved.

Roosevelt is 68 years old, and he's been a bluesman for better than half a century. His style is so him, that you hardly notice it's a one man show. He takes over the minute he steps on stage: the master showman, full of quick jokes, funny stories, nasty tunes, and classic blues. And the audience listens, laughing in all the right places, clapping along in the right time, shouting encouragement for every song. Sykes has slowed a bit in recent years, and his sets are shorter than they used to be, but he can still move an audience in his quietly powerful way.

Roosevelt Sykes was born outside of New Orleans in 1906, and started to learn the piano about twelve years later when he moved into town. His style really began to bloom when he started moving around the country, to St. Louis, Chicago, New York, playing with bands and by himself. That's why he plays stride, boogie woogie, ballads, and novelty tunes with the same easy, almost vaudeville manner.

Saturday night he had the crowd roaring to the mild obscenity of "A Dirty Mother Fer You" and breathlessly silent at the heavy tragedy of "Saint James Infirmary." His warm voice alternately laughs and cries with superb delicacy and strength as he unfolds his many tales. Please see this man next time you can: he's getting old and there are none like him.

Roosevelt has a new album out, by the way. It's called Dirty Double Mother (ABC Bluesway-BLS 6077) and it features Sykes with a band, doing straight blues tunes and ribald classics, most of which are originals by the Original Honey-dripper.