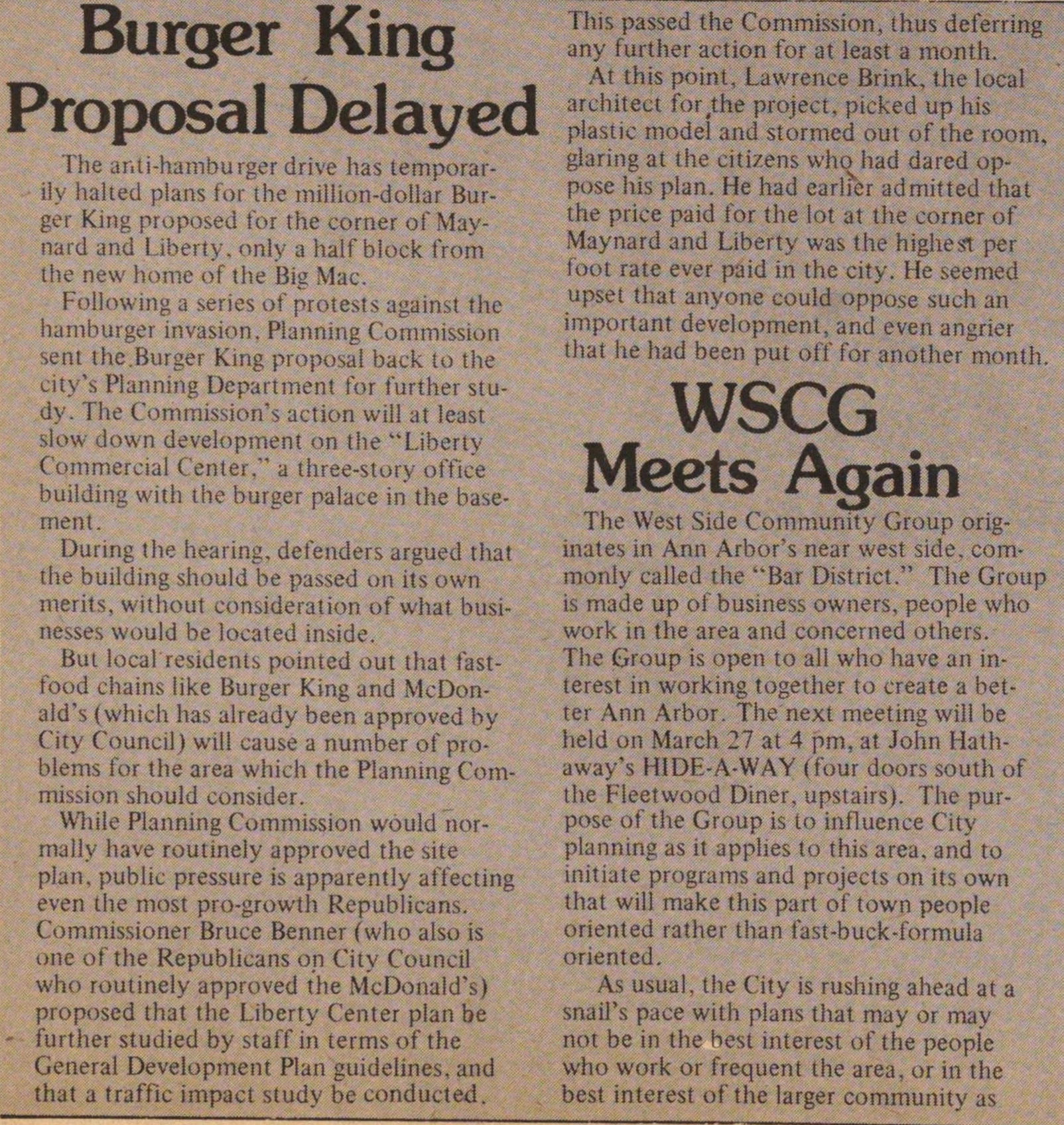 The anti-hamburger drive has temporarily halted plans for the million-dollar Burger King proposed for the corner of Maynard and Liberty, only a half block from the new home of the Big Mac.

Following a series of protests against the hamburger invasion, Planning Commission sent the Burger King proposal back to the city's Planning Department for further study. The Commission's action will at least slow down development on the "Liberty Commercial Center," a three-story office building with the burger palace in the basement.

During the hearing, defenders argued that the building should be passed on its own merits, without consideration of what businesses would be located inside.

But local residents pointed out that fast food chains like Burger King and McDonald's (which has already been approved by City Council) will cause a number of problems for the area which the Planning Commission should consider.

While Planning Commission would normally have routinely approved the site plan, public pressure is apparently affecting even the most pro-growth Republicans. Commissioner Bruce Benner (who also is one of the Republicans on City Council who routinely approved the McDonald's) proposed that the Liberty Center plan be further studied by staff in terms of the General Development Plan guidelines, and that a traffic impact study be conducted. This passed the Commission, thus deferring any further action for at least a month.

At this point, Lawrence Brink, the local architect for the project, picked up his plastic model and stormed out of the room, glaring at the citizens who had dared oppose his plan. He had earlier admitted that the price paid for the lot at the corner of Maynard and Liberty was the highest per foot rate ever paid in the city. He seemed upset that anyone could oppose such an important development, and even angrier that he had been put off for another month.