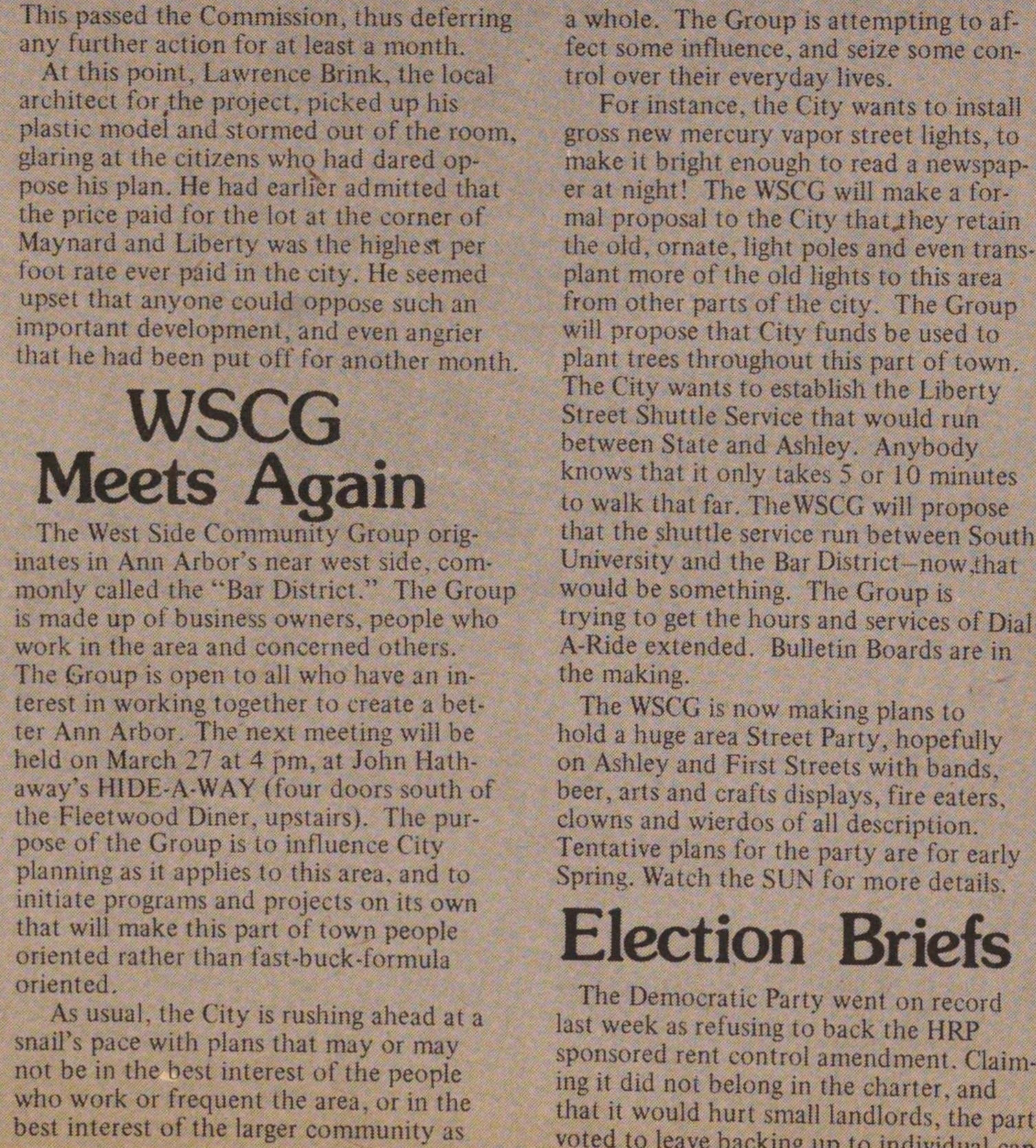 The West Side Community Group originates in Ann Arbor's near west side, commonly called the "Bar District." The Group is made up of business owners, people who work in the area and concerned others. The Group is open to all who have an interest in working together to create a better Ann Arbor. The next meeting will be held on March 27 at 4 pm, at John Hathaway's HIDE-A-WAY (four doors south of the Fleetwood Diner, upstairs). The purpose of the Group is to influence City planning as it applies to this area. and to initiate programs and projects on its own that will make this part of town people oriented rather than fast-buck-formula oriented.

For instance, the City wants to install gross new mercury vapor street lights, to make it bright enough to read a newspaper at night! The WSCG will make a formal proposal to the City that they retain the old, ornate, light poles and even transplant more of the old lights to this area from other parts of the city. The Group will propose that City funds be used to plant trees throughout this part of town. The City wants to establish the Liberty Street Shuttle Service that would run between State and Ashley. Anybody knows that it only takes 5 or 10 minutes to walk that far. The WSCG will propose that the shuttle service run between South University and the Bar District--now, that would be something. The Group is trying to get the hours and services of Dial A-Ride extended. Bulletin Boards are in the making.

The WSCG is now making plans to hold a huge area Street Party, hopefully on Ashley and First Streets with bands, beer, arts and crafts displays, fire eaters, clowns and weirdos of all description. Tentative plans for the party are for early Spring. Watch the SUN for more details.