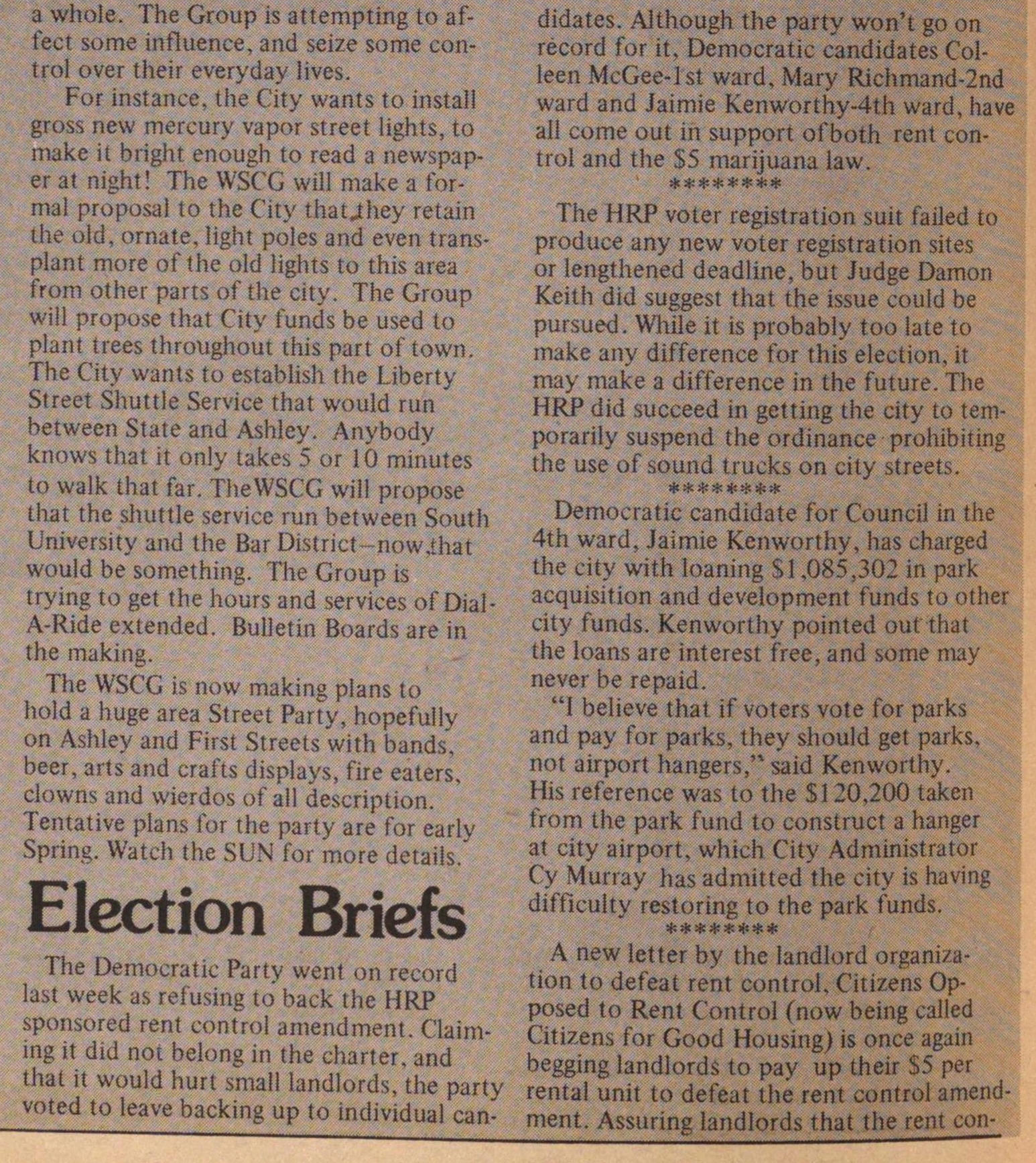 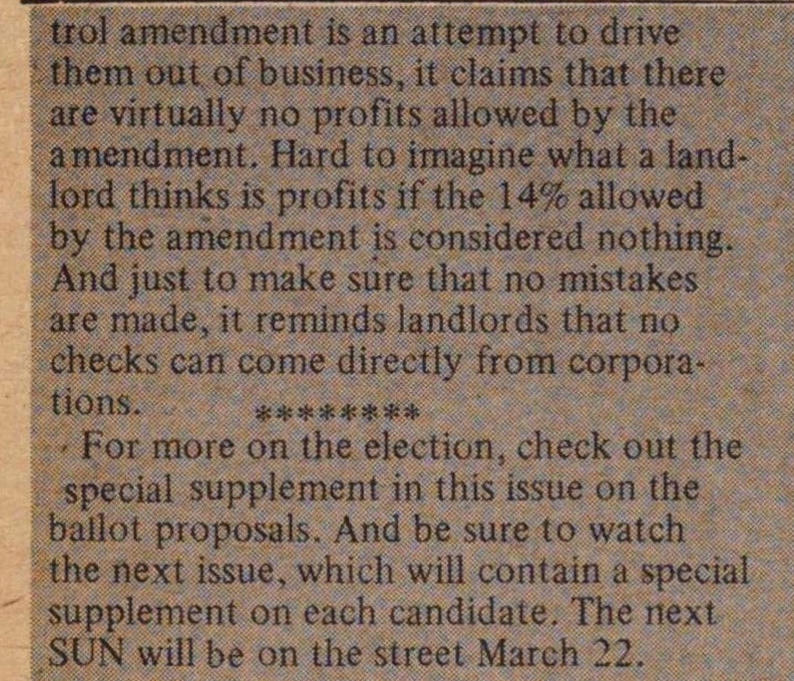 The Democratic Party went on record last week as refusing to back the HRP sponsored rent control amendment. Claiming it did not belong in the charter, and that it would hurt small landlords, the party voted to leave backing up to individual didates. Although the party won't go on record for it, Democratic candidates Coileen McGee-1st ward, Mary Richmand-2nd ward and Jaimie Kenworthy-4th ward, have all come out in support of both rent control and the $5 marijuana law.

The HRP voter registration suit failed to produce any new voter registration sites or lengthened deadline, but Judge Damon Keith did suggest that the issue could be pursued. While it is probably too late to make any difference for this election, it may make a difference in the future. The HRP did succeed in getting the city to temporarily suspend the ordinance prohibiting the use of sound trucks on city streets.

Democratic candidate for Council in the 4th ward, Jaimie Kenworthy, has charged the city with loaning $1,085,302 in park acquisition and development funds to other city funds. Kenworthy pointed out that the loans are interest free, and some may never be repaid.

"I believe that if voters vote for parks and pay for parks, they should get parks, not airport hangers," said Kenworthy. His reference was to the $120,200 taken from the park fund to construct a hanger at city airport, which City Administrator Cy Murray has admitted the city is having difficulty restoring to the park funds.

A new letter by the landlord orgaaization to defeat rent control, Citizens Opposed to Rent Control (now being called Citizens for Good Housing) is once again begging Jandlords to pay up their $5 per rental unit to defeat the rent control amendment. Assuring landlords that the rent control amendment is an attempt to drive them out of business, it claims that there are virtually no profits allowed by the amendment. Hard to imagine what a landlord thinks is profits if the 14% allowed by the amendment is considered nothing. And just to make sure that no mistakes are made, it reminds landlords that no checks can come directly from corporations.

For more on the election, check out the special supplement in this issue on the ballot proposals. And be sure to watch the next issue, which wiil contain a special supplement on each candidate. The next SUN will be on the street March 22.