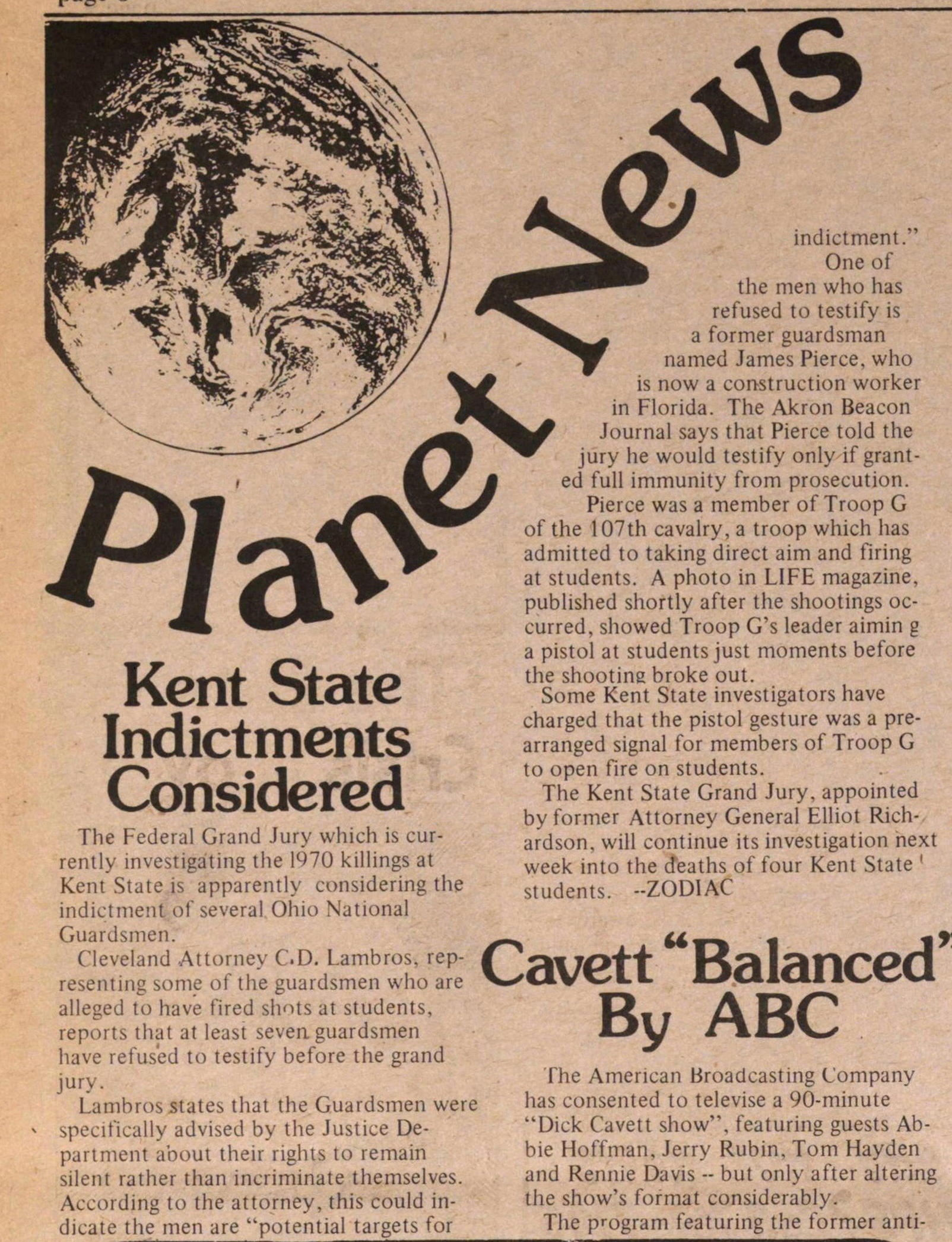 The Federal Grand Jury which is currently investigating the 1970 killings at Kent State is apparently considering the indictment of several Ohio National Guardsmen.
Cleveland Attorney CD. Lambros, resenting some of the guardsmen who are alleged to have fired shots at students, reports that at least seven guardsmen have refused to testify before the grand jury.
Lambros states that the Guardsmen were specifically advised by the Justice Department about their rights to remain silent rather than incriminate themselves. According to the attorney, this could indicate the men are "potential targets for indictment." . One of the men who has refused to testify is a former guardsman named James Pierce, who is now a construction worker in Florida. The Akron Beacon Journal says that Pierce told the jury he would testify only if granted full immunity from prosecution. Pierce was a member of Troop G of the 107th cavalry, a troop which has admitted to taking direct aim and firing at students. A photo in LIFE magazine, published shortly after the shootings occurred, showed Troop G's leader aiming a pistol at students just moments before the shooting broke out.
Some Kent State investigators have charged that the pistol gesture was a prearranged signal for members of Troop G to open fire on students.
The Kent State Grand Jury, appointed by former Attorney General Elliot Richardson, will continue its investigation next week into the deaths of four Kent State students.