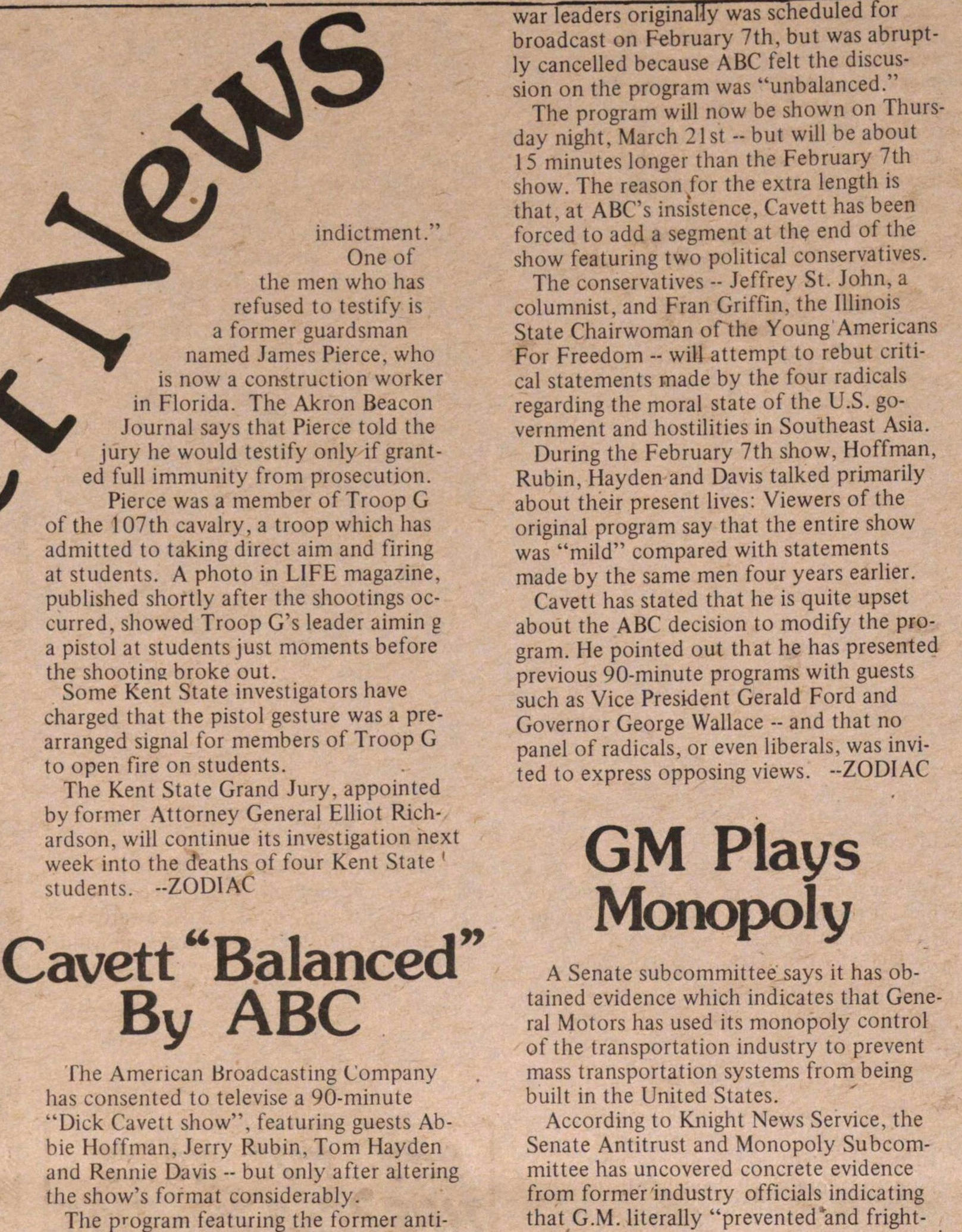 The American Broadcasting Company has consented to televise a 90-minute "Dick Cavett show", featuring guests Abbie Hoffman, Jerry Rubin, Torn Hayden and Rennie Davis -- but only after altering the show's format considerably.
The program featuring the former war leaders originally was scheduled for broadcast on February 7th, but was abruptly cancelled because ABC felt the discussion on the program was "unbalanced."
The program will now be shown on Thursday night , March 21st -- but will be about 15 minutes longer than the February 7th show. The reason for the extra length is that, at ABC's insistence, Cavett has been forced to add a segment at the end of the show featuring two political conservatives. The conservatives -- Jeffrey St. John. a columnist, and Fran Griffin. the Illinois State Chairwoman of the Young Americans For Freedom -- will attempt to rebut critical statements made by the four radicals regarding the moral state of the U.S. government and hostilities in Southeast Asia.
During the February 7th show, Hoffman, Rubin, Hayden and Davis talked primarily about their present lives: Viewers of the original program say that the entire show was "mild" compared with statements made by the same men four years earlier.
Cavett has stated that he is quite upset about the ABC decision to modify the program. He pointed out that he has presented previous 90-minute programs with guests such as Vice President Gerald Ford and Governor George Wallace - and that no panel of radicals, or even liberals, was invited to express opposing views.