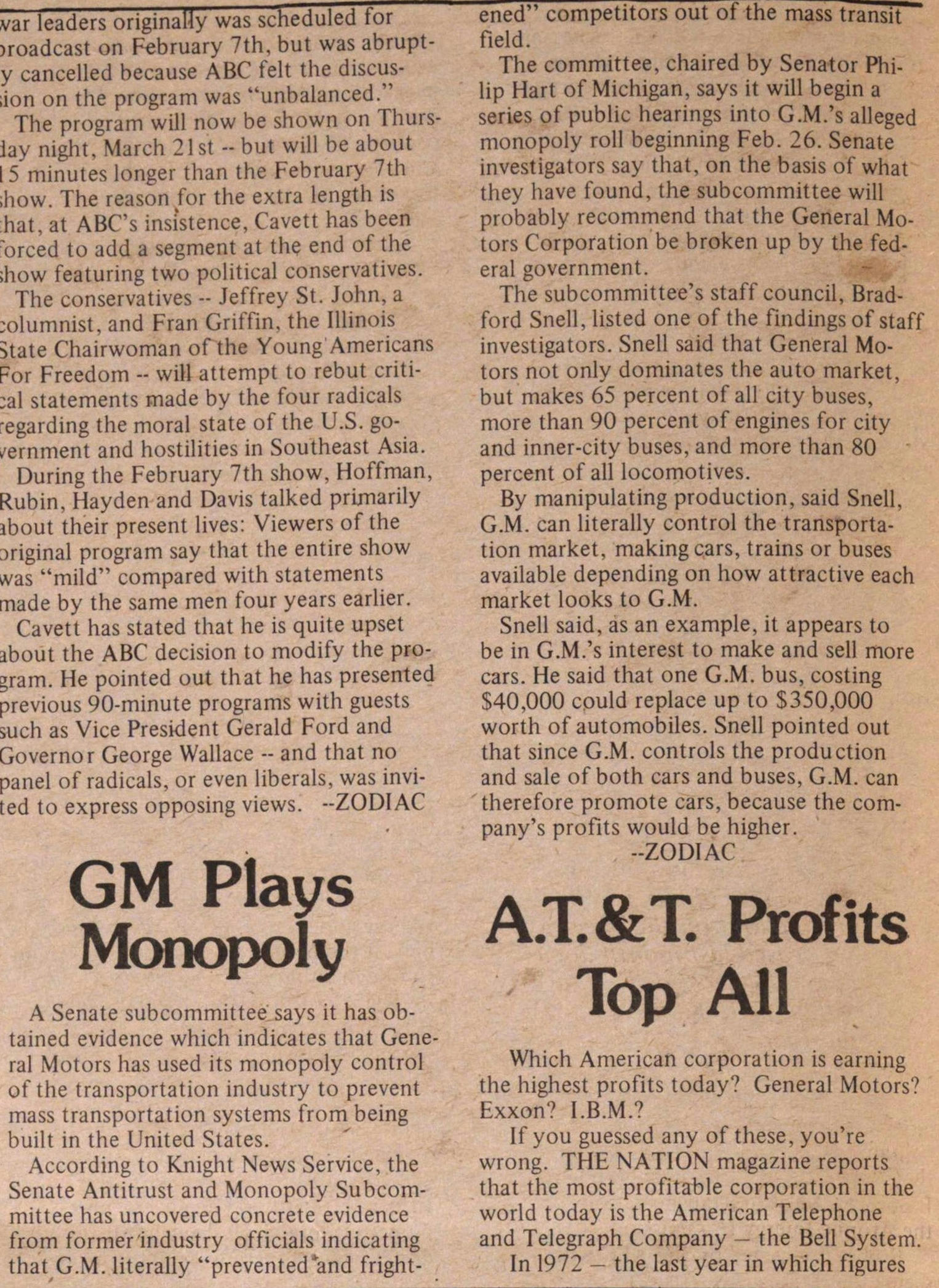 A Senate subcommittee says it has obtained evidence which indicates that General Motors has used its monopoly control of the transportation industry to prevent mass transportation systems from being built in the United States.
According to Knight News Service, the Senate Antitrust and Monopoly Subcommittee has uncovered concrete evidence from former industry officials indicating that G.M. literally "prevented' and frightened" competitors out of the mass transit field.
The committee, chaired by Senator Philip Hart of Michigan, says it will begin a series of public hearings into G.M. 's alleged monopoly roll beginning Feb. 26. Senate investigators say that, on the basis of what they have found, the subcommittee will probably recommend that the General Motors Corporation be broken up by the federal government.
The subcommittee's staff council, Bradford Snell, listed one of the findings of staff investigators. Snell said that General Motors not only dominates the auto market, but makes 65 percent of all city buses, more than 90 percent of engines for city and inner-city buses, and more than 80 percent of all locomotives.
By manipulating production, said Snell, G.M. can literally control the transportation market, making cars, trains or buses available depending on how attractive each market looks to G.M.
Snell said, as an example, it appears to be in G.M. 's interest to make and sell more cars. He said that one G.M. bus, costing $40,000 could replace up to $350,000 worth of automobiles. Snell pointed out that since G.M. controls the production and sale of both cars and buses, G.M. can therefore promote cars, because the company's pro fits would be higher.