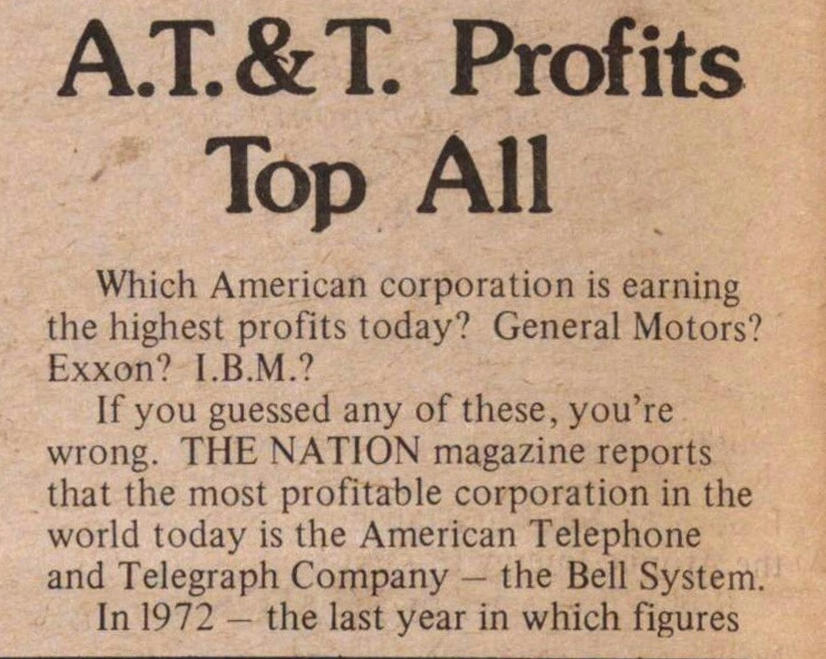 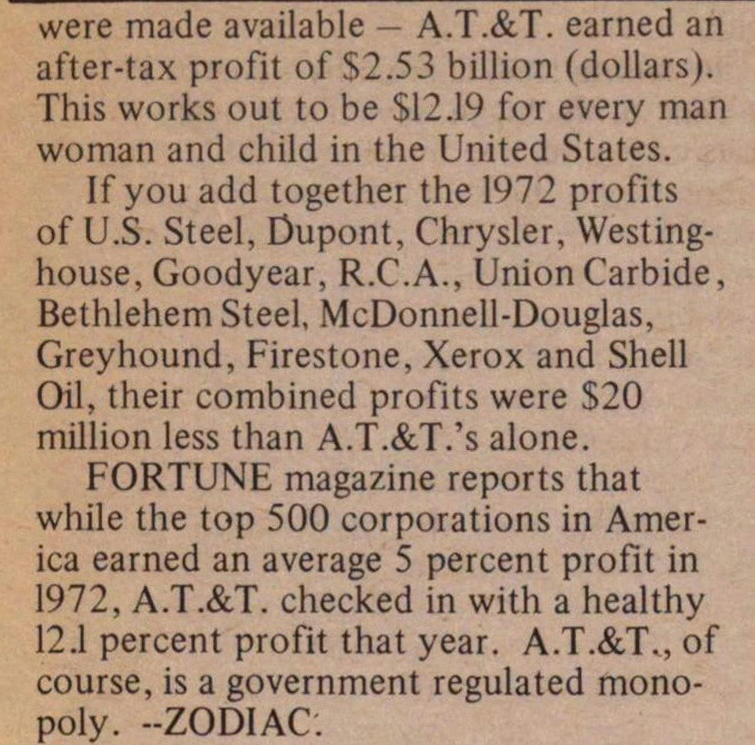 Which American Corporation is earning the highest profits today? General Motors? Exxon? I.B.M.?
If you guessed any of these, you're wrong. THE NATION magazine reports that the most profitable Corporation in the world today is the American Telephone and Telegraph Company - the Bell System.
In 1972 - the last year in which figures were made available - A.T.&T. earned an after-tax profit of $2.53 billion (dollars). This works out to be $12.19 for every man woman and child in the United States. If you add together the 1972 profits of U.S. Steel, Dupont, Chrysler, Westinghouse, Goodyear, R.C.A., Union Carbide, Bethlehem Steel, McDonnell-Douglas, Greyhound, Firestone, Xerox and Shell Oil, their combined profits were $20 million less than A.T.&T.'s alone.
FORTUNE magazine reports that while the top 500 corporations in America earned an average 5 percent profit in 1972, A.T.&T. checked in with a healthy 12.1 percent profit that year. A.T.&T., of course, is a government regulated poly.