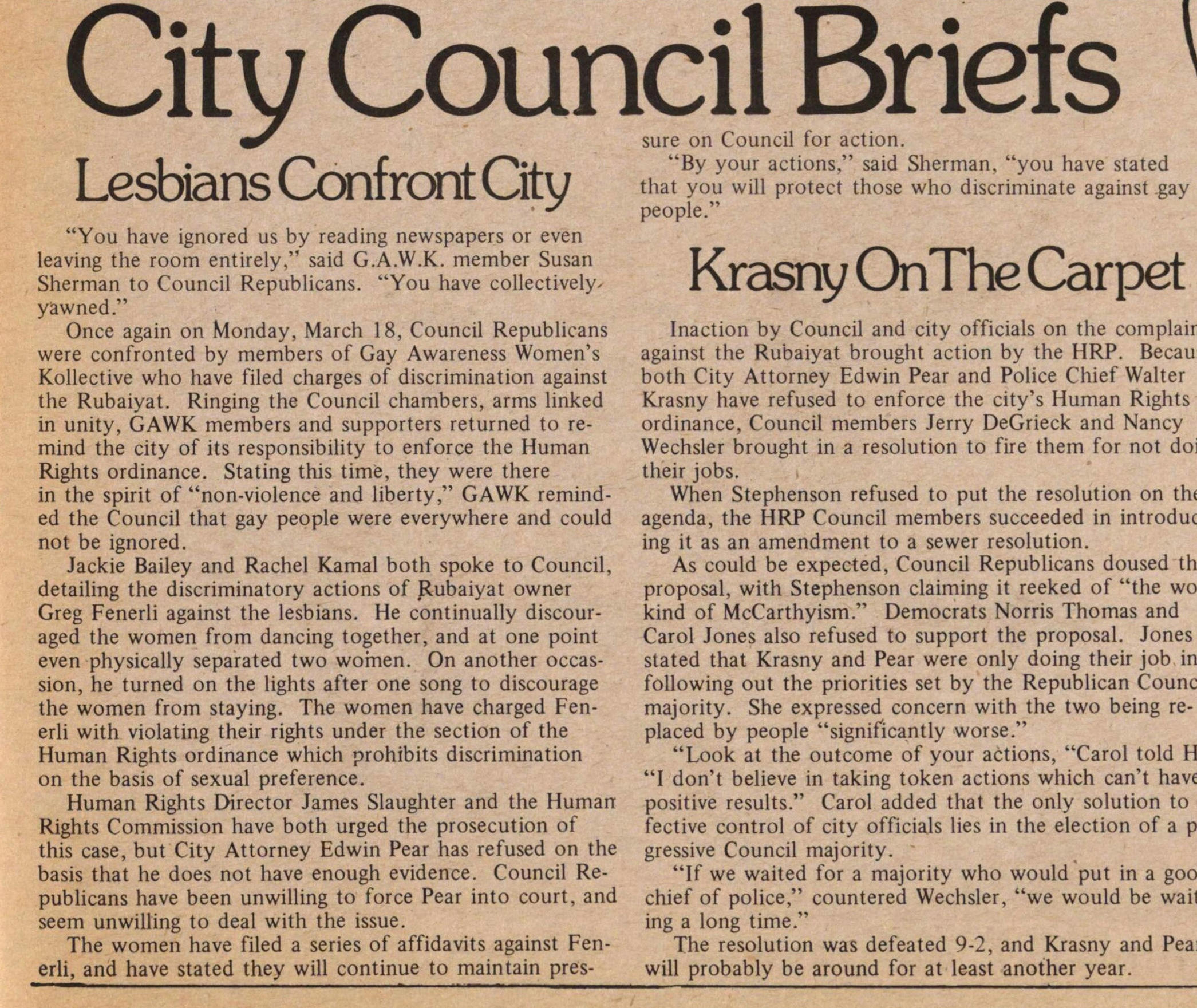 "You have ignored us by reading newspapers or even leaving the room entirely," said G.A.W.K. member Susan Sherman to Council Republicans. "You have collectively yawned."

Once again on Monday, March 18, Council Republicans were confronted by members of Gay Awareness Women's Kollective who have filed charges of discrimination against the Rubaiyat. Ringing the Council chambers, arms linked in unity, GAWK members and supporters returned to remind the city of its responsibility to enforce the Human Rights ordinance. Stating this time, they were there in the spirit of "non-violence and liberty," GAWK reminded the Council that gay people were everywhere and could not be ignored.

Jackie Bailey and Rachel Kamal both spoke to Council, detailing the discriminatory actions of Rubaiyat owner Greg Fenerli against the lesbians. He continually discouraged the women from dancing together, and at one point even physically separated two women. On another occasion, he turned on the lights after one song to discourage the women from staying. The women have charged Fenerli with violating their rights under the section of the Human Rights ordinance which prohibits discrimination on the basis of sexual preference.

Human Rights Director James Slaughter and the Human Rights Commission have both urged the prosecution of this case, but City Attorney Edwin Pear has refused on the basis that he does not have enough evidence. Council Republicans have been unwilling to force Pear into court, and seem unwilling to deal with the issue.

The women have filed a series of affidavits against Fenerli, and have stated they will continue to maintain pressure on Council for action. "By your actions," said Sherman, "you have stated that you will protect those who discriminate against gay people."