Krasny On The Carpet 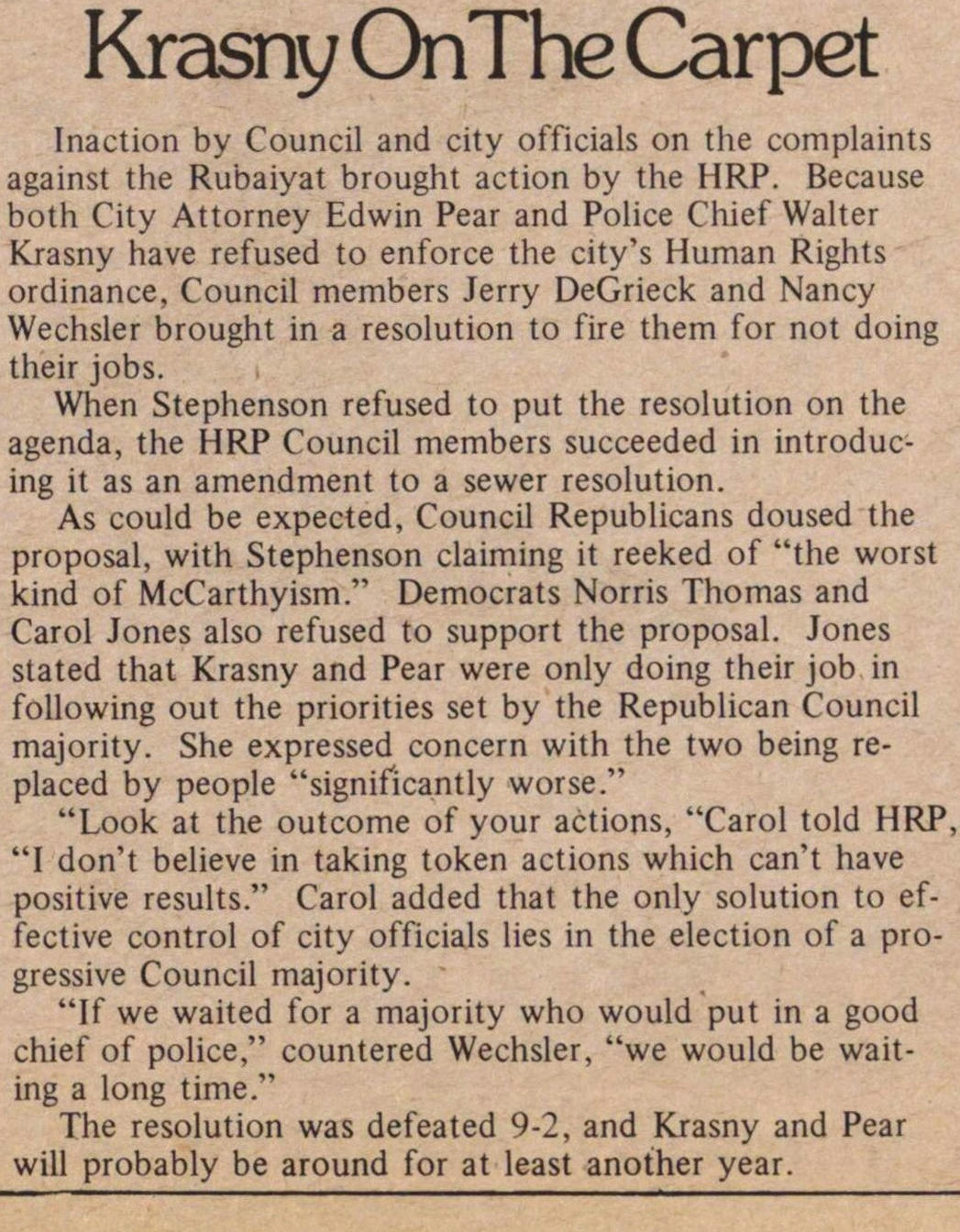 Krasny On The Carpet

Inaction by Council and city officials on the complaints against the Rubaiyat brought action by the HRP. Because both City Attorney Edwin Pear and Police Chief Walter Krasny have refused to enforce the city's Human Rights ordinance, Council members Jerry DeGrieck and Nancy Wechsler brought in a resolution to fire them for not doing their jobs.

When Stephenson refused to put the resolution on the agenda, the HRP Council members succeeded in introducing it as an amendment to a sewer resolution.

As could be expected, Council Republicans doused the proposal, with Stephenson claiming it reeked of "the worst kind of McCarthyism." Democrats Norris Thomas and Carol Jones also refused to support the proposal. Jones stated that Krasny and Pear were only doing their job in following out the priorities set by the Republican Council majority. She expressed concern with the two being replaced by people "significantly worse."

"Look at the outcome of your actions," Carol told HRP, "I don't believe in taking token actions which can't have positive results." Carol added that the only solution to effective control of city officials lies in the election of a progressive Council majority.

"If we waited for a majority who would put in a good chief of police," countered Wechsler, "we would be waiting a long time."

The resolution was defeated 9-2, and Krasny and Pear will probably be around for at least another year.