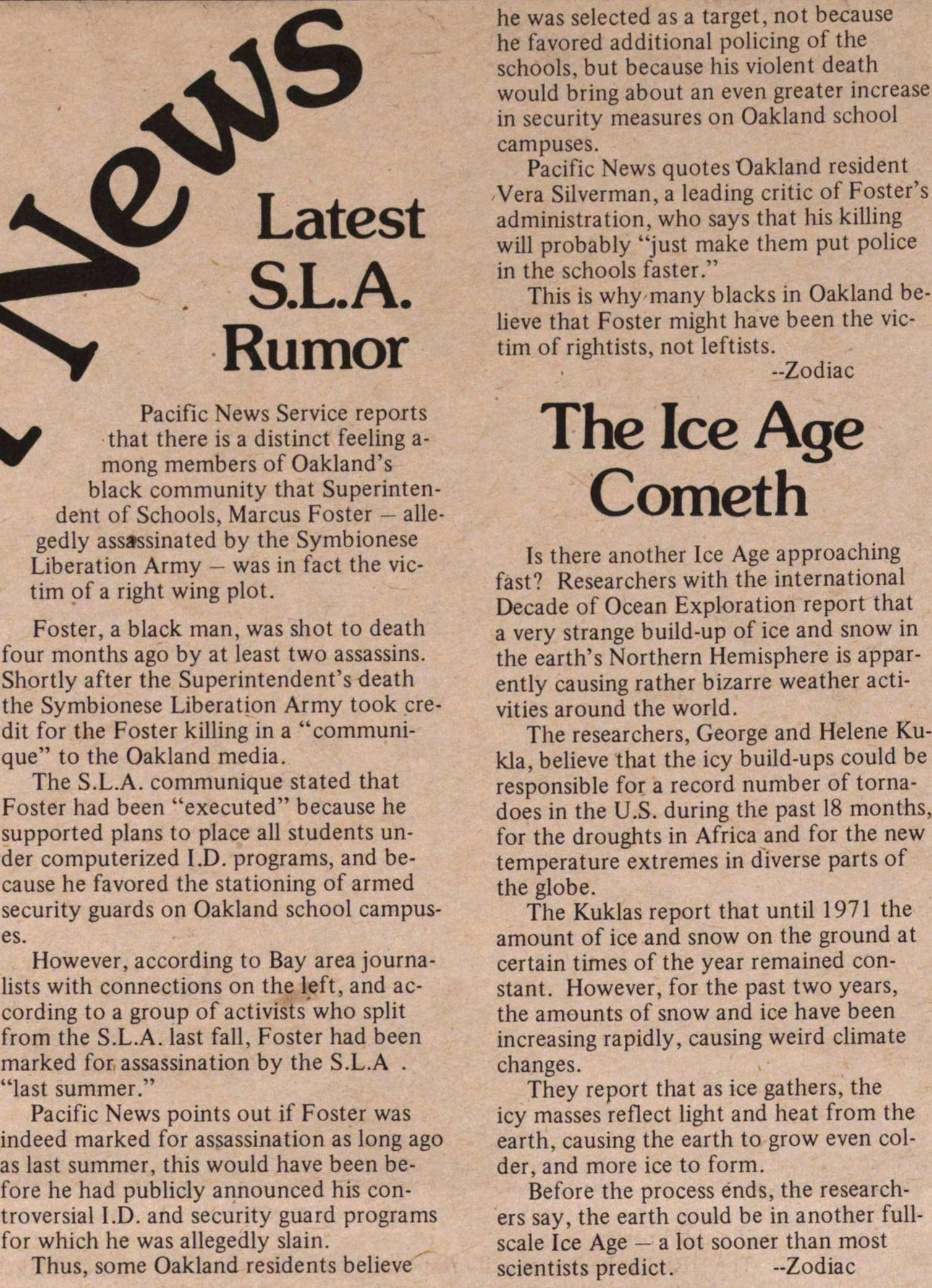 Pacific News Service reports that there is a distinct feeling among members of Oakland's black community that Superintendent of Schools, Marcus Foster -- allegedly assassinated by the Symbionese Liberation Army -- was in fact the victim of a right wing plot.

Foster, a black man, was shot to death four months ago by at least two assassins. Shortly after the Superintendent's death the Symbionese Liberation Army took credit for the Foster killing in a "communiqué" to the Oakland media.

The S.L.A. communiqué stated that Foster had been "executed" because he supported plans to place all students under computerized I.D. programs, and because he favored the stationing of armed security guards on Oakland school campuses.

However, according to Bay area journalists with connections on the left, and according to a group of activists who split from the S.L.A. last fall, Foster had been marked for assassination by the S.L.A. "last summer."

Pacific News points out if Foster was indeed marked for assassination as long ago as last summer, this would have been before he had publicly announced his controversial I.D. and security guard programs for which he was allegedly slain.

Thus, some Oakland residents believe he was selected as a target, not because he favored additional policing of the schools, but because his violent death would bring about an even greater increase in security measures on Oakland school campuses.

Pacific News quotes Oakland resident Vera Silverman, a leading critic of Foster's administration, who says that his killing will probably "just make them put police in the schools faster."

This is why many blacks in Oakland believe that Foster might have been the victim of rightists, not leftists.