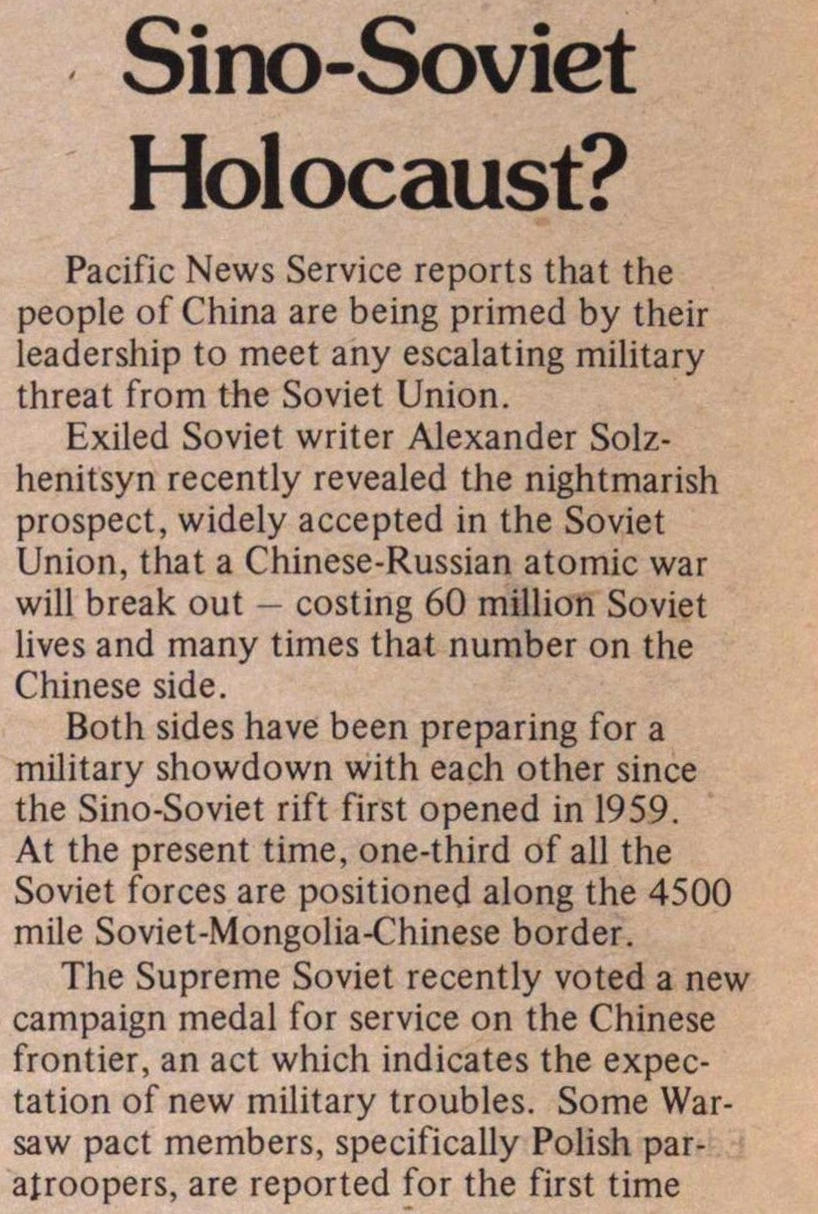 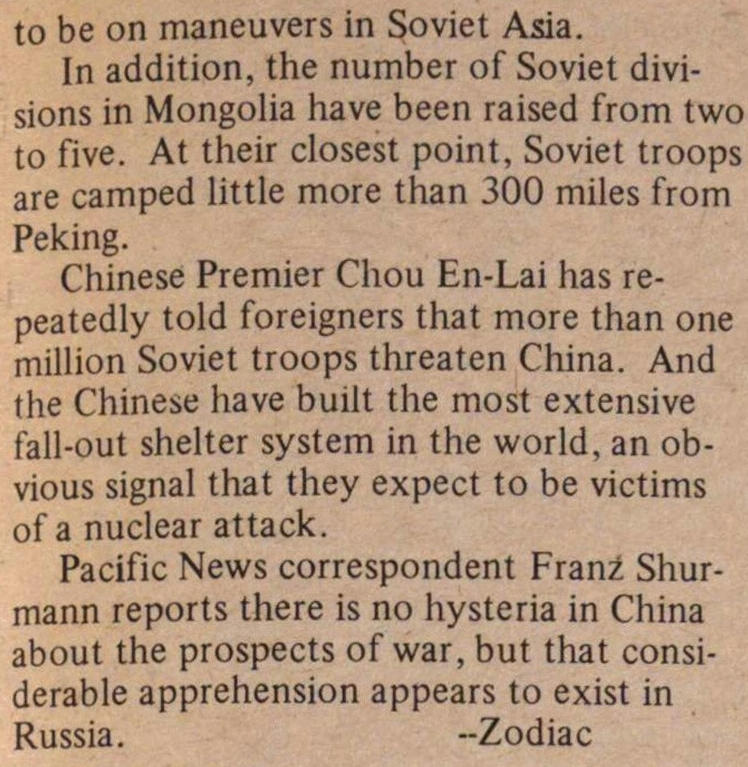 Pacific News Service reports that the people of China are being primed by their leadership to meet any escalating military threat from the Soviet Union.

Exiled Soviet writer Alexander Solzhenitsyn recently revealed the nightmarish prospect, widely accepted in the Soviet Union, that a Chinese-Russian atomic war will break out - costing 60 million Soviet lives and many times that number on the Chinese side.

Both sides have been preparing for a military showdown with each other since the Sino-Soviet rift first opened in 1959. At the present time, one-third of all the Soviet forces are positioned along the 4500 mile Soviet-Mongolia-Chinese border.

The Supreme Soviet recently voted a new campaign medal for service on the Chinese frontier, an act which indicates the expectation of new military troubles. Some Warsaw pact members, specifically Polish paratroopers, are reported for the first time to be on maneuvers in Soviet Asia.

In addition, the number of Soviet divisions in Mongolia have been raised from two to five. At their closest point, Soviet troops are camped little more than 300 miles from Peking.

Chinese Premier Chou En-Lai has repeatedly told foreigners that more than one million Soviet troops threaten China. And the Chinese have built the most extensive fall-out shelter system in the world, an obvious signal that they expect to be victims of a nuclear attack.

Pacific News correspondent Franz Shurmann reports there is no hysteria in China about the prospects of war, but that considerable apprehension appears to exist in Russia.