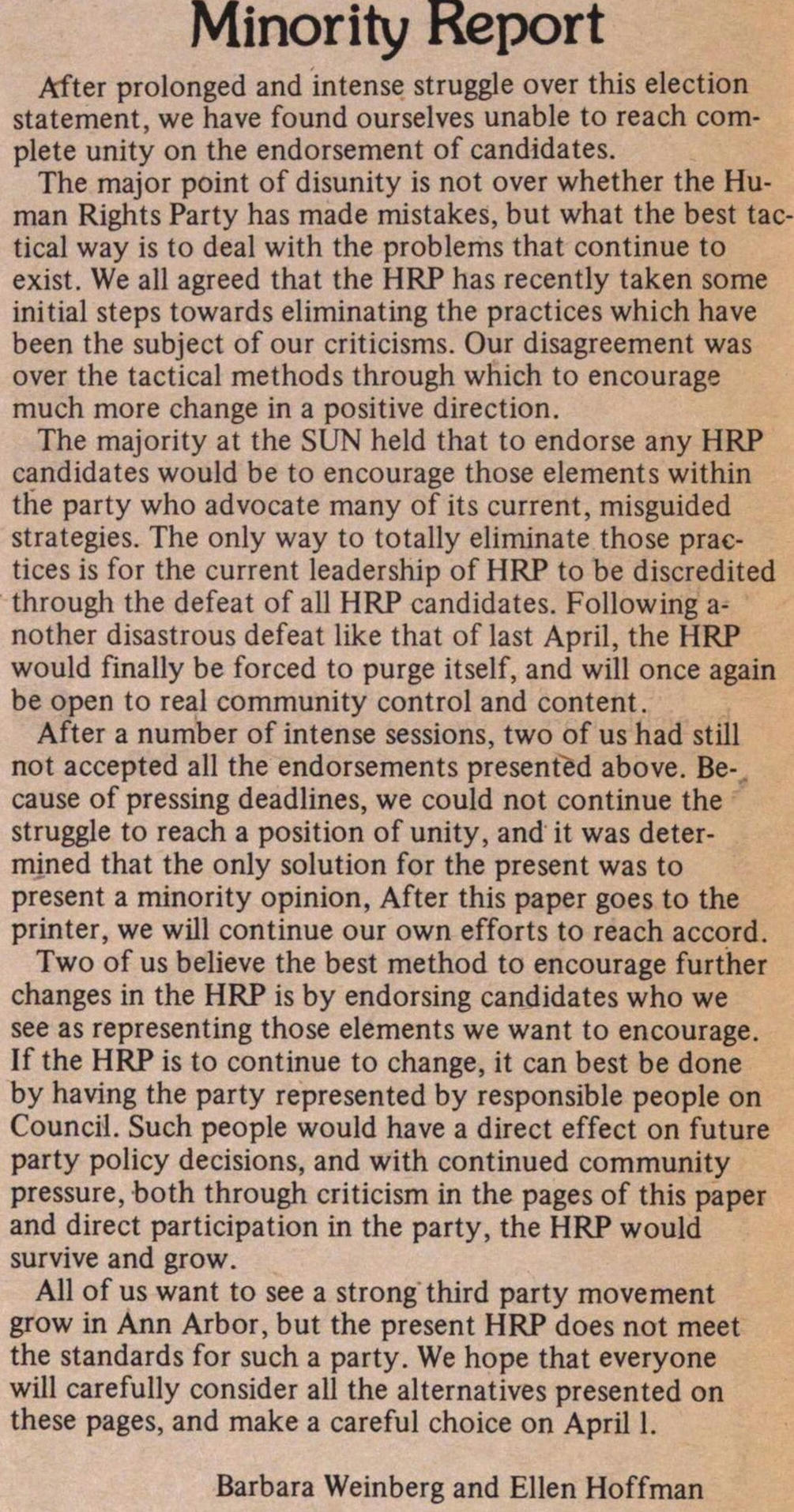 Minority Report
After prolonged and intense struggle over this election statement, we have found ourselves unable to reach complete unity on the endorsement of candidates.
The major point of disunity is not over whether the Human Rights Party has made mistakes, but what the best tactical way is to deal with the problems that continue to exist. We all agreed that the HRP has recently taken some initial steps towards eliminating the practices which have been the subject of our criticisms. Our disagreement was over the tactical methods through which to encourage much more change in a positive direction.
The majority at the SUN held that to endorse any HRP candidates would be to encourage those elements within the party who advocate many of its current, misguided strategies. The only way to totally eliminate those practices is for the current leadership of HRP to be discredited through the defeat of all HRP candidates. Following another disastrous defeat like that of last April, the HRP would finally be forced to purge itself, and will once again be open to real community control and content.
After a number of intense sessions, two of us had still not accepted all the endorsements presented above. Because of pressing deadlines, we could not continue the struggle to reach a position of unity, and it was determined that the only solution for the present was to present a minority opinion, After this paper goes to the printer, we will continue our own efforts to reach accord.
Two of us believe the best method to encourage further changes in the HRP is by endorsing candidates who we see as representing those elements we want to encourage. If the HRP is to continue to change, it can best be done by having the party represented by responsible people on Council. Such people would have a direct effect on future party policy decisions, and with continued community pressure, both through criticism in the pages of this paper and direct participation in the party, the HRP would survive and grow.
All of us want to see a strong third party movement grow in Ann Arbor, but the present HRP does not meet the standards for such a party. We hope that everyone will carefully consider all the alternatives presented on these pages, and make a careful choice on April 1.