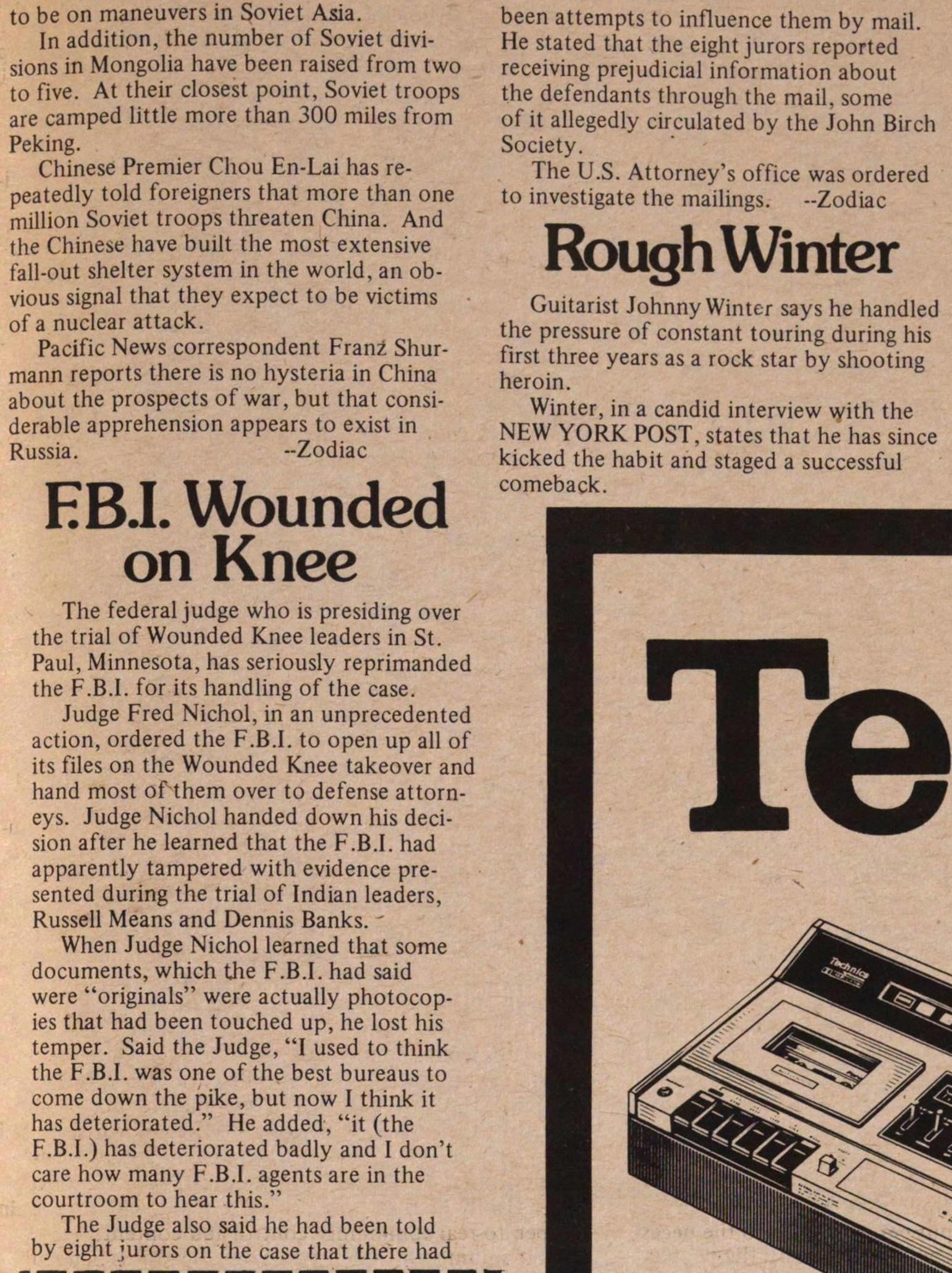 The federal judge who is presiding over the trial of Wounded Knee leaders in St. Paul, Minnesota, has seriously reprimanded the F.B.I. for its handling of the case.

Judge Fred Nichol, in an unprecedented action, ordered the F.B.I. to open up all of its files on the Wounded Knee takeover and hand most of them over to defense attorneys. Judge Nichol handed down his decision after he learned that the F.B.I. had apparently tampered with evidence presented during the trial of Indian leaders, Russell Means and Dennis Banks.

When Judge Nichol learned that some documents, which the F.B.I. had said were "originals" were actually photocopies that had been touched up, he lost his temper. Said the Judge, "I used to think the F.B.I. was one of the best bureaus to come down the pike, but now I think it has deteriorated." He added, "it (the F.B.I.) has deteriorated badly and I don't care how many F.B.I. agents are in the courtroom to hear this."

The Judge also said he had been told by eight jurors on the case that there had  been attempts to influence them by mail. He stated that the eight jurors reported receiving prejudicial information about the defendants through the mail, some of it allegedly circulated by the John Birch Society.

The U.S. Attorney's office was ordered to investigate the mailings.