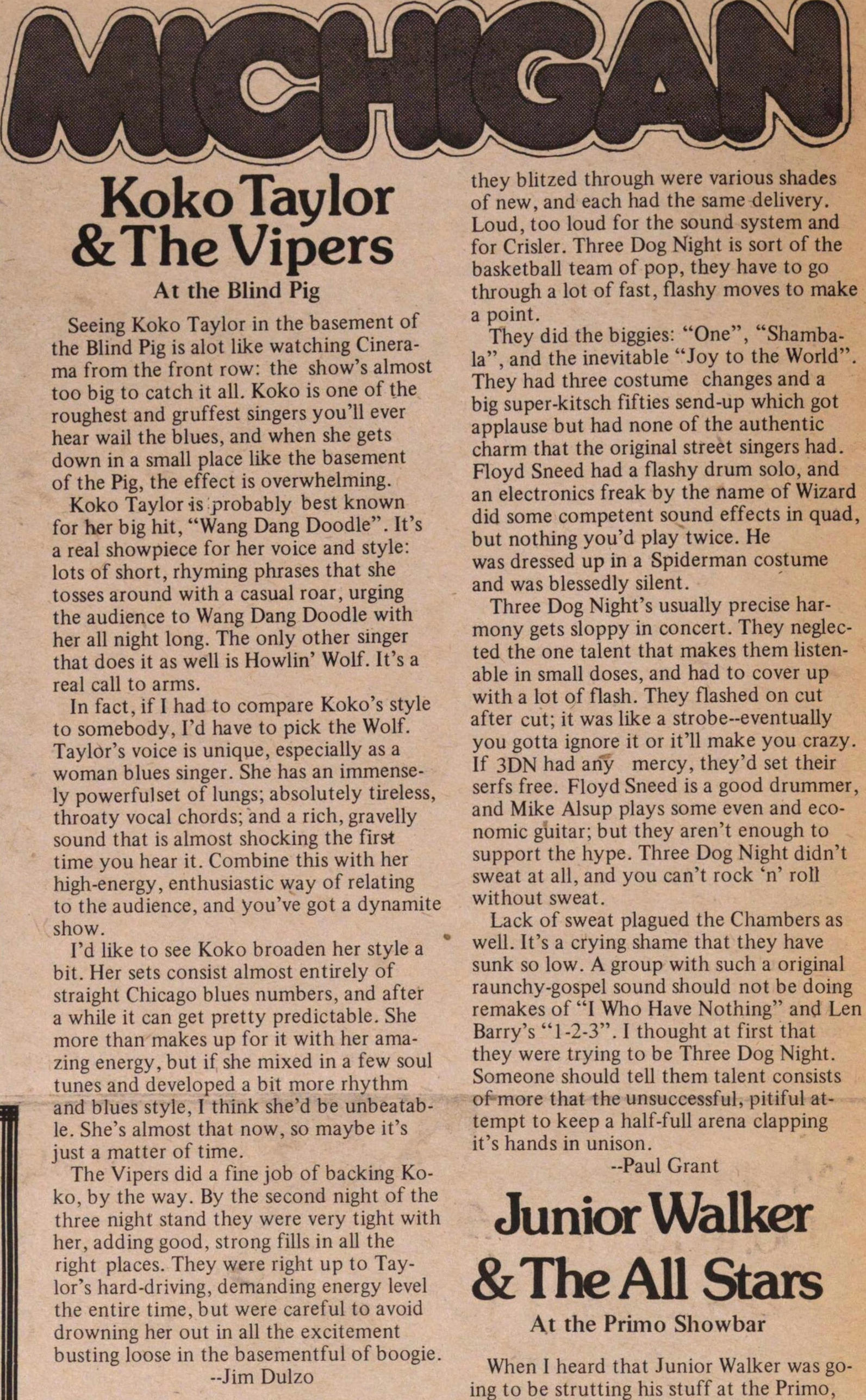 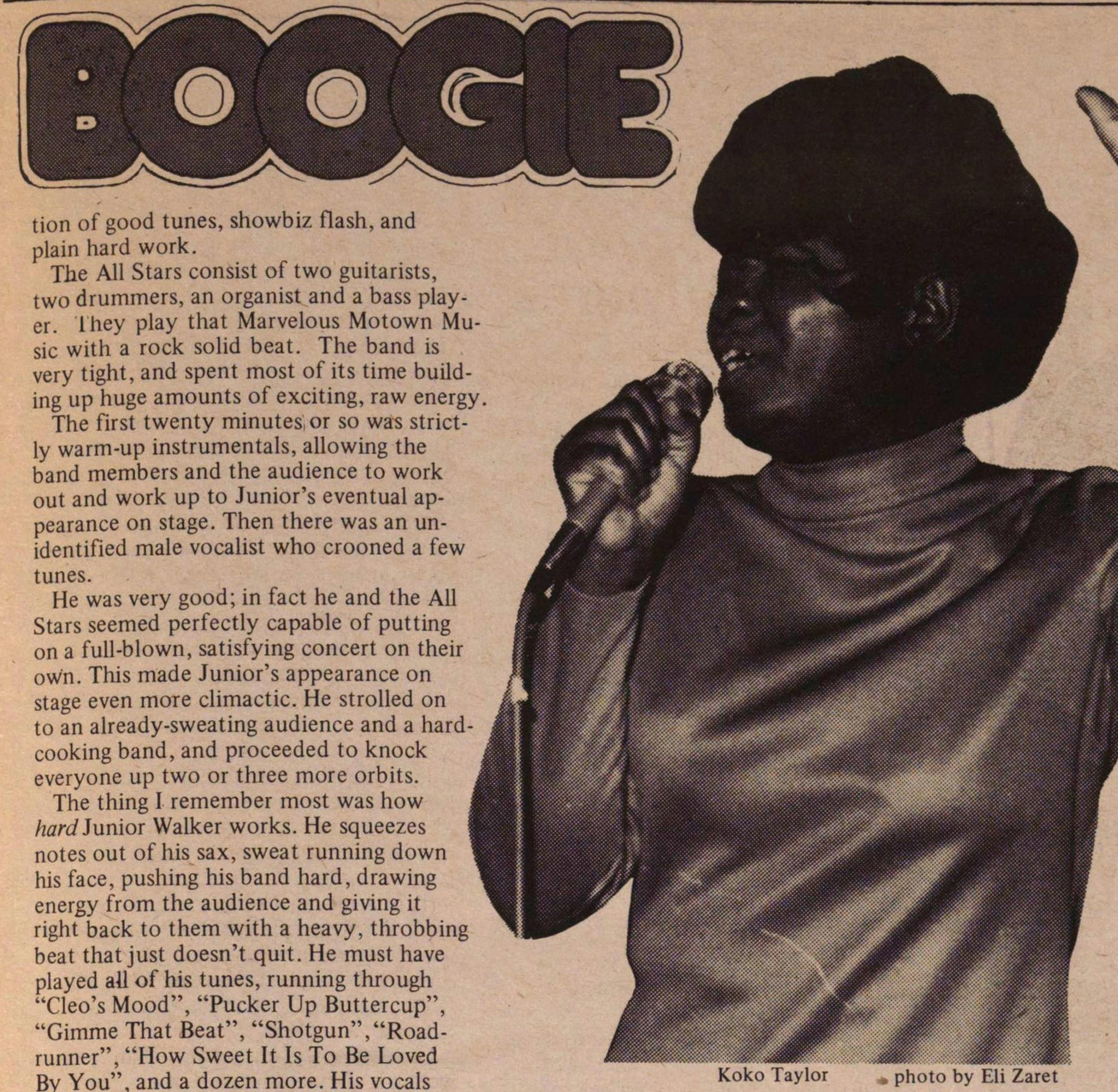 Seeing Koko Taylor in the basement of the Blind Pig is a lot like watching Cinerama from the front row: the show's almost too big to catch it all. Koko is one of the roughest and gruffest singers you'll ever hear wail the blues, and when she gets down in a small place like the basement of the Pig, the effect is overwhelming.

Koko Taylor is probably best known for her big hit, "Wang Dang Doodle". It's a real showpiece for her voice and style: lots of short, rhyming phrases that she tosses around with a casual roar, urging the audience to Wang Dang Doodle with her all night long. The only other singer that does it as well is Howlin' Wolf. It's a real call to arms.

In fact, if I had to compare Koko's style to somebody, I'd have to pick the Wolf. Taylor's voice is unique, especially as a woman blues singer. She has an immensely powerful set of lungs; absolutely tireless, throaty vocal chords; and a rich, gravelly sound that is almost shocking the first time you hear it. Combine this with her high-energy, enthusiastic way of relating to the audience, and you've got a dynamite show.

I'd like to see Koko broaden her style a bit. Her sets consist almost entirely of straight Chicago blues numbers, and after a while it can get pretty predictable. She more than makes up for it with her amazing energy, but if she mixed in a few soul tunes and developed a bit more rhythm and blues style, I think she'd be unbeatable. She's almost that now, so maybe it's just a matter of time.

The Vipers did a fine job of backing Koko, by the way. By the second night of the three night stand they were very tight with her, adding good, strong fills in all the right places. They were right up to Taylor's hard-driving, demanding energy level the entire time, but were careful to avoid drowning her out in all the excitement busting loose in the basementful of boogie.  --Jim Dulzo