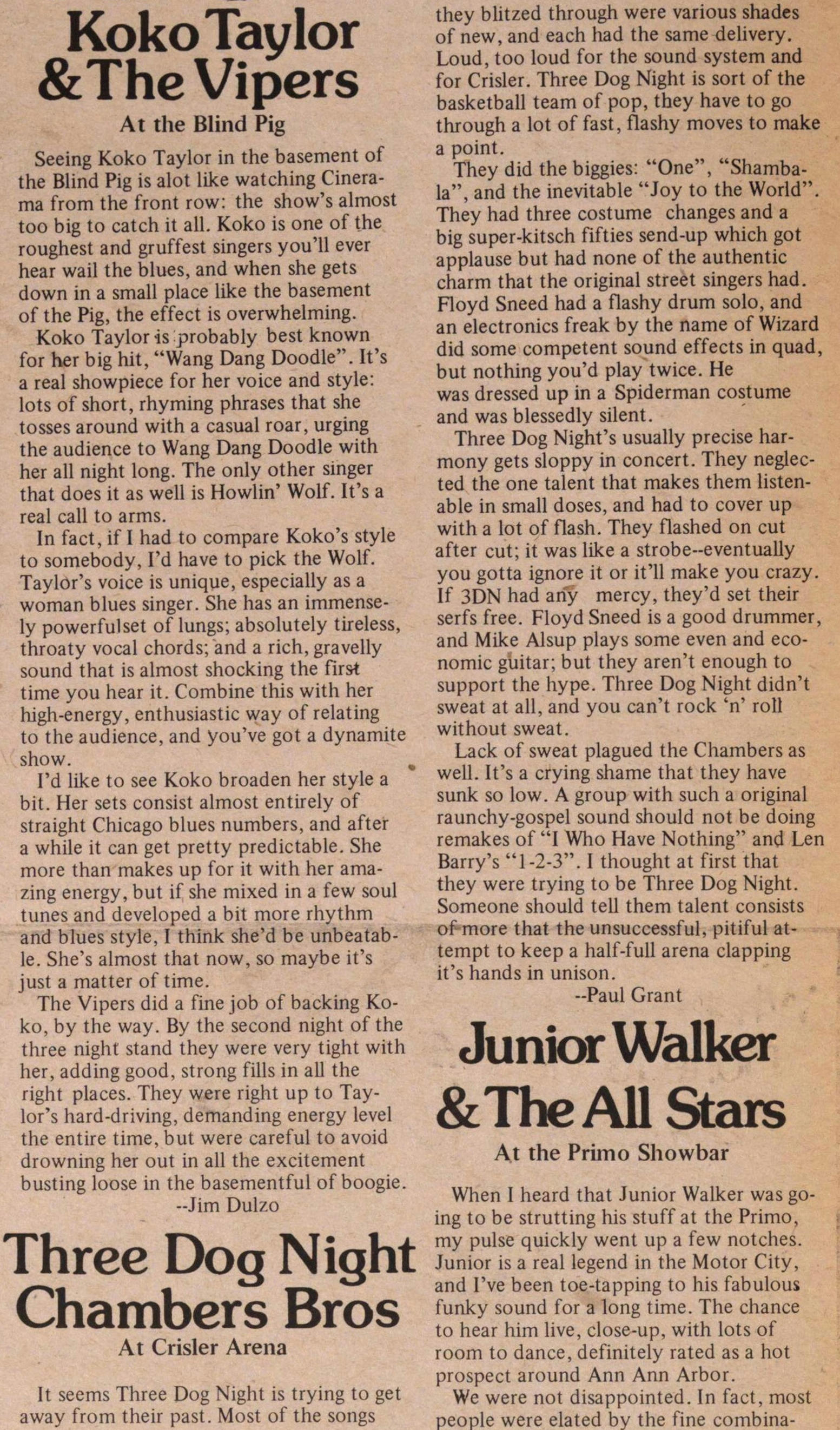 It seems Three Dog Night is trying to get away from their past. Most of the songs they blitzed through were various shades of new, and each had the same delivery. Loud, too loud for the sound system and for Crisler. Three Dog Night is sort of the basketball team of pop, they have to go through a lot of fast, flashy moves to make a point.

They did the biggies: "One", "Shambala", and the inevitable "Joy to the World". They had three costume changes and a big super-kitsch fifties send-up which got applause but had none of the authentic charm that the original street singers had. Floyd Sneed had a flashy drum solo, and an electronics freak by the name of Wizard did some competent sound effects in quad, but nothing you'd play twice. He was dressed up in a Spiderman costume and was blessedly silent.

Three Dog Night's usually precise harmony gets sloppy in concert. They neglected the one talent that makes them listenable in small doses, and had to cover up with a lot of flash. They flashed on cut after cut; it was like a strobe--eventually you gotta ignore it or it'll make you crazy. If 3DN had any mercy, they'd set their serfs free. Floyd Sneed is a good drummer, and Mike Alsup plays some even and economic guitar; but they aren't enough to support the hype. Three Dog Night didn't sweat at all, and you can't rock 'n' roll without sweat.

Lack of sweat plagued the Chambers as well. It's a crying shame that they have sunk so low. A group with such a original raunchy-gospel sound should not be doing remakes of "I Who Have Nothing" and Len Barry's "1-2-3". I thought at first that they were trying to be Three Dog Night. Someone should tell them talent consists of more that the unsuccessful, pitiful attempt to keep a half-full arena clapping it's hands in unison.  -- Paul Grant