Junior Walker & The All Stars 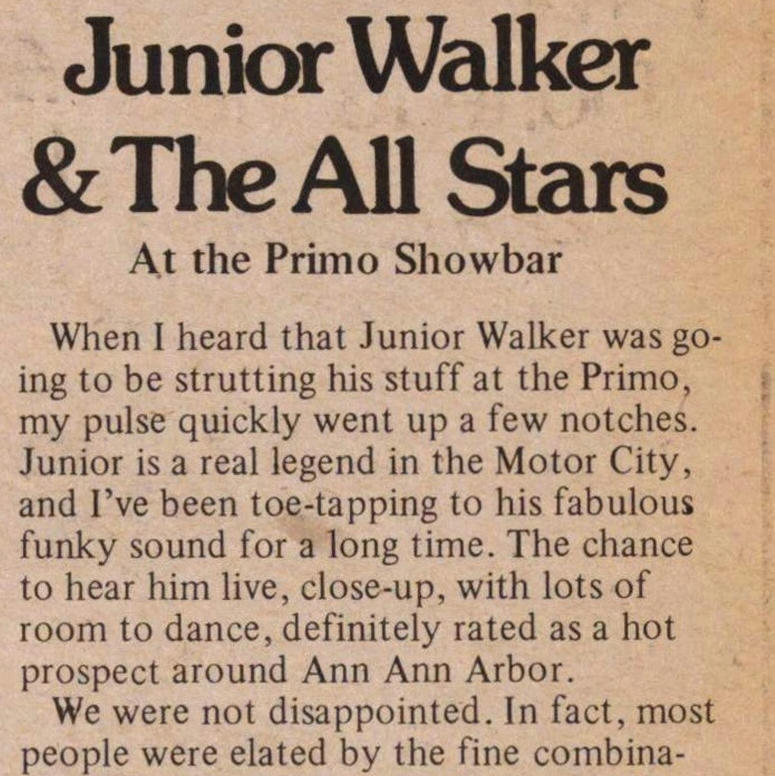 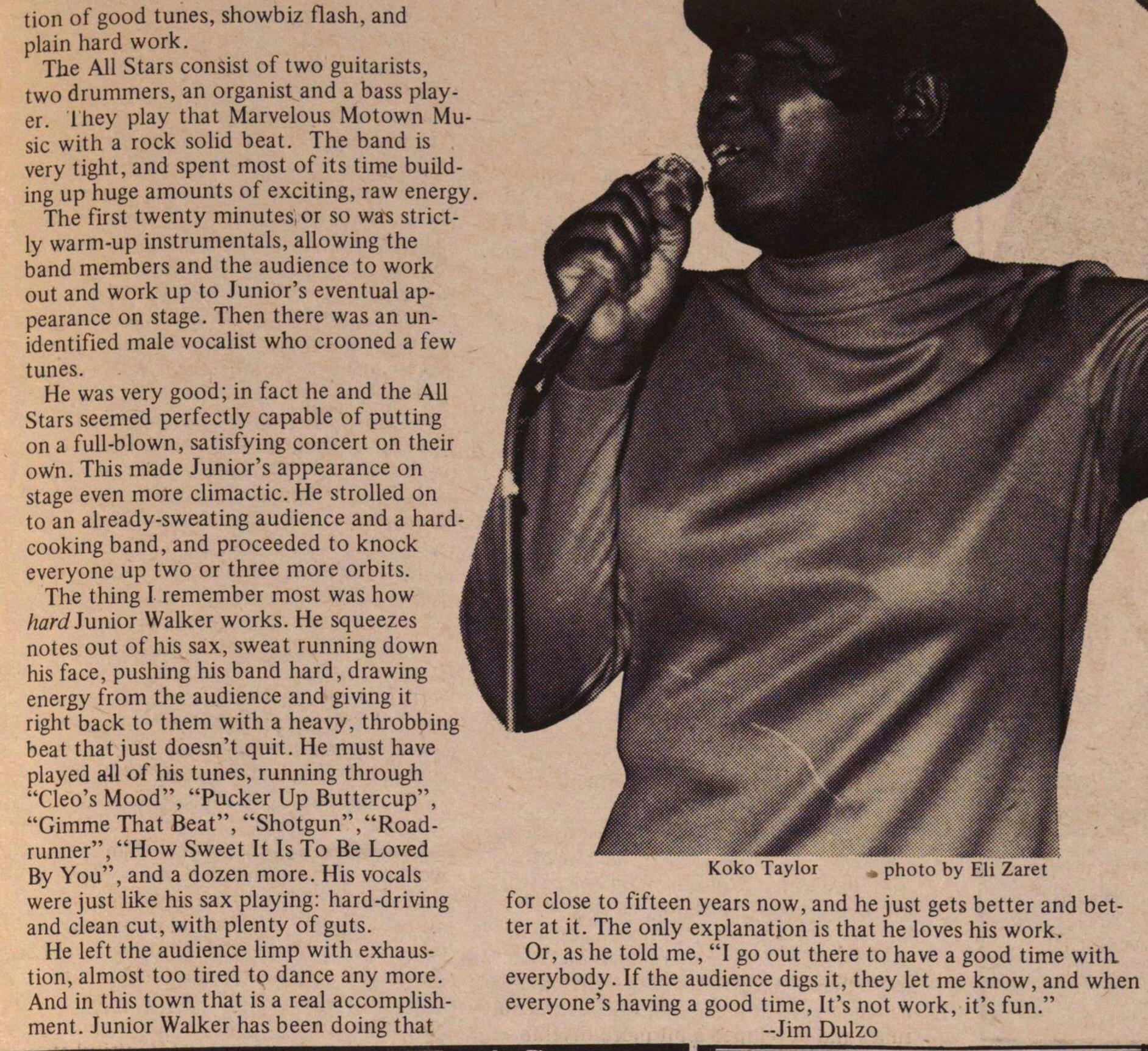 Junior Walker & The All Stars at the Primo Showbar

When I heard that Junior Walker was going to be strutting his stuff at the Primo, my pulse quickly went up a few notches. Junior is a real legend in the Motor City, and I've been toe-tapping to his fabulous funky sound for a long time. The chance to hear him live, close-up, with lots of room to dance, definitely rated as a hot prospect around Ann Ann Arbor. We were not disappointed. In fact, most people were elated by the fine combination of good tunes, showbiz flash, and plain hard work.

The All Stars consist of two guitarists, two drummers, an organist and a bass player. They play that Marvelous Motown Music with a rock solid beat. The band is very tight, and spent most of its time building up huge amounts of exciting, raw energy.

The first twenty minutes or so was strictly warm-up instrumentals, allowing the band members and the audience to work out and work up to Junior's eventual appearance on stage. Then there was an unidentified male vocalist who crooned a few tunes.

He was very good; in fact he and the All Stars seemed perfectly capable of putting on a full-blown, satisfying concert on their own. This made Junior's appearance on stage even more climactic. He strolled on to an already-sweating audience and a hard-cooking band, and proceeded to knock everyone up two or three more orbits.

The thing I remember most was how hard Junior Walker works. He squeezes I notes out of his sax, sweat running down his face, pushing his band hard, drawing energy from the audience and giving it right back to them with a heavy, throbbing beat that just doesn't quit. He must have played all of his tunes, running through "Cleo's Mood", "Pucker Up Buttercup", "Gimme That Beat", "Shotgun","Roadrunner", "How Sweet It Is To Be Loved By You", and a dozen more. His vocals were just like his sax playing: hard-driving and clean cut, with plenty of guts.

He left the audience limp with exhaustion, almost too tired to dance any more. And in this town that is a real accomplishment. Junior Walker has been doing that for close to fifteen years now, and he just gets better and better at it. The only explanation is that he loves his work.

Or, as he told me, "I go out there to have a good time with everybody. If the audience digs it, they let me know, and when everyone's having a good time, It's not work, it's fun."  --Jim Dulzo