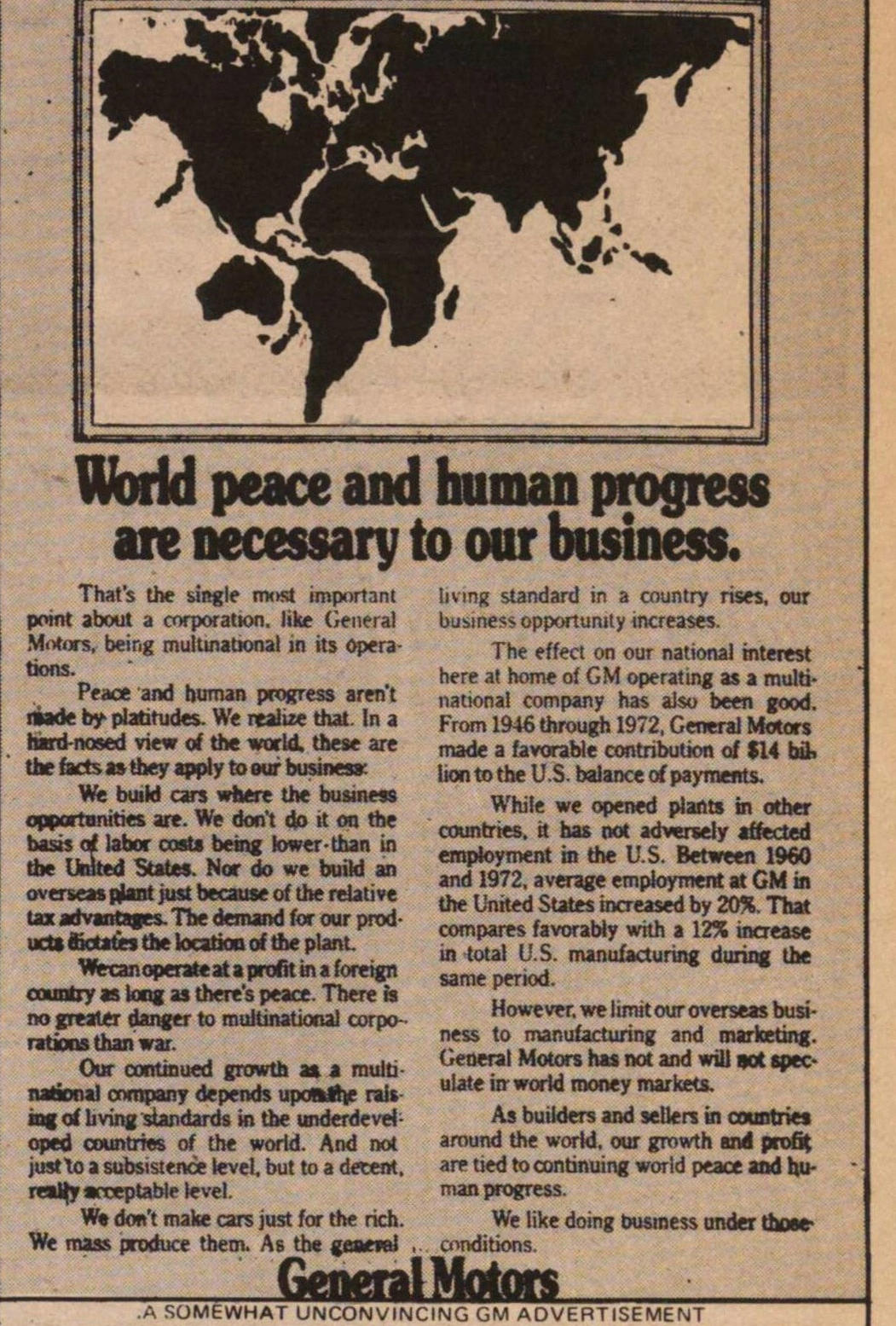 World peace and human progress are necessary to our business.

That's the single most important point about a corporation like General Motors, being multinational in its operations.

Peace and human progress aren't made by platitudes. We realize that. In a hard-nosed view of the world, these are the facts as they apply to our business:

We build cars where the business opportunities are. We don't do it on the basis of labor costs being lower than in the United States. Nor do we build an overseas plant just because of the relative tax advantages. The demand for our products dictates the location of the plant.

We can operate at a profit in a foreign country as long as there's peace. There is no greater danger to multinational corporations than war.

Our continued growth as a multinational company depends upon the raising of living standards in the underdeveloped countries of the world. And not just to a subsistence level, but to a decent, really acceptable level.

We don't make cars just for the rich. We mass-produce them. As the general living Standard in a country rises, our business opportunity increases.

The effect on our nationa] interest here at home of GM operating as a multinational company has also been good. From 1946 through 1972, Central Motors made a favorable conthbuüon of $14 bit i ion to the U.S. balance of payments.

While we opened plants in other countries, it has not adversely affected employment in the U.S. Between 1960 and 1972, average employment at GM in the United States increased by 20%. That compares favorably with a 12% increase in total U.S. manufacturing during the same period.

However, we limit our overseas business to manufacturing and marketing. General Motors has not and will not speculate in world money markets.

As builders and sellers in countries around the world, our growth and profit are tied to continuing world peace and human progress. We like doing business under those conditions.