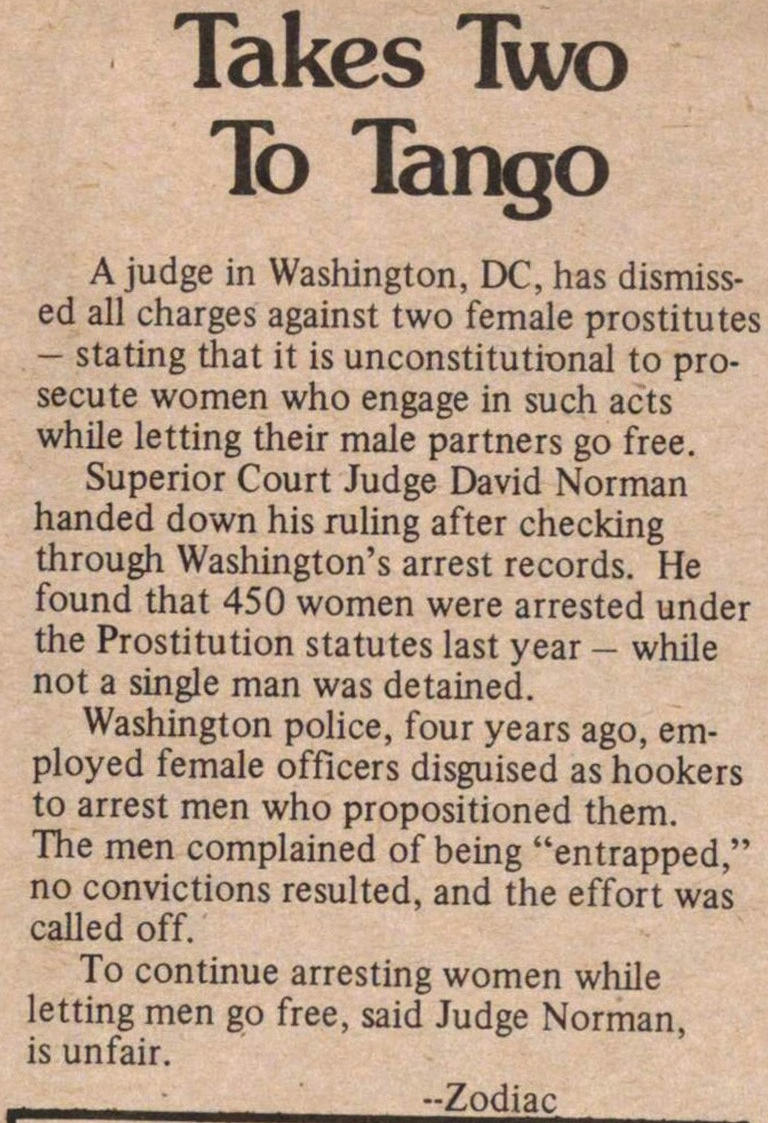 A judge in Washington, DC, has dismissed all charges against two female prostitutes – stating that it is unconstitutional to prosecute women who engage in such acts while letting their male partners go free.

Superior Court Judge David Norman handed down his ruling after checking through Washington’s arrest records. He found that 450 women were arrested under the Prostitution statutes last year – while not a single man was detained.

Washington police, four years ago, employed female officers disguised as hookers to arrest men who propositioned them. The men complained of being “entrapped,” no convictions resulted, and the effort was called off.