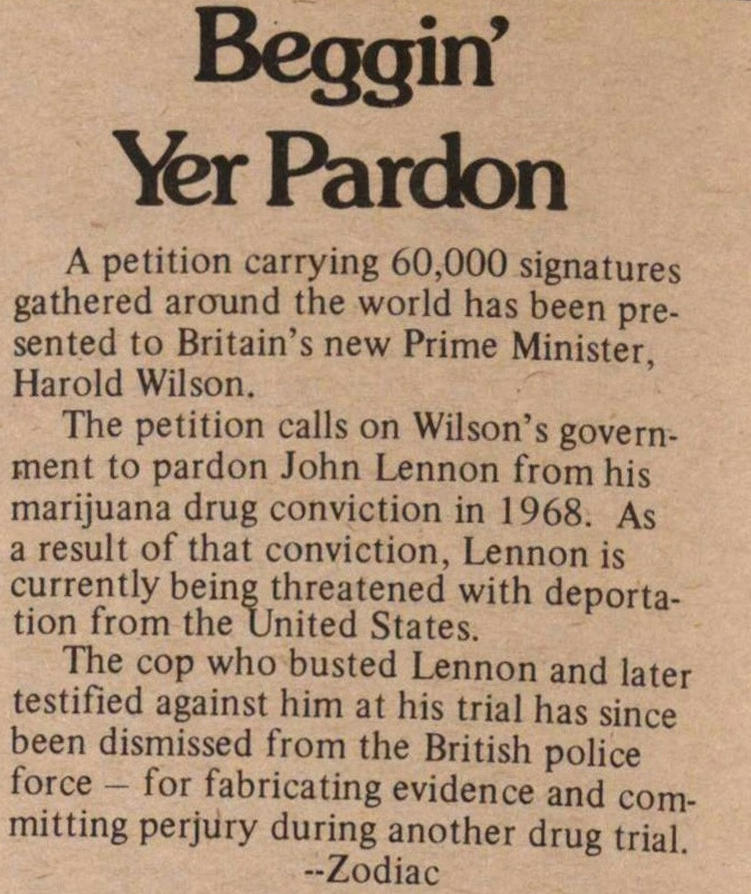 A petition carrying 60,000 signatures gathered around the world has been presented to Britain’s new Prime Minister Harold Wilson.

The petition calls on Wilson’s government to pardon John Lennon from his marijuana drug conviction in 1968. As a result of that conviction, Lennon is currently being threatened with deportation from the United States.

The cop who busted Lennon and later testified against him at his trial has since been dismissed from the British police force – for fabricating evidence and committing perjury during another drug trial.