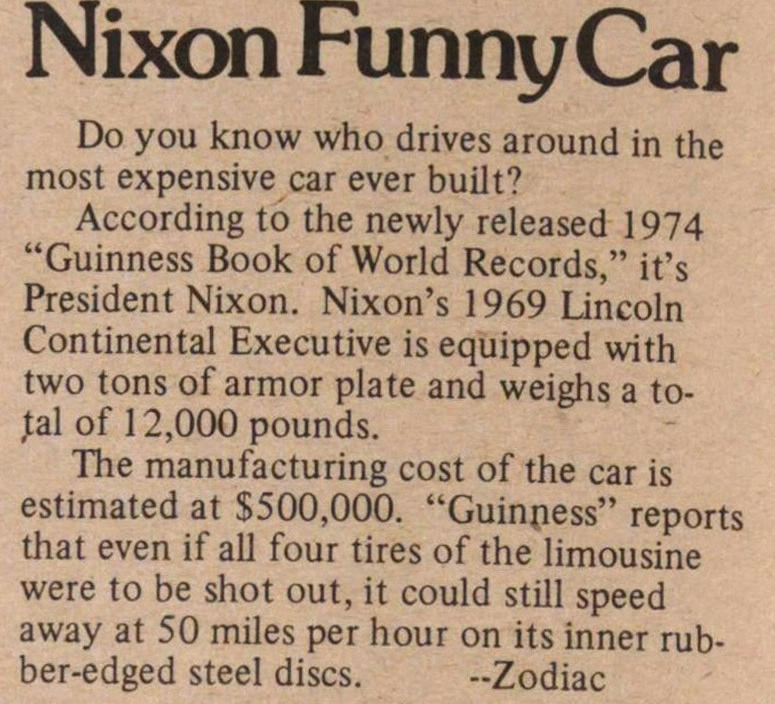 Do you know who drives around in the most expensive car ever built?

According to the newly released 1974 "Guinness Book of World Records," it's President Nixon. Nixon's 1969 Lincoln Continental Executive is equipped with two tons of armor plate and weighs a total of 12,000 pounds. The manufacturing cost of the car is estimated at $500,000.

"Guinness" reports that even if all four tires of the limousine were to be shot out, it could still speed away at 50 miles per hour on its inner rubber-edged steel discs.   -Zodiac