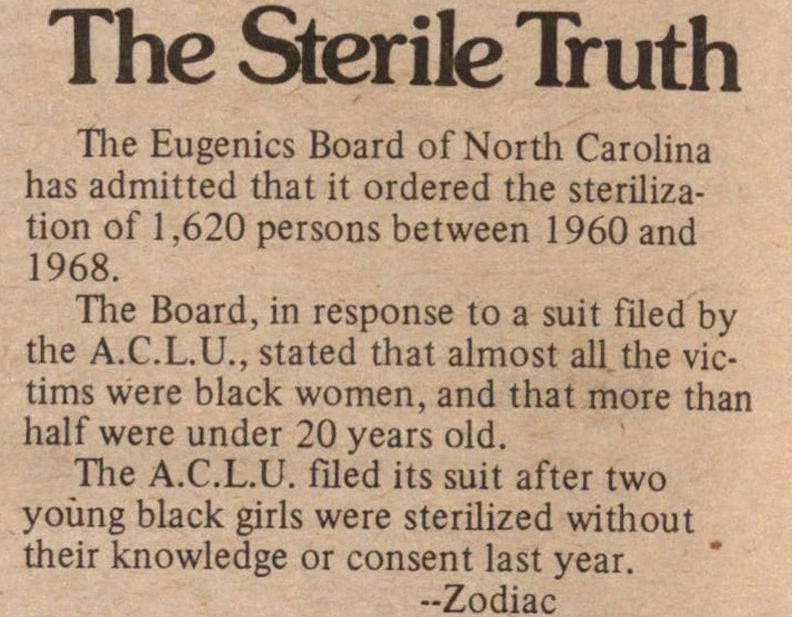 The Eugenics Board of North Carolina has admitted that it ordered the sterilization of 1,620 persons between 1960 and 1968.

The Board, in response to a suit filed by the A.C.L.U., stated that almost all the victims were black women and that more than half were under 20 years old.

The A.C.L.U. filed its suit after two young black girls were sterilized without their knowledge or consent last year.