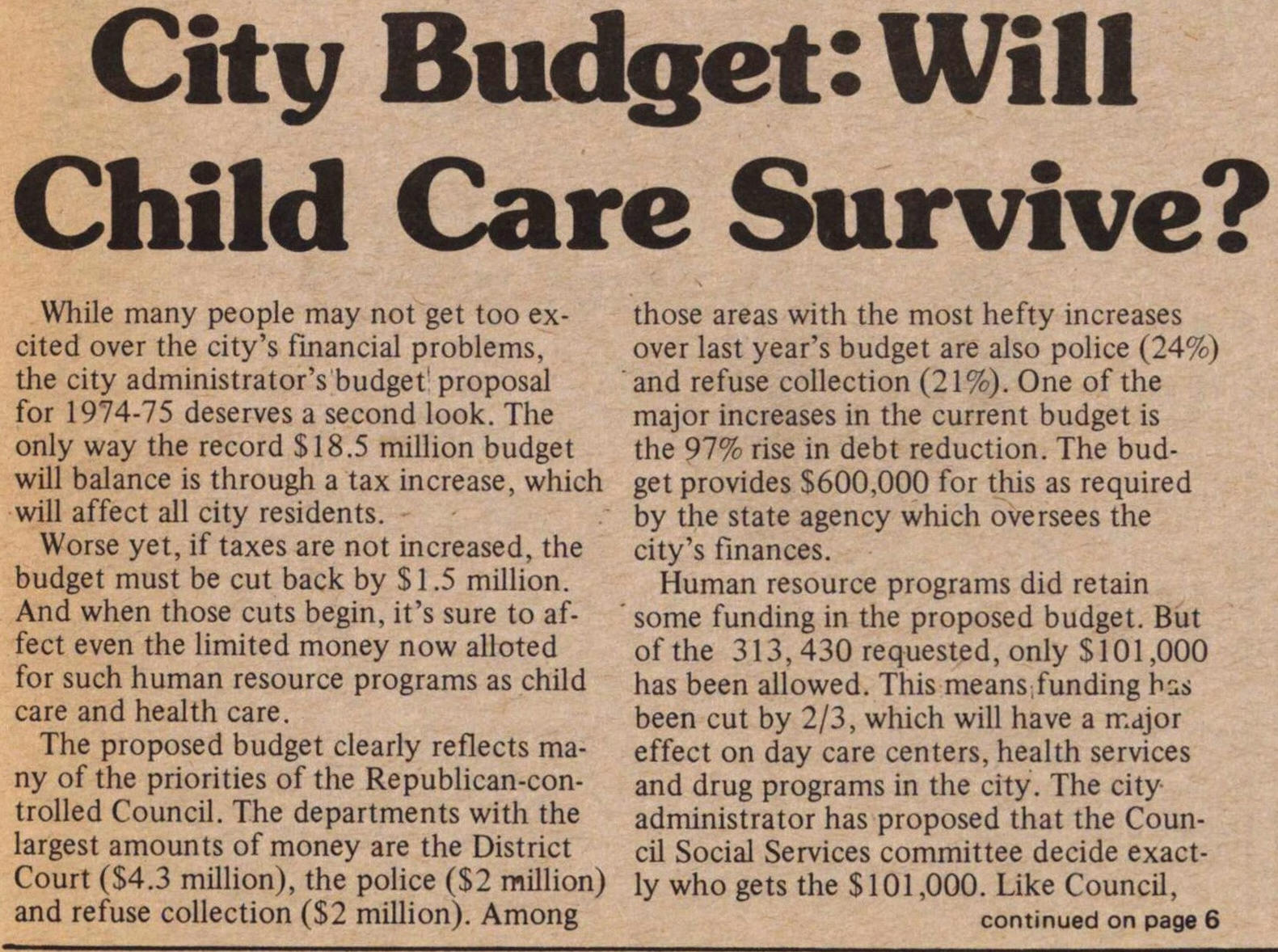 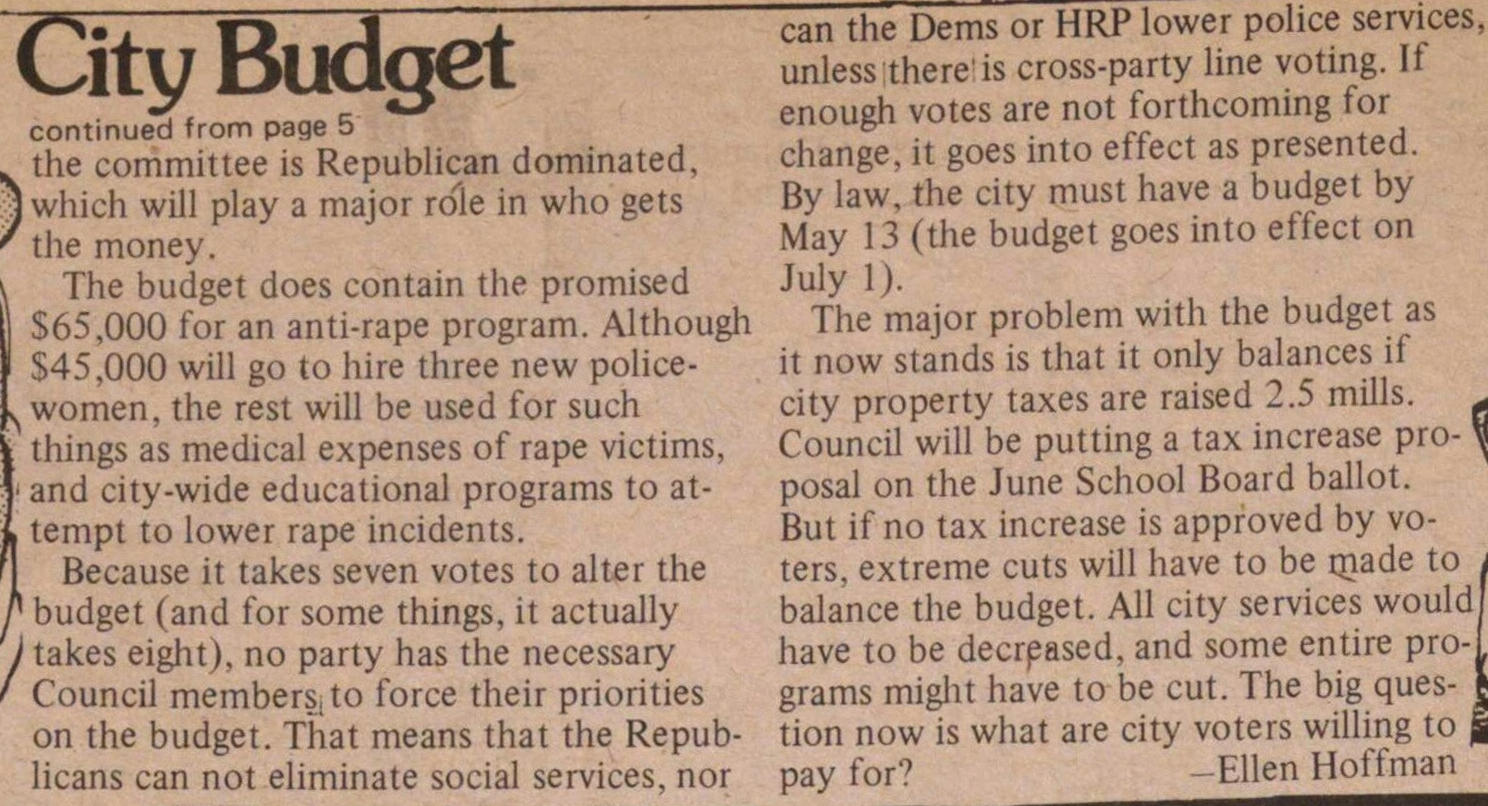 While many people may not get too excited over the city’s financial problems, the city administrator’s budget proposal for 1974-75 deserves a second look. The only way the record $18.5 million budget will balance is through a tax increase, which will affect all city residents.

Worse yet, if taxes are not increased, the budget must be cut back by $1.5 million. And when those cuts begin, it’s sure to affect even the limited money now allotted for such human resource programs as child care and health care.

The proposed budget clearly reflects many of the priorities of the Republican-controlled Council. The departments with the largest amounts of money are the District Court (S4.3 million), the police ($2 million) and refuse collection ($2 million). Among those areas with the most hefty increases over last year’s budget are also police (24%) and refuse collection (21%). One of the major increases in the current budget is the 97% rise in debt reduction. The budget provides $600,000 for this as required by the state agency which oversees the city’s finances.

Human resource programs did retain some funding in the proposed budget. But of the 313,430 requested, only $101,000 has been allowed. This means funding has been cut by 2/3, which will have a major effect on day care centers, health services and drug programs in the city. The city administrator has proposed that the Council Social Services committee decide exactly who gets the $101,000. Like Council, the committee is Republican dominated, which will play a major role in who gets the money.

The budget does contain the promised $65,000 for an anti-rape program. Although $45,000 will go to hire three new policewomen, the rest will be used for such things as medical expenses of rape victims, and city-wide educational programs to attempt to lower rape incidents.

Because it takes seven votes to alter the budget (and for some things, it actually takes eight), no party has the necessary Council members to force their priorities on the budget. That means that the Republicans cannot eliminate social services, nor can the Dems or HRP lower police services, unless there is cross-party line voting. If enough votes are not forthcoming for change, it goes into effect as presented. By law, the city must have a budget by May 13 (the budget goes into effect on July 1).

The major problem with the budget as it now stands is that it only balances if city property taxes are raised 2.5 mills. Council will be putting a tax increase proposal on the June School Board ballot. But if no tax increase is approved by voters, extreme cuts will have to be made to balance the budget. All city services would have to be decreased, and some entire programs might have to be cut. The big question now is what are city voters willing to pay for?