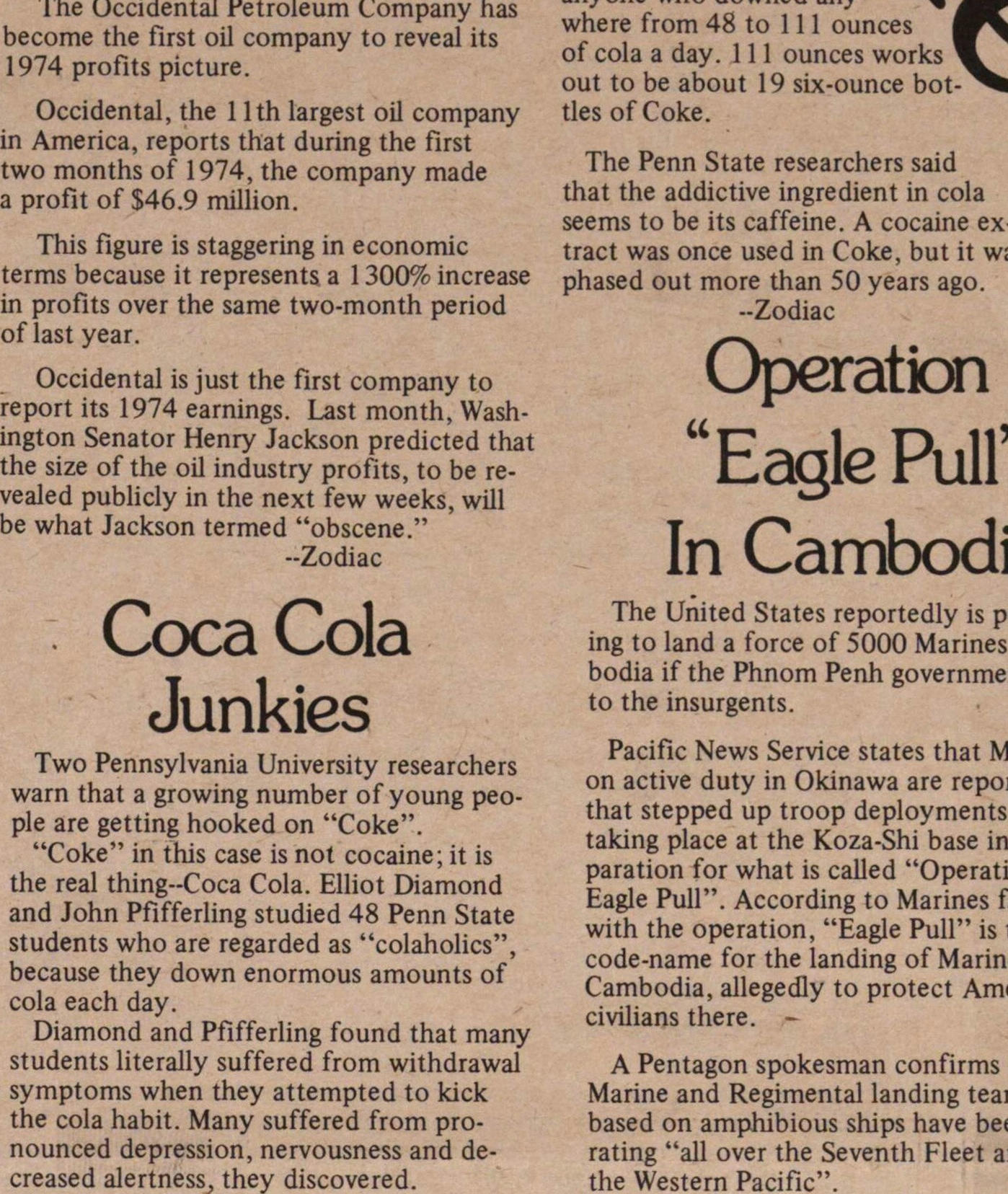 Two Pennsylvania University researchers warn that a growing number of young people are getting hooked on "Coke".

"Coke" in this case is not cocaine; it is the real thing--Coca Cola. Elliot Diamond and John Pfifferling studied 48 Penn State students who are regarded as "colaholics", because they down enormous amounts of cola each day.

Diamond and Pfifferling found that many students literally suffered from withdrawal symptoms when they attempted to kick the cola habit. Many suffered from pronounced depression, nervousness and decreased alertness, they discovered.

A "colaholic", say the researchers, was anyone who downed anywhere from 48 to 111 ounces of cola a day. 111 ounces works out to be about 19 six-ounce bottles of Coke.

The Penn State researchers said that the addictive ingredient in cola seems to be its caffeine. A cocaine extract was once used in Coke, but it was phased out more than 50 years ago.