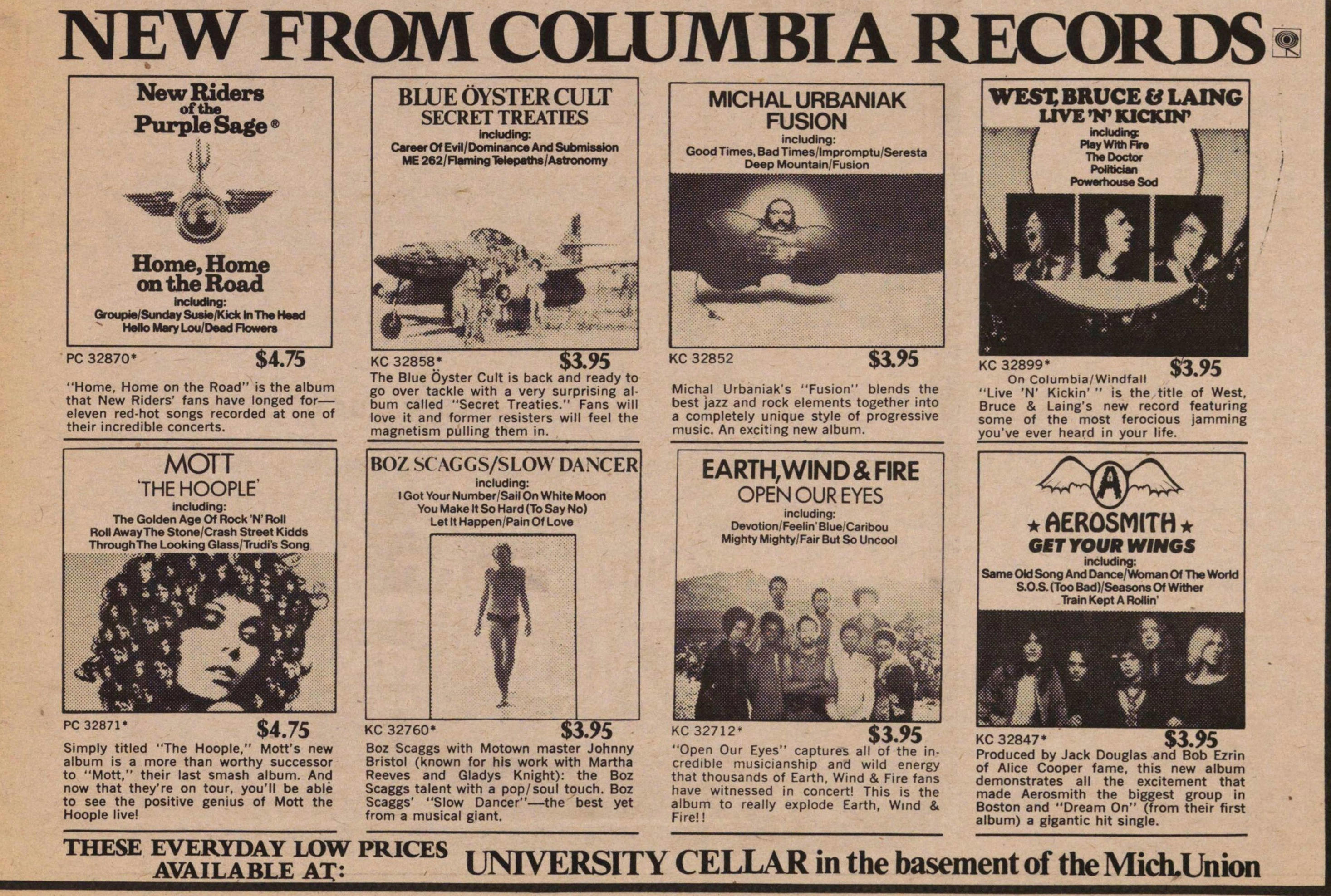 "Home, Home on the Road" is the album that New Riders' fans have longer for-- eleven red-hot songs recorded at one of the incredible concerts. $4.75

The Blue Oyster Cult is back and ready to go over tackle with a very surprising album called "Secret Treaties." Fans will love it and former resisters will feel the magnetism pulling them in. $3.95

Michal Urbaniak's "Fusion" blends the best jazz and rock elements together into a completely unique style of progressive music. An exciting new album. $3.95

"Live 'N' Kickin" is the title of West, Bruce & Laing's new record featuring some of the most ferocious hamming you've ever heard in your life. On Columbia/Windfall $3.95

Simply titled "The Hoople," Mott's new album is a more than worthy successor to "Mott,"their last smash album. And now that they're on tour you'll be able to see the positive genius of Mott the Hoople live! $4.75

Boz Scaggs with Motown master Johnny Bristol (known for his work with Martha Reeves and Gladys Knight): the Boz Scaggs talent with a pop/soul touch. Boz Scaggs' "Slow Dancer" --the best yet from a musical giant.

Produced by Jack Douglas and Bob Ezrin of Alice and Cooper fame, this new album demonstrates all the excitement that made Aerosmith the biggest group in BOst and "Dream On" (from their first album) a gigantic hit single. $3.95

THESE EVERYDAY LOW PRICES AVAILABLE AT: UNIVERSITY CELLAR in the basement of the Mich. Union