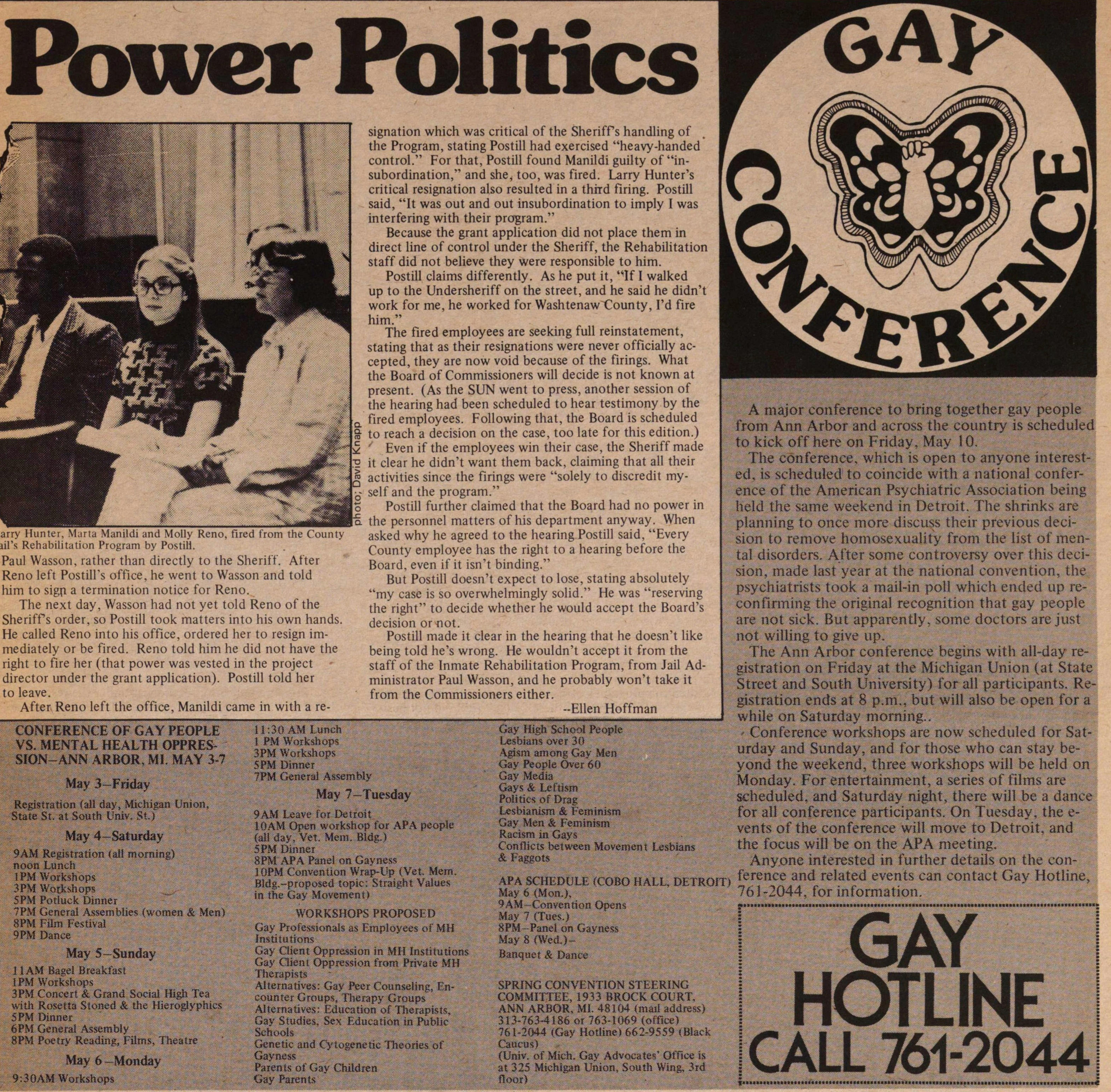 CONFERENCE OF GAY PEOPLE VS. MENTAL HEALTH OPPRESSION-ANN ARBOR,MI. MAY 3-7

9 AM Registration (all morning)

9 AM Leave for Detroit

Genetic and Cytogenetic Theories of Gayness

A major conference to bring together gay people from Ann Arbor and across the country is scheduled to kick off here on Friday, May 10.

The conference, which is open to anyone interested, is scheduled to coincide with a national conference of the American Psychiatric Association being held the same weekend in Detroit. The shrinks are planning to once more discuss their previous decision to remove homosexuality from the list of mental disorders. After some controversy over this decision, made last year at the national convention, the psychiatrists took a mail-in poll which ended up reconfirming the original recognition that gay people are not sick. But apparently, some doctors are just not willing to give up.

The Ann Arbor conference begins with all-day registration on Friday at the Michigan Union (at State Street and South University) for all participants. Registration ends at 8 p.m., but will also be open for a while on Saturday morning.

Conference workshops are now scheduled for Saturday and Sunday, and for those who can stay beyond the weekend, three workshops will be held on Monday. For entertainment, a series of films are scheduled, and Saturday night, there will be a dance for all conference participants. On Tuesday, the events of the conference will move to Detroit, and the focus will be on the APA meeting.

Anyone interested in further details on the conference and related events can contact Gay Hotline, 761-2044, for information.