City Budget: Police Rake It In 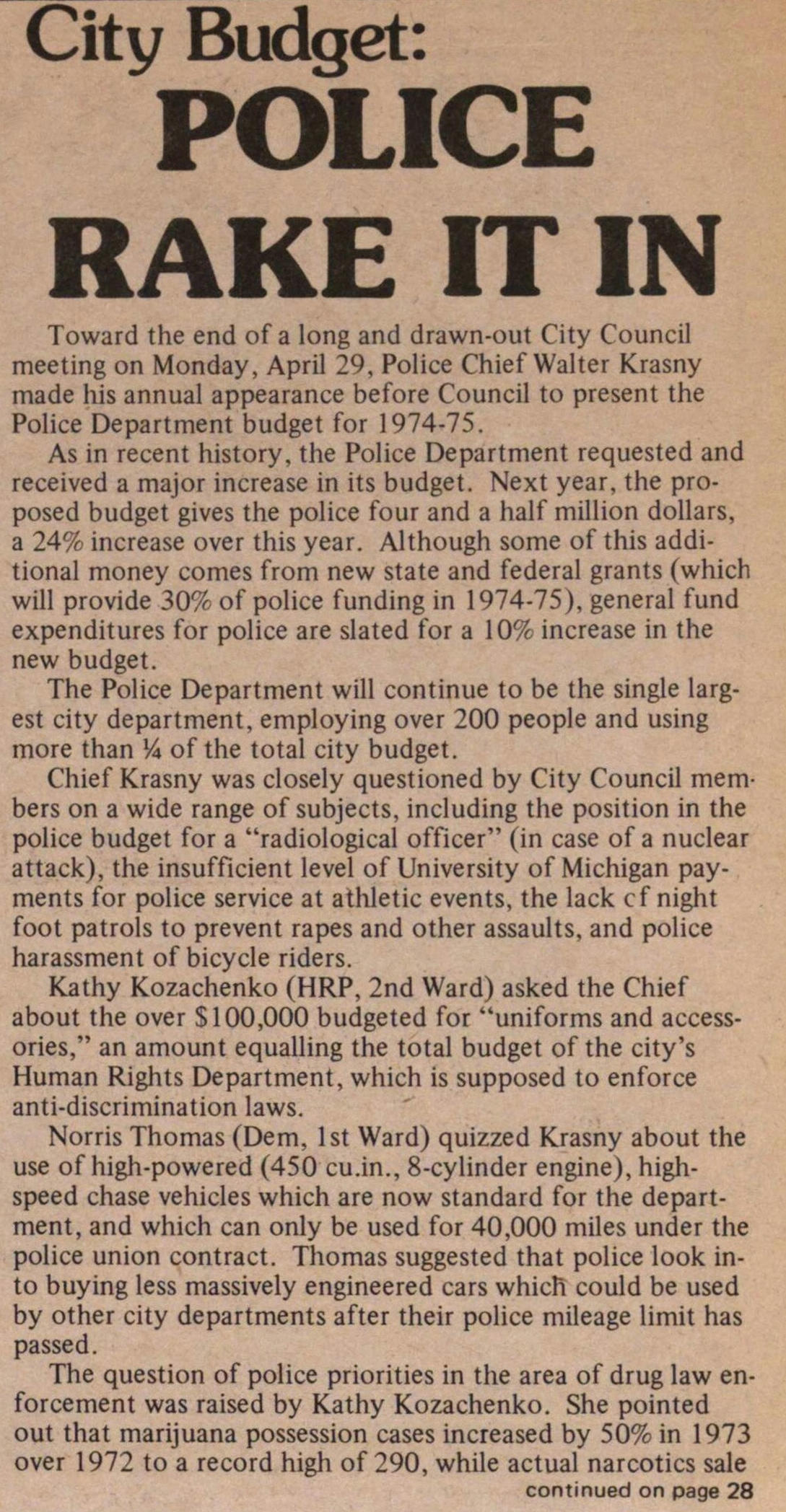 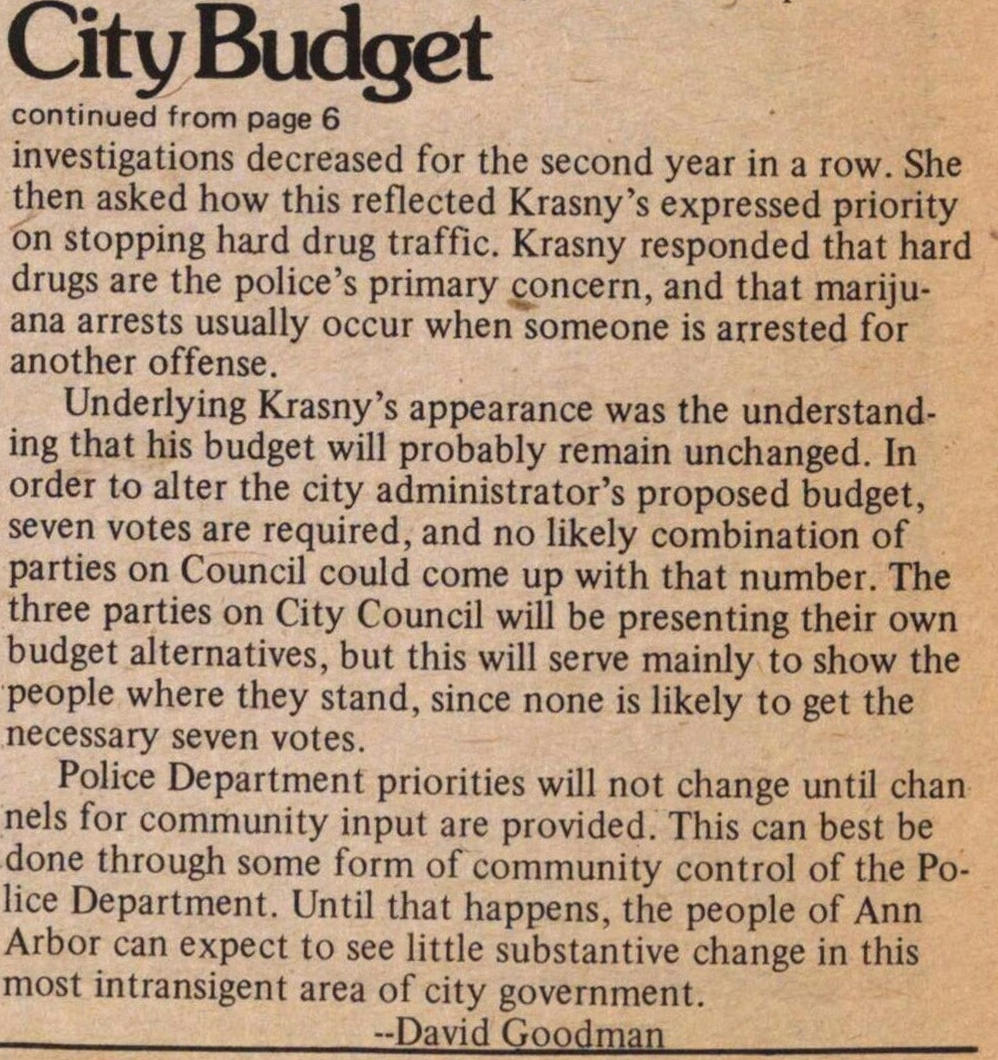 City Budget:  POLICE RAKE IT IN

Toward the end of a long and drawn-out City Council meeting on Monday, April 29, Police Chief Walter Krasny made his annual appearance before Council to present the Police Department budget for 1974-75.

As in recent history, the Police Department requested and received a major increase in its budget. Next year, the proposed budget gives the police four and a half million dollars, a 24% increase over this year. Although some of this additional money comes from new state and federal grants (which will provide 30% of police funding in 1974-75), general fund expenditures for police are slated for a 10% increase in the new budget.

The Police Department will continue to be the single largest city department, employing over 200 people and using more than 1/4 of the total city budget.

Chief Krasny was closely questioned by City Council members on a wide range of subjects, including the position in the police budget for a "radiological officer" (in case of a nuclear attack), the insufficient level of University of Michigan payments for police service at athletic events, the lack of night foot patrols to prevent rapes and other assaults, and police harassment of bicycle riders.

Kathy Kozachenko (HRP, 2nd Ward) asked the Chief about the over $100,000 budgeted for "uniforms and accessories," an amount equaling the total budget of the city's Human Rights Department, which is supposed to enforce anti-discrimination laws.

Norris Thomas (Dem, 1st Ward) quizzed Krasny about the use of high-powered (450 cu.in., 8-cylinder engine), high-speed chase vehicles which are now standard for the department, and which can only be used for 40,000 miles under the police union contract. Thomas suggested that police look into buying less massively engineered cars which could be used by other city departments after their police mileage limit has passed.

The question of police priorities in the area of drug law enforcement was raised by Kathy Kozachenko. She pointed out that marijuana possession cases increased by 50% in 1973 over 1972 to a record high of 290, while actual narcotics sale investigations decreased for the second year in a row. She then asked how this reflected Krasny's expressed priority on stopping hard drug traffic. Krasny responded that hard drugs are the police's primary concern, and that marijuana arrests usually occur when someone is arrested for another offense.

Underlying Krasny's appearance was the understanding that his budget will probably remain unchanged. In order to alter the city administrator's proposed budget, seven votes are required, and no likely combination of parties on Council could come up with that number. The three parties on City Council will be presenting their own budget alternatives, but this will serve mainly to show the people where they stand, since none is likely to get the necessary seven votes.

Police Department priorities will not change until channels for community input are provided. This can best be done through some form of community control of the Police Department. Until that happens, the people of Ann Arbor can expect to see little substantive change in this most intransigent area of city government.  -- David Goodman