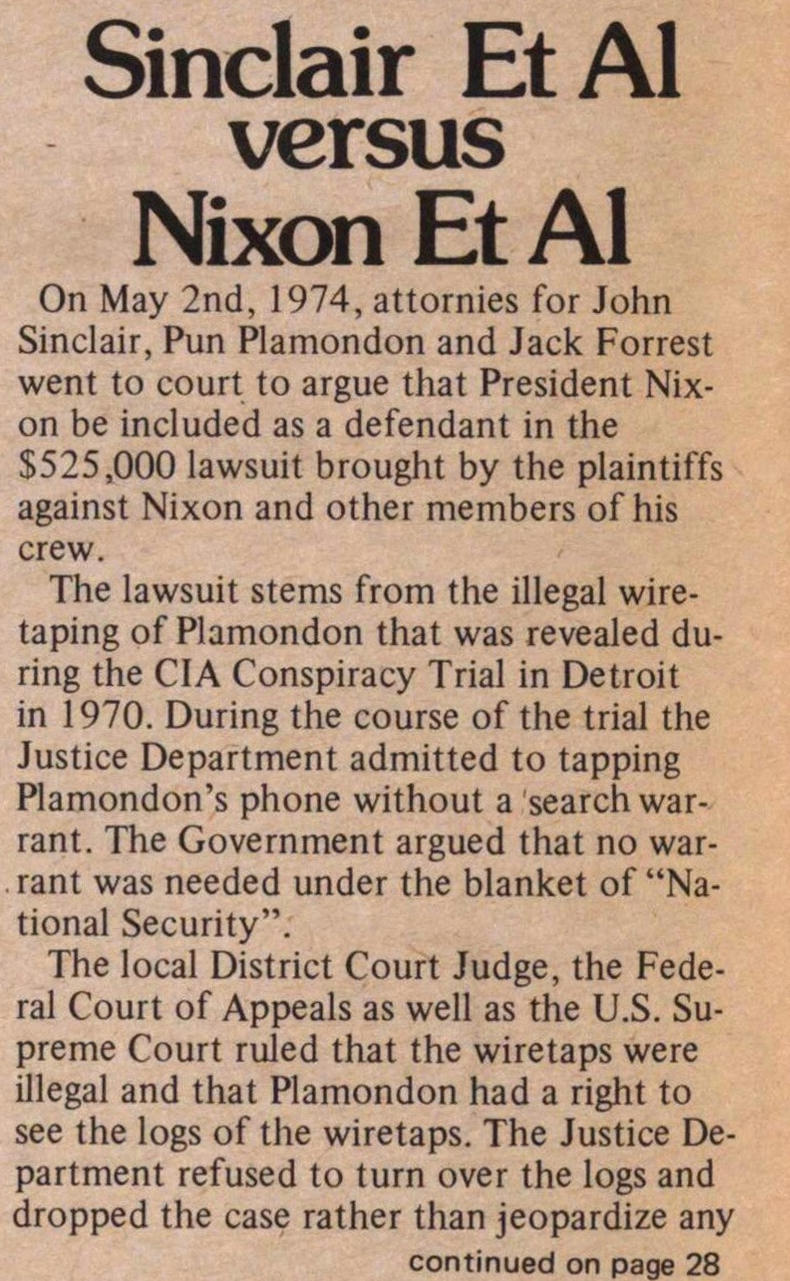 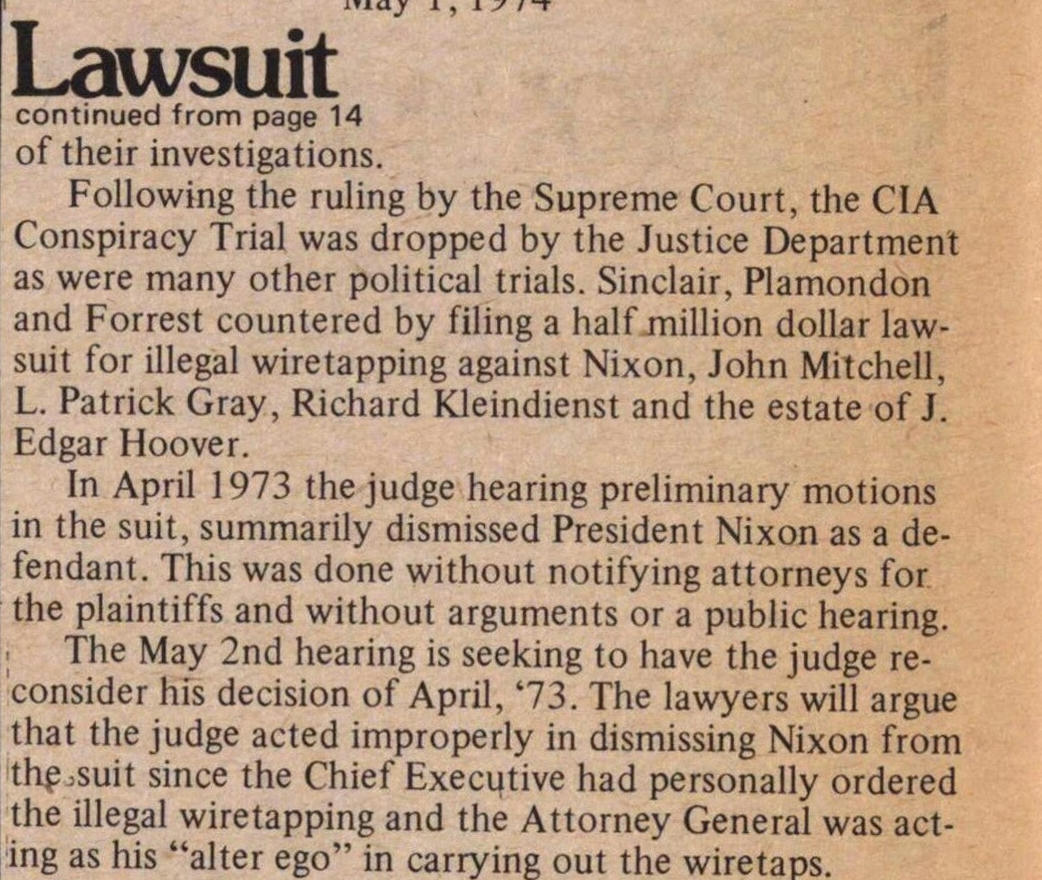 On May 2nd, 1974, attornies for John Sinclair, Pun Plamondon and Jack Forrest went to court to argue that President Nixon be included as a defendant in the $525,000 lawsuit brought by the plaintiffs against Nixon and other members of his crew.

The lawsuit stems from the illegal wiretapping of Plamondon that was revealed during the CIA Conspiracy Trial in Detroit in 1970. During the course of the trial the Justice Department admitted to tapping Plamondon's phone without a search warrant. The Government argued that no warrant was needed under he blanket of "National Security".

The local District Court Judge, the Federal Court of Appeals as well as the U.S. Supreme Court ruled that the wiretaps were illegal and that Plamondon had a right to see the logs of the wiretaps. The Justice Department refused to turn over the logs and dropped the case rather than jeopardize any

Lawsuit continued from page 14
of their investigations.

Following the ruling by the Supreme Court, the CIA Conspiracy Trial was dropped by the Justice Department as were many other political trials. Sinclair, Plamondon and Forrest countered by filing a half million dollar lawsuit for illegal wiretapping against Nixon, John Mitchell, L. Patrick Gray, Richard Kleindienst and the estate of J. Edgar Hoover.

In April 1973 the judge hearing preliminary motions in the suit, summarily dismissed President Nixon as a defendant. This was done without notifying attorneys for the plaintiffs and without arguments or a public hearing.

The May 2nd hearing is seeking to have the judge reconsider his decision of April, '73. The lawyers will argue that the judge acted improperly in dismissing Nixon from the suit since the Chief Executive had personally ordered the illegal wiretapping and the Attorney General was acting as his "alter ego" in carrying out the wiretaps.