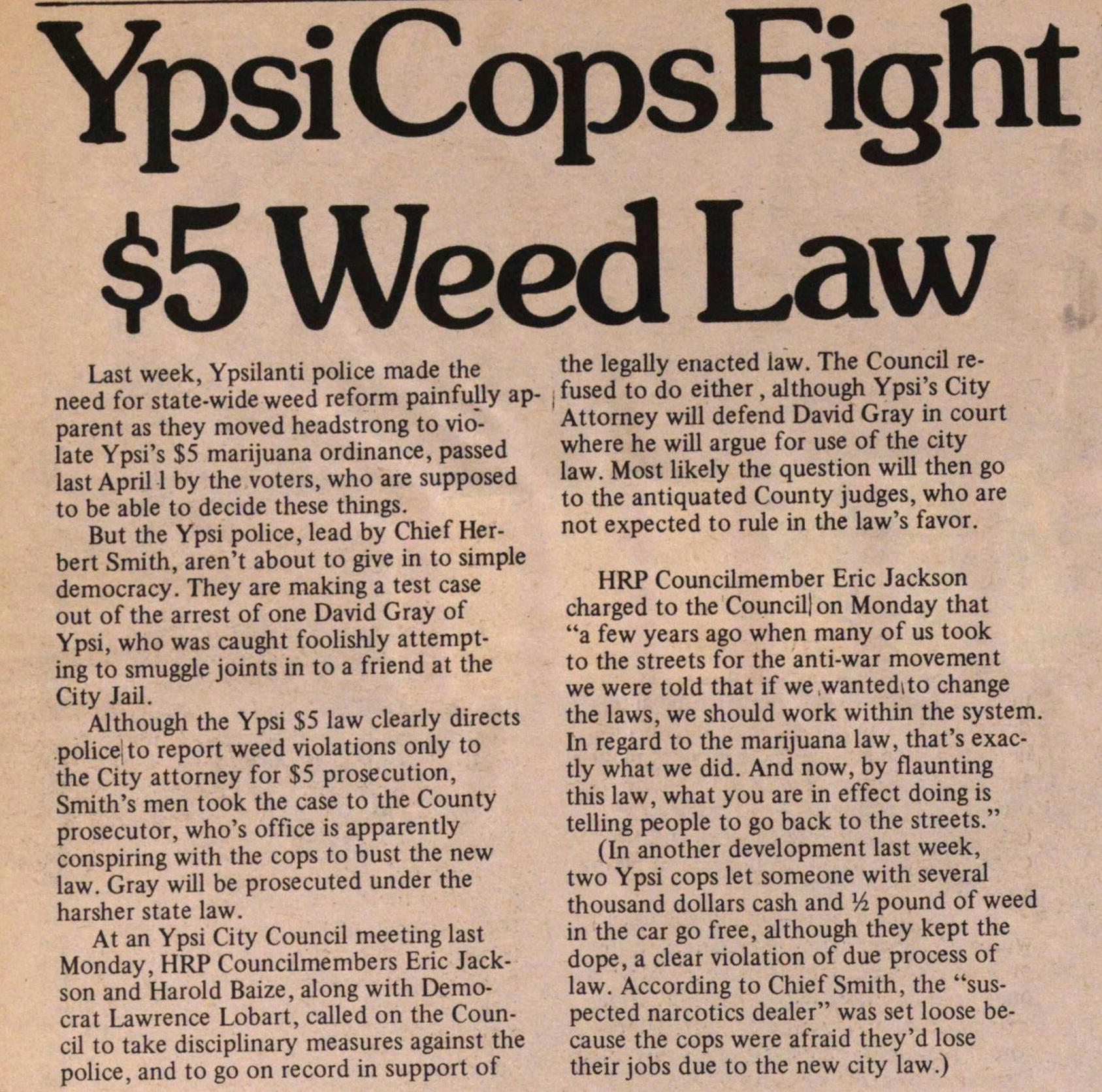 Last week, Ypsilanti police made the need for state-wide weed reform painfully apparent as they moved headstrong to violate Ypsi's $5 marijuana ordinance, passed last April 1 by the voters, who are supposed to be able to decide these things.

But the Ypsi police, lead by Chief Herbert Smith, aren't about to give in to simple democracy. They are making a test case out of the arrest of one David Gray of Ypsi, who was caught foolishly attempting to smuggle joints in to a friend at the City Jail.

Although the Ypsi $5 law clearly directs police to report weed violations only to the City attorney for $5 prosecution, Smith's men took the case to the County prosecutor, who's office is apparently conspiring with the cops to bust the new law. Gray will be prosecuted under the harsher state law.

At an Ypsi City Council meeting last Monday, HRP Councilmembers Eric Jackson and Harold Baize, along with Democrat Lawrence Lobart, called on the Council to take disciplinary measures against the police, and to go on record in support of the legally enacted law. The Council refused to do either, although Ypsi's City Attorney will defend David Gray in court where he will argue for use of the city Iaw. Most likely the question will then go to the antiquated County judges, who are not expected to rule in the law's favor.

HRP Councilmember Eric Jackson charged to the Council on Monday that "a few years ago when many of us took to the streets for the anti-war movement we were told that if we wanted to change the laws, we should work within the system. In regard to the marijuana law, that's exactly what we did. And now, by flaunting this law, what you are in effect doing is telling people to go back to the streets."

(In another development last week, two Ypsi cops let someone with several thousand dollars cash and xh pound of weed in the car go free, although they kept the dope, a clear violation of due process of law. According to Chief Smith, the "suspected narcotics dealer" was set loose because the cops were afraid they'd lose their jobs due to the new city law.)