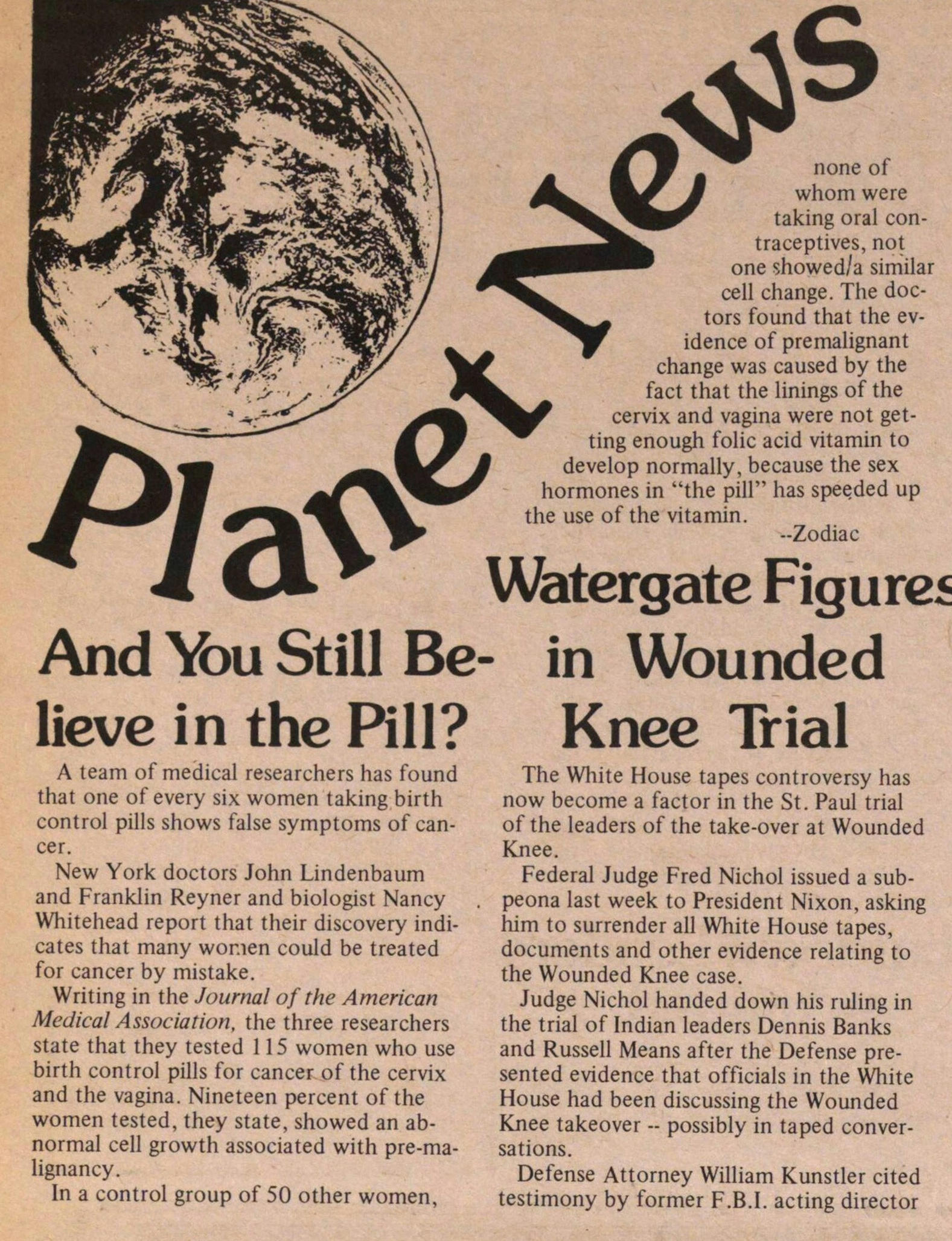 And You Still Believe in the Pill?

A team of medical researchers has found that one of every six women taking birth control pills shows false symptoms of cancer.

New York doctors John Lindenbaum and Franklin Reyner and biologist Nancy Whitehead report that their discovery indicates that many women could be treated for cancer by mistake.

Writing in the Journal of the American Medical Association, the three researchers state that they tested 115 women who use birth control pills for cancer of the cervix and the vagina. Nineteen percent of the women tested, they state, showed an abnormal cell growth associated with pre-malignancy.

In a control group of 50 other women. none of whom were taking oral contraceptives, not one showed a similar cell change. The doctors found that the evidence of premalignant change was caused by the fact that the linings of the cervix and vagina were not getting enough folic acid vitamin to develop normally, because the sex hormones in "the pill" has speeded up the use of the vitamin.