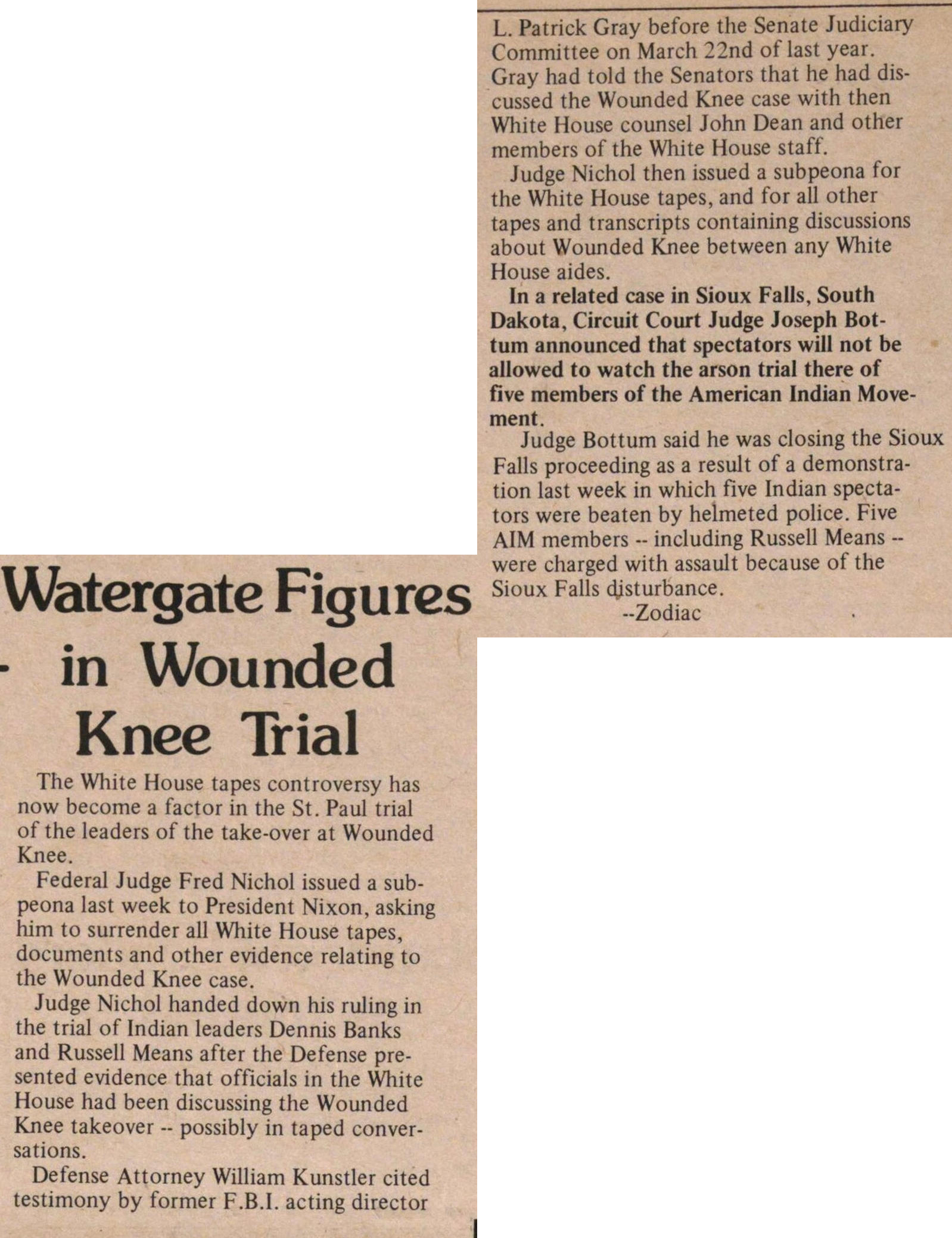 The White House tapes controversy has now become a factor in the St. Paul trial of the leaders of the take-over at Wounded Knee.

Federal Judge Fred Nichol issued a subpeona last week to President Nixon, asking him to surrender all White House tapes, documents and other evidence relating to the Wounded Knee case.

Judge Nichol handed down his ruling in the trial of Indian leaders Dennis Banks and Russell Means after the Defense presented evidence that officials in the White House had been discussing the Wounded Knee takeover - possibly in taped conversations.

Defense Attorney William Kunstler cited testimony by former F.B.I. acting director L. Patrick Gray before the Senate Judiciary Committee on March 22nd of last year. Gray had told the Senators that he had discussed the Wounded Knee case with then White House counsel John Dean and other members of the White House staff.

Judge Nichol then issued a subpeona for the White House tapes, and for all other tapes and transcripts containing discussions about Wounded Knee between any White House aides.

In a related case in Sioux Falls, South Dakota, Circuit Court Judge Joseph Bottum announced that spectators will not be allowed to watch the arson trial there of five members of the American Indian Movement.

Judge Bottum said he was closing the Sioux Falls proceeding as a result of a demonstration last week in which five Indian spectators were beaten by helmeted pólice. Five AIM members -- including Russell Means - were charged with assault because of the Sioux Falls djsturbance.