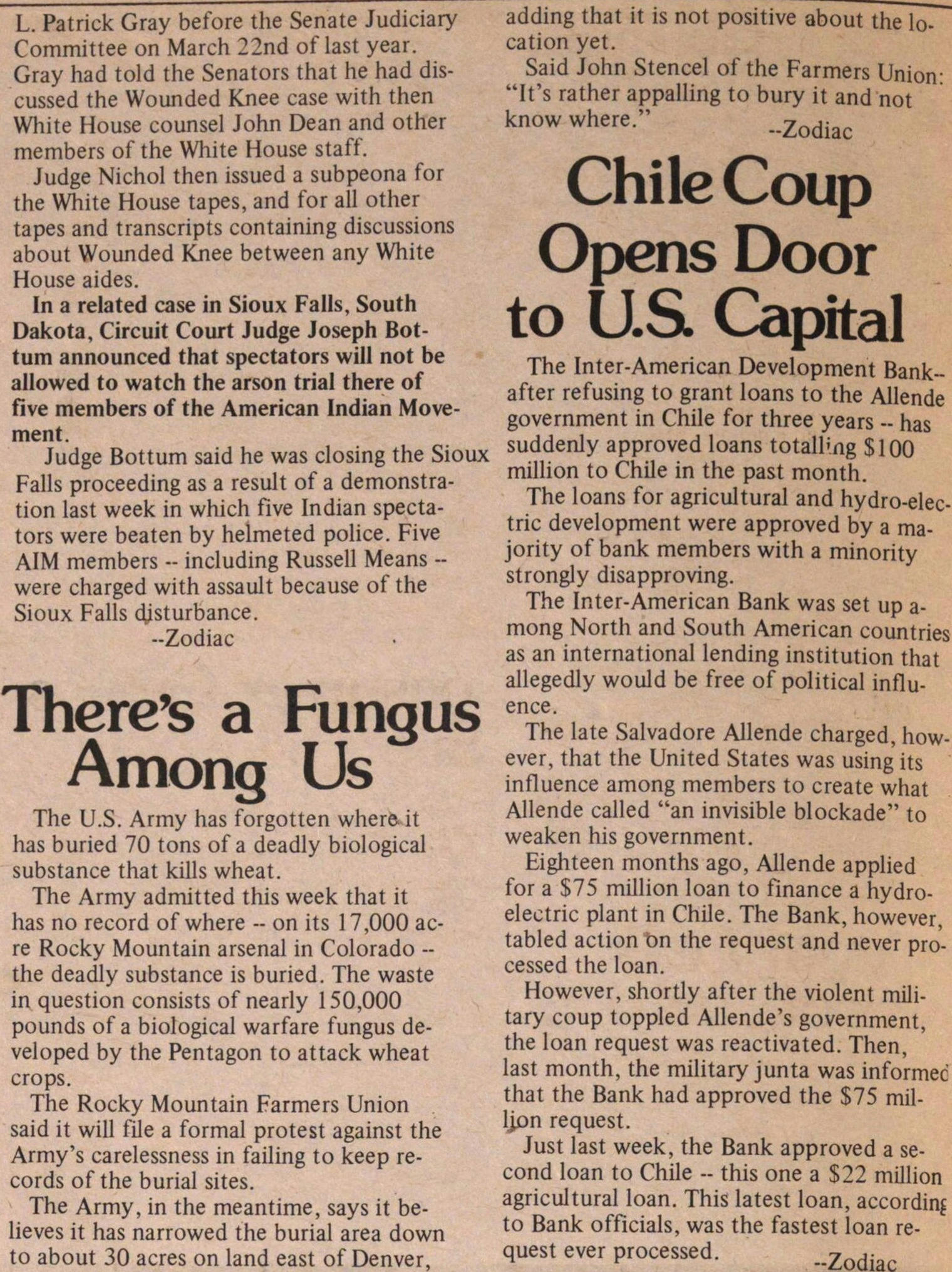 The U.S. Army has forgotten where it has buried 70 tons of a deadly biological substance that kills wheat.

The Army admitted this week that it has no record of where - on its 17,000 acre Rocky Mountain arsenal in Colorado - the deadly substance is buried. The waste in question consists of nearly 150,000 pounds of a biological warfare fungus developed by the Pentagon to attack wheat crops.

The Rocky Mountain Farmers Union said it will file a formal protest against the Army's carelessness in failing to keep records of the burial sites.

The Army, in the meantime, says it believes it has narrowed the burial area down to about 30 acres on land east of Denver, adding that it is not positive about the location yet.

Said John Stencel of the Farmers Union: "It's rather appalling to bury it and not know where."