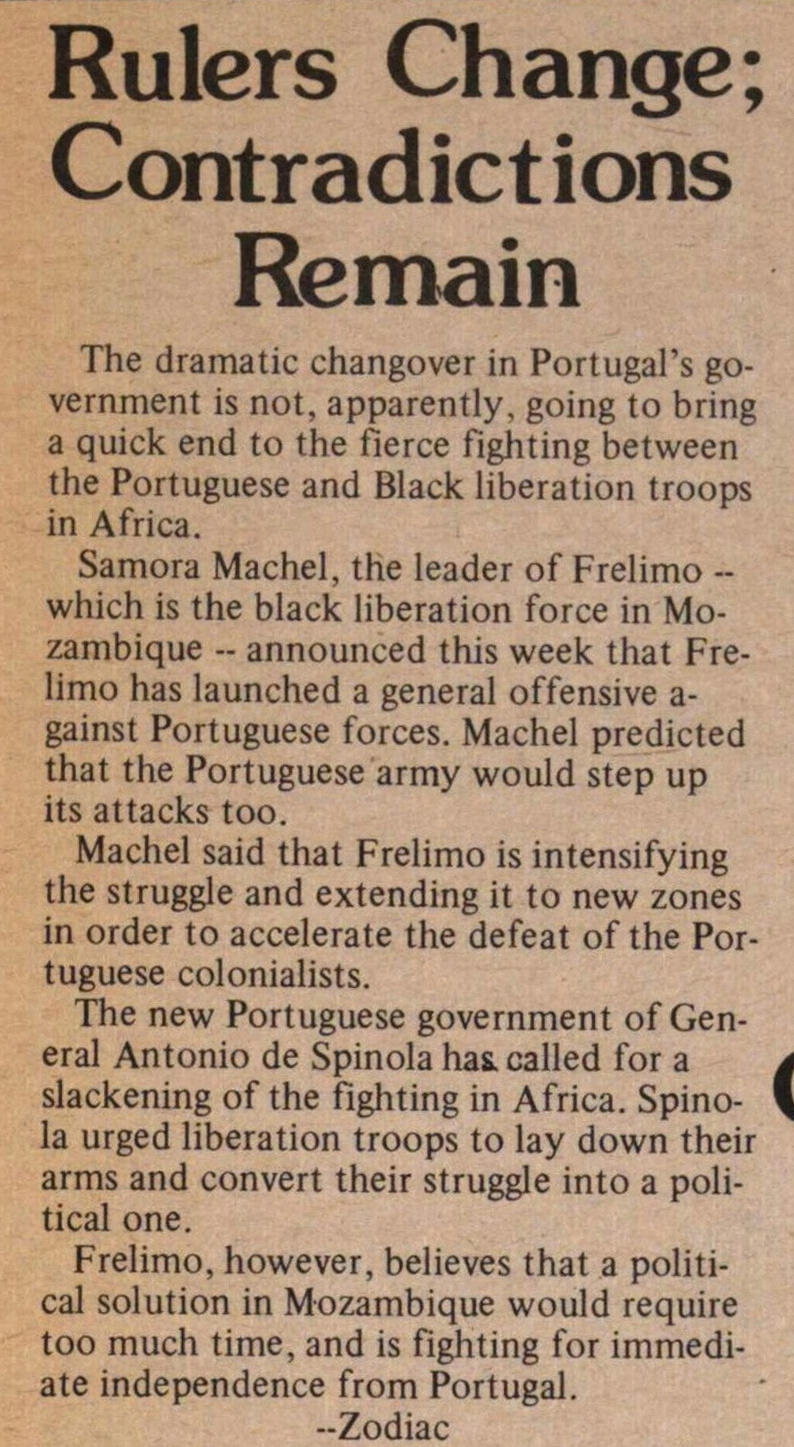 Rulers Change; Contradictions Remain
The dramatic changover in Portugal's government is not, apparently, going to bring a quick end to the fierce fighting between the Portuguese and Black liberation troops in Africa.
Samora Machel, the leader of Frelimo - which is the black liberation force in Mozambique -- announced this week that Frelimo has launched a general offensive against Portuguese forces. Machel predicted that the Portuguese army would step up its attacks too.
Machel said that Frelimo is intensifying the struggle and extending it to new zones in order to accelerate the defeat of the Portuguese colonialists.
The new Portuguese government of General Antonio de Spinola has called for a slackening of the fighting in Africa. Spinola urged liberation troops to lay down their arms and convert their struggle into a political one.
Frelimo, however, believes that a political solution in Mozambique would require too much time, and is fighting for immediate independence from Portugal.
--Zodiac