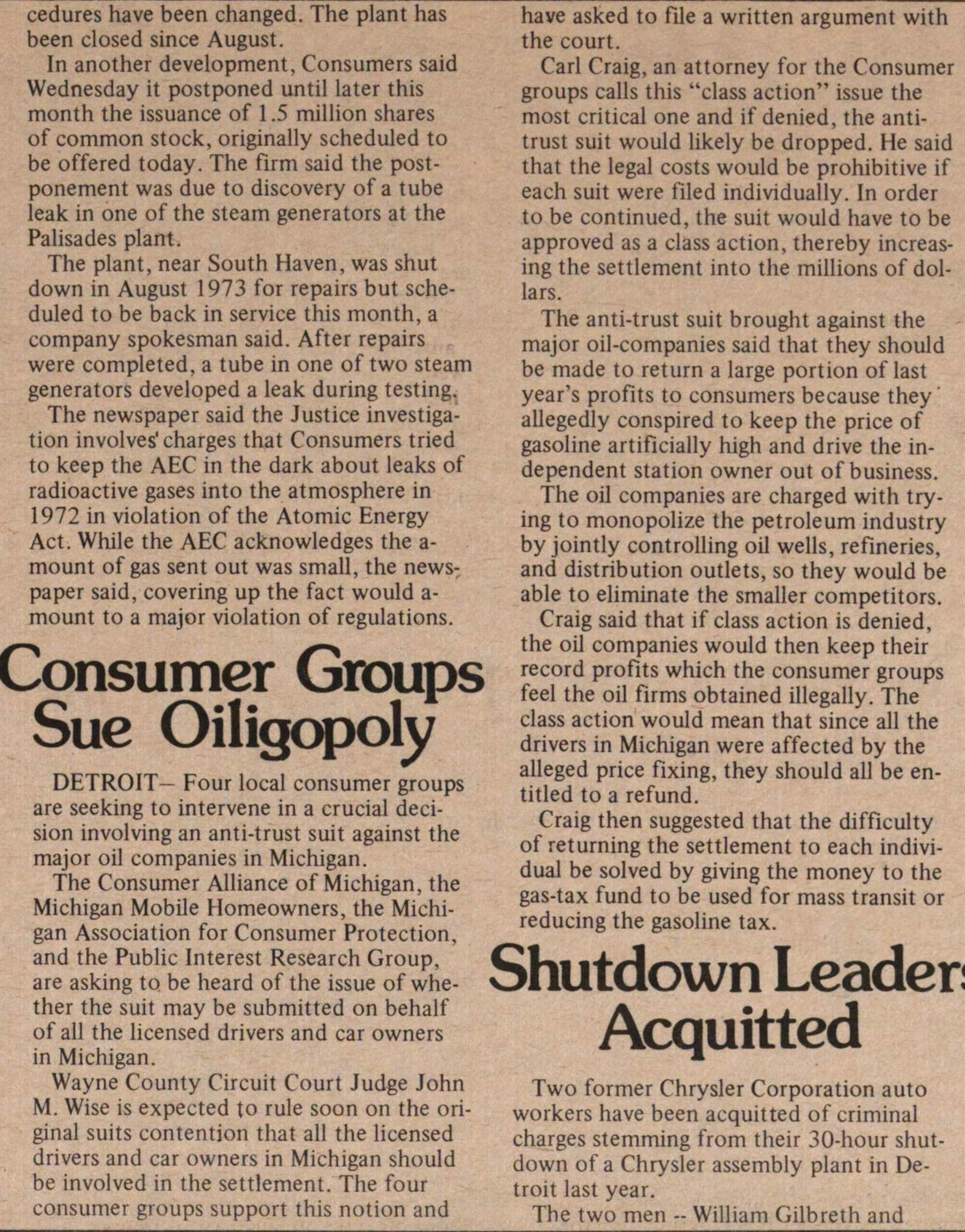 Consumer Groups Sue Oilogopoly
DETROIT- Four local consumer groups are seeking to intervene in a crucial decision involving an anti-trust suit against the major oil companies in Michigan.
The Consumer Alliance of Michigan, the Michigan Mobile Homeowners, the Michigan Association for Consumer Protection, and the Public Interest Research Group, are asking to be heard of the issue of whether the suit may be submitted on behalf of all the licensed drivers and car owners in Michigan.
Wayne County Circuit Court Judge John M. Wise is expected to rule soon on the original suits contention that all the licensed drivers and car owners in Michigan should be involved in the settlement. The four consumer groups support this notion and have asked to file a written argument with the court.
Carl Craig, an attorney for the Consumer groups calls this "class action" issue the most critical one and if denied, the anti-trust suit would likely be dropped. He said that the legal costs would be prohibitive if each suit were filed individually. In order to be continued, the suit would have to be approved as a class action, thereby increasing the settlement into the millions of dollars.
The anti-trust suit brought against the major oil-companies said that they should be made to return a large portion of last year's profits to consumers because they' allegedly conspired to keep the price of gasoline artificially high and drive the independent station owner out of business.
The oil companies are charged with trying to monopolize the petroleum industry by jointly controlling oil wells, refineries, and distribution outlets, so they would be able to eliminate the smaller competitors.
Craig said that if class action is denied, the oil companies would then keep their record profits which the consumer groups feel the oil firms obtained illegally. The class action would mean that since all the drivers in Michigan were affected by the alleged price fixing, they should all be entitled to a refund.
Craig then suggested that the difficulty of returning the settlement to each individual be solved by giving the money to the gas-tax fund to be used for mass transit or reducing the gasoline tax.