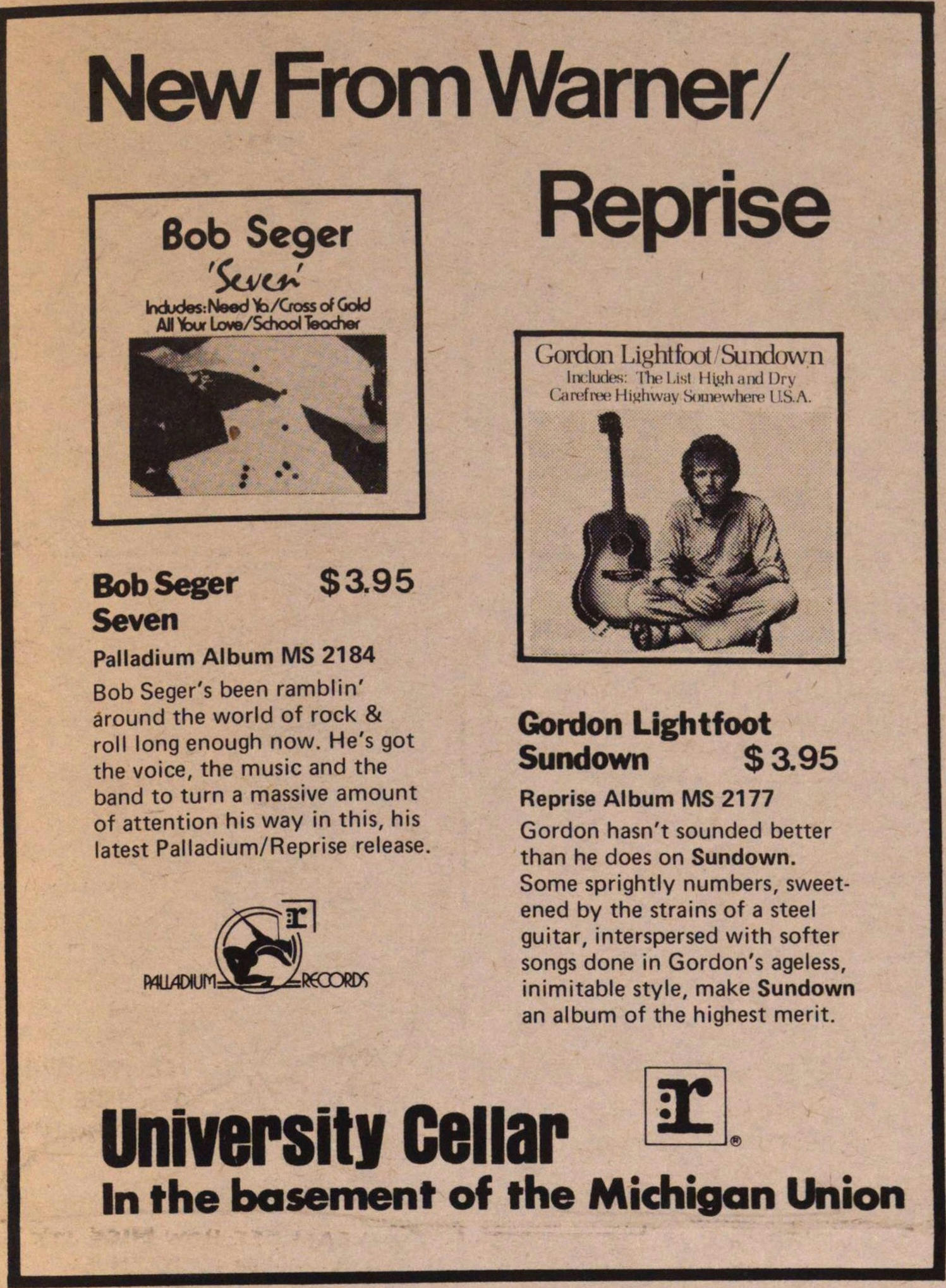 Bob Seger's been ramblin' around the world of rock & roll long enough now. He's got the voice, the music and the band to turn a massive amount of attention his way in this his latest Palladium/Reprise release.

Gordon hasn't sounded better than he does on Sundown. Some sprightly numbers, sweetened by the strains of a steel guitar, interspersed with softer songs done in Gordon's ageless, inimitable style, make Sundown an album of the highest merit.

In the basement of the Michigan Union