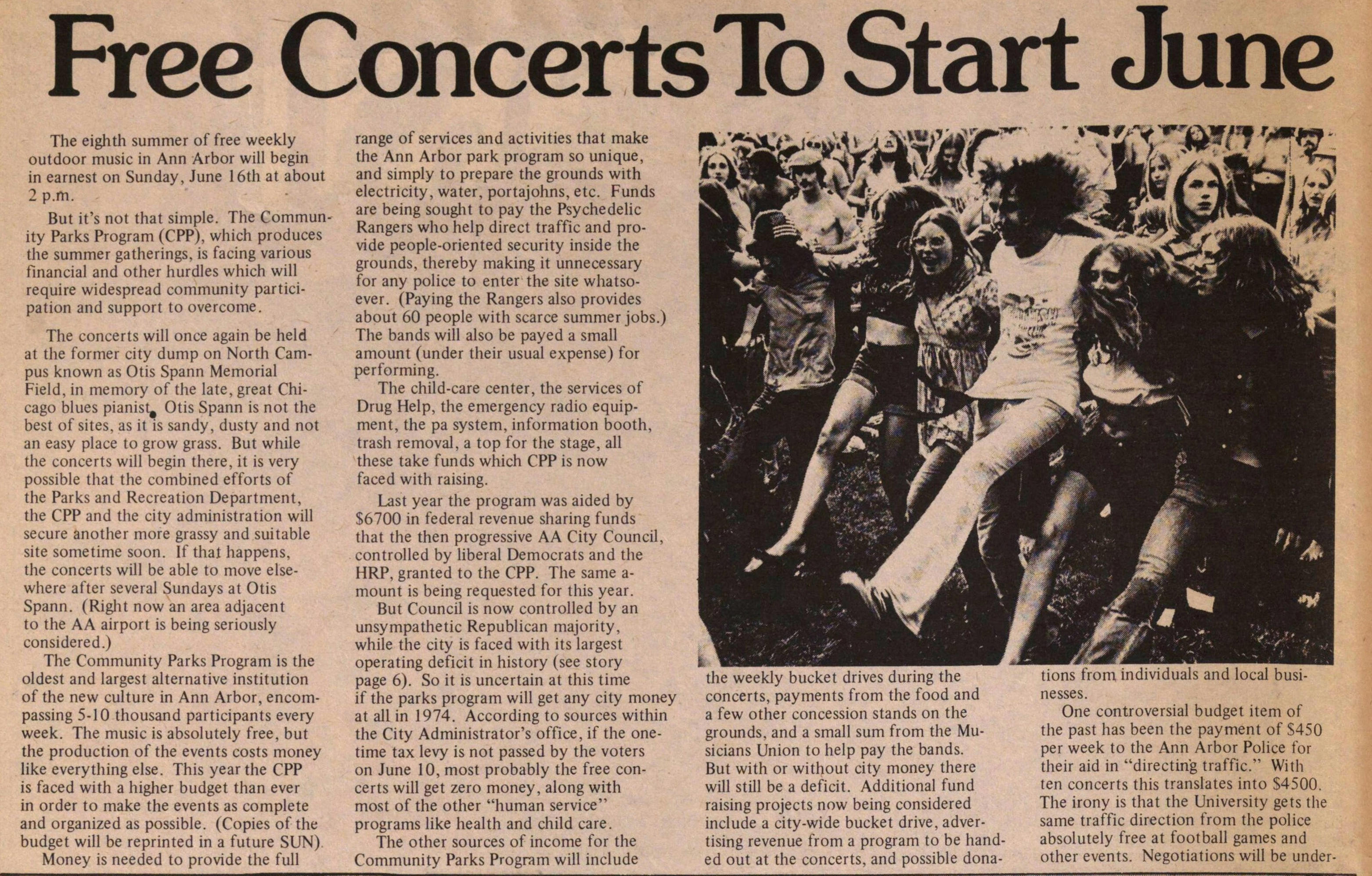 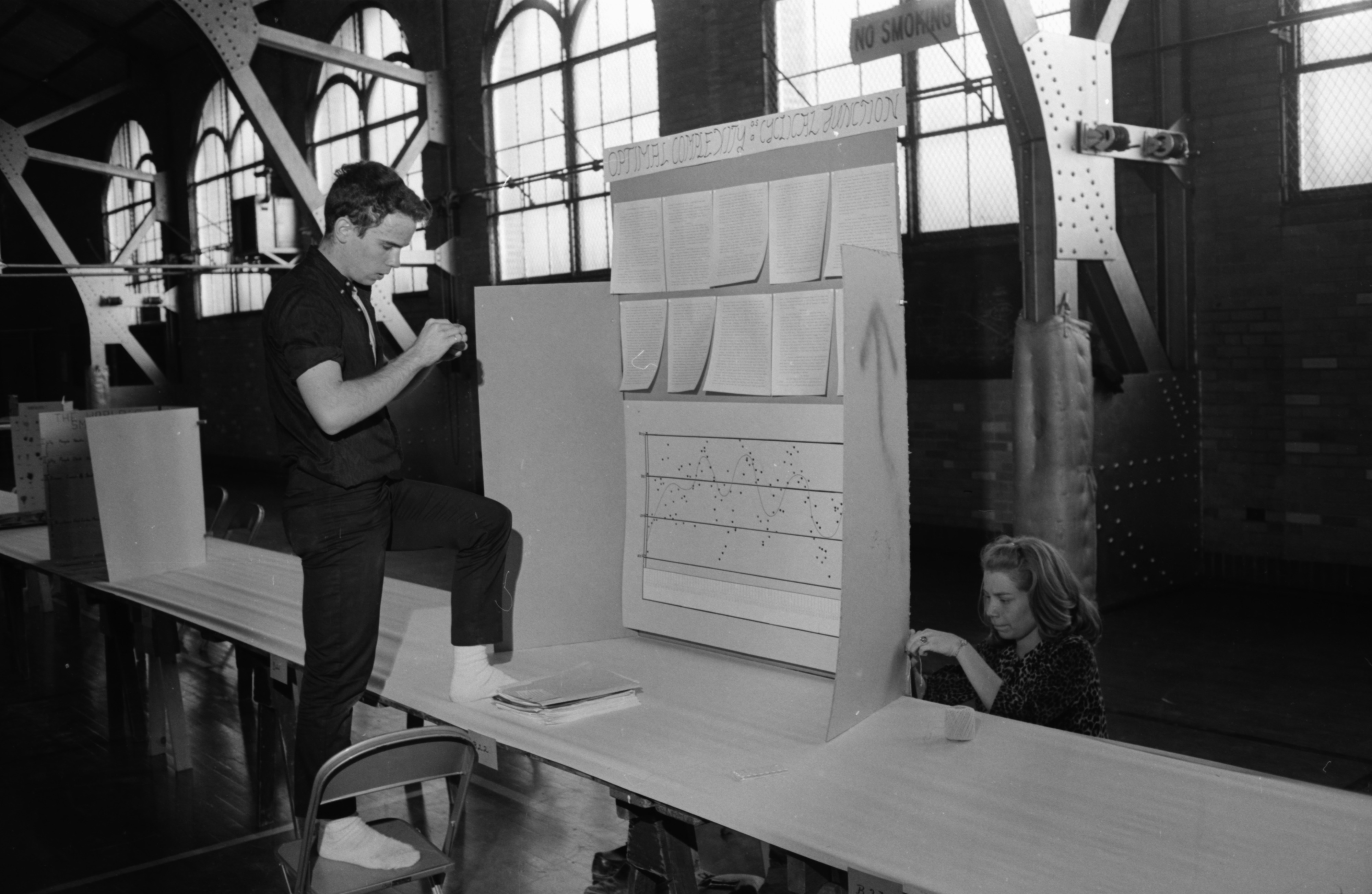 The eighth summer of free weekly outdoor music in Ann Arbor will begin in earnest on Sunday, June 16th at about 2 p.m.

But it's not that simple. The Community Parks Program (CPP), which produces the summer gatherings is facing various financial and other hurdles which will require widespread community participation and support to overcome.

The concerts will once again be held at the former city dump on North Campus known as Otis Spann Memorial Field, in memory of the late, great Chicago blues pianist, Otis Spann is not the best of sites, as it is sandy , dusty and not an easy place to grow grass. But while the concerts will begin there, it is very possible that the combined efforts of the Parks and Recreation Department, the CPP and the city administration will secure another more grassy and suitable site sometime soon. If that happens, the concerts will be able to move elsewhere after several Sundays at Otis Spann. (Right now an area adjacent to the AA airport is being seriously considered.)

The Community Parks Program is the oldest and largest alternative institution of the new culture in Ann Arbor, encompassing 5-10 thousand participants every week. The music is absolutely free, but the production of the events costs money like everything else. This year the CPP is faced with a higher budget than ever in order to make the events as complete and organized as possible. (Copies of the budget will be reprinted in a future SUN).

Money is needed to provide the full range of services and activities that make the Ann Arbor park program so unique, and simply to prepare the grounds with electricity, water, portajohns, etc. Funds are being sought to pay the Psychedelic Rangers who help direct traffic and provide people-oriented security inside the grounds, thereby making it unnecessary for any police to enter the site whatsoever. (Paying the Rangers also provides about 60 people with scarce summer jobs.) The bands will also be payed a small amount (under their usual expense) for performing.

The child-care center, the services of Drug Help, the emergency radio equipment, the pa system, information booth, trash removal, a top for the stage, all these take funds which CPP is now faced with raising.

Last year the program was aided by $6700 in federal revenue sharing funds that the then progressive AA City Council, controlled by liberal Democrats and the HRP, granted to the CPP. The same amount is being requested for this year.

But Council is now controlled by an unsympathetic Republican majority, while the city is faced with its largest operating deficit in history (see story page 6). So it is uncertain at this time if the parks program will get any city money at all in 1974. According to sources within the City Administrator's office, if the onetime tax levy is not passed by the voters on June 10, most probably the free concerts will get zero money, along with most of the other "human service" programs like health and child care.

The other sources of income for the Community Parks Program will include the weekly bucket drives during the concerts, payments from the food and a few other concession stands on the grounds, and a small sum from the Musicians Union to help pay the bands. But with or without city money there will still be a deficit. Additional fund raising projects now being considered include a city-wide bucket drive, advertising revenue from a program to be handed out at the concerts, and possible donations from individuals and local businesses.

One controversial budget item of the past has been the payment of $450 per week to the Ann Arbor Police for their aid in "directing traffic." With ten concerts this translates into $4500. The irony is that the University gets the same traffic direction from the police absolutely free at football games and other events. Negotiations will be undertaken to convince the city to drop this discriminatory expense, hopefully with the support of some city council members. Besides financial aid, the parks program needs workers. A major cleanup and preparation of the grounds will begin in the early afternoon on Sunday, June 9, which people are invited to work on. The CPP holds open meetings, usually on Thursdays, where committees will be forming to administrate the various needs of this endeavor. For the date and time of the meeting call the SUN at 761-7148. Bands interested in offering their services can leave their name and number with Suzanne at the Rainbow Multi-Media office, 769-5850. (Th year the CPP hopes to expand the range of music offered to include more blues, jazz and folk). Historically the city has shifted and shafted the free concerts from site to site, apparently wishing they would eventually disappear. But hopefully someday soon the Community Parks Program will be treated by the city with the full respect it deserves. There is a possibility that the program will eventually be included as a regular part of the Parks and Recreation Department, which would remove the concerts from the realm of City Council politics and insure their survival and growth. But for now, with hundreds of thousands of dollars going towards a new golf course and swimming pool, certainly the city can find some funding to help an institution that serves far more people than any other "recreational" program in Ann Arbor.