U Of M Grabs Group 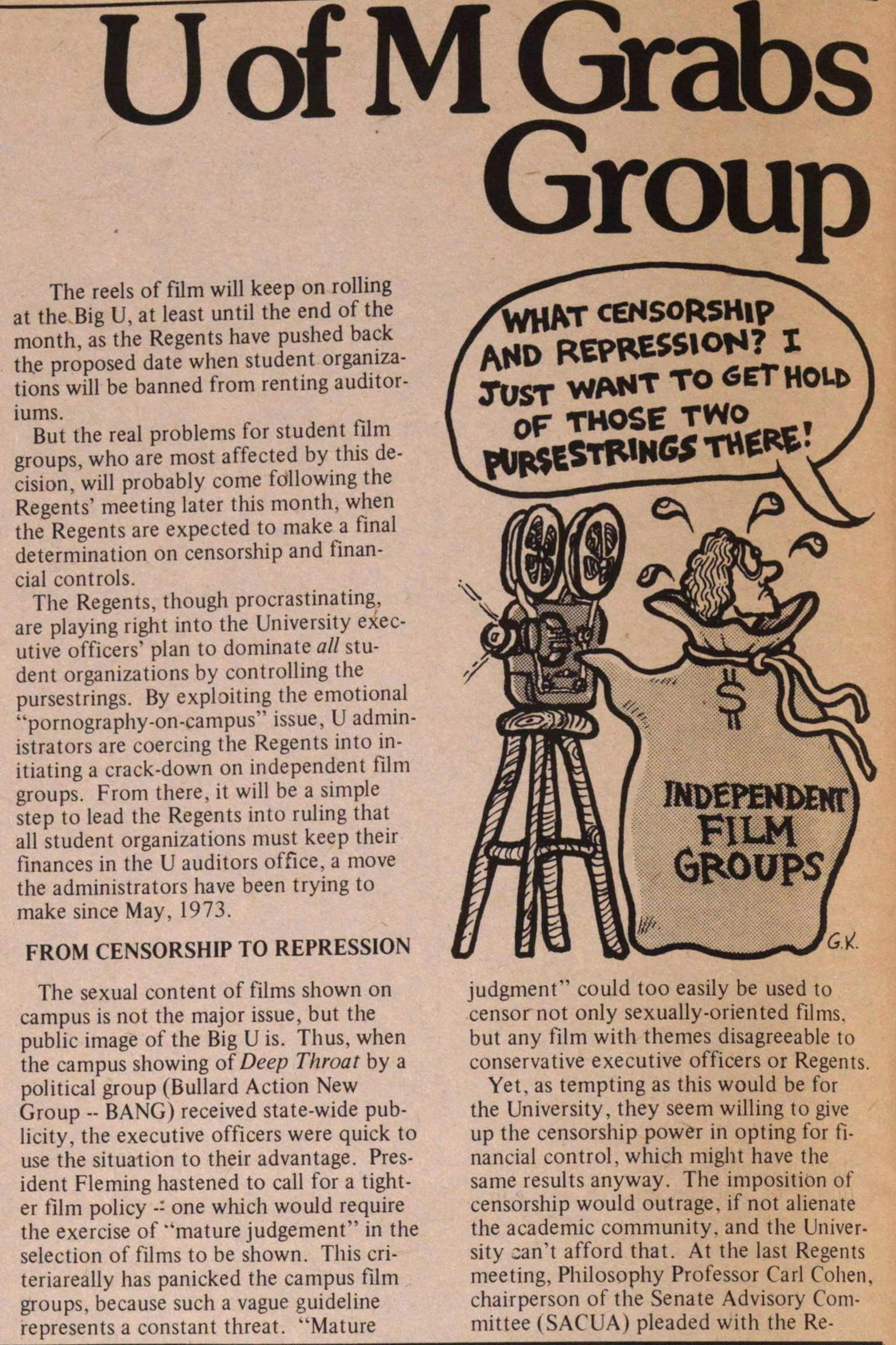 The reels of film will keep on rolling at the Big U, at least until the end of the month, as the Regents have pushed back the proposed date when student organizations will be banned from renting auditoriums.

But the real problems for student film groups, who are most affected by this decision, will probably come following the Regent's meeting later this month, when the Regents are expected to make a final determination on censorship and financial controls.

The Regents, though procrastinating, are playing right into the University executive officers' plan to dominate all student organizations by controlling the purse strings. By exploiting the emotional "pornography-on-campus" issue, U administrators are coercing the Regents into initiating a crack-down on independent film groups. From there, it will be a simple step to lead the Regents into ruling that all student organizations must keep their finances in the U auditors office, a move the administrators have been trying to make since May, 1973.

FROM CENSORSHIP TO REPRESSION

The sexual content of films shown on campus is not the major issue, but the public image of the Big U is. Thus, when the campus showing of Deep Throat by a political group (Bullard Action New Group -- BANG) received state-wide publicity, the executive officers were quick to use the situation to their advantage. President Fleming hastened to call for a tighter film policy -- one which would require the exercise of "mature judgement" in the selection of films to be shown. This criteria really has panicked the campus film groups, because such a vague guideline represents a constant threat. "Mature judgement" could too easily be used to censor not only sexually-oriented films, but any film with themes disagreeable to conservative executive officers or Regents.

Yet, as tempting as this would be for the University, they seem willing to give up the censorship power in opting for financial control, which might have the same results anyway. The imposition of censorship would outrage, if not alienate the academic community, and the University can't afford that. At the last Regents meeting, Philosophy Professor Carl Cohen, chairperson of the Senate Advisory Committee (SACUA) pleaded with the Re-