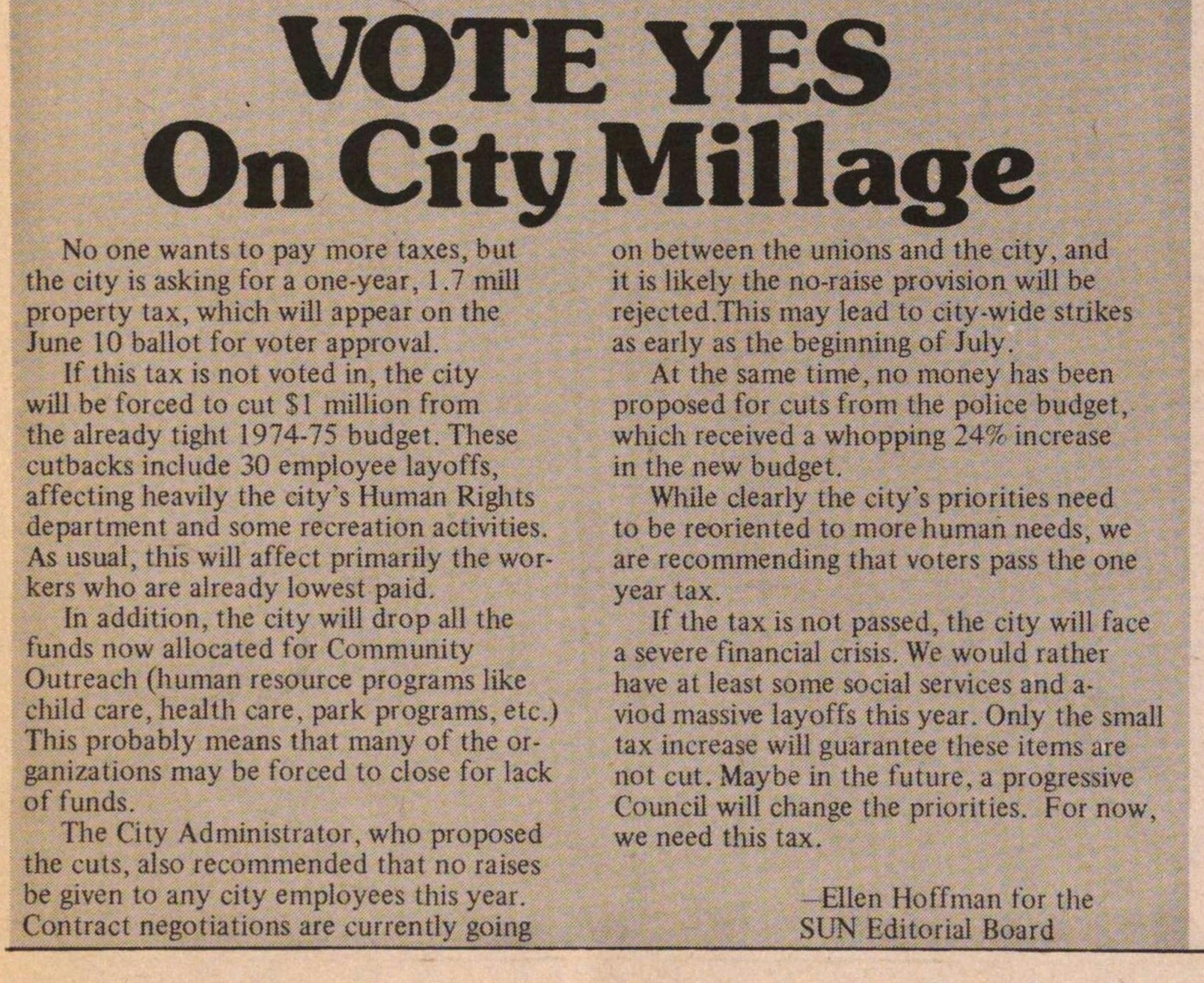 No one wants to pay more taxes, but the city is asking for a one-year, 1.7 mill property tax, which will appear on the June 10 ballot for voter approval.

If this tax is not voted in, the city will be forced to cut $1 million from the already tight 1974-1975 budget. These cutbacks include 20 employee layoffs, affecting heavily the city's Human Rights department and some recreation activities. As usual, this will affect primarily the workers who are already lowest paid.

In addition, the city will drop all the funds now allocated for Community Outreach (human resource programs like child care, health care, park programs, etc.) This probably means that many of the organizations may be forced to close for lack of funds.

The City Administrator, who proposed the cuts, also recommended that no raises be given to any city employees this year. Contract negotiations are currently going on between the unions and the city, and it is likely the no-raise provision will be rejected. This may lead to city-wide strikes as early as the beginning of July.

At the same time, no money has been proposed for cuts from the police budget, which received a whopping 24% increase in the new budget.

While clearly the city's priorities need to be reoriented to more human needs, we are recommending that voters pass the one year tax.

If the tax is not passed, the city will face severe financial crisis. We would rather have at least some social services and avoid massive layoffs this year. Only the small tax increase will guarantee these items are not cut. Maybe in the future, a progressive Council will change the priorities. For now, we need this tax.

-Ellen Hoffman for the SUN Editorial Board